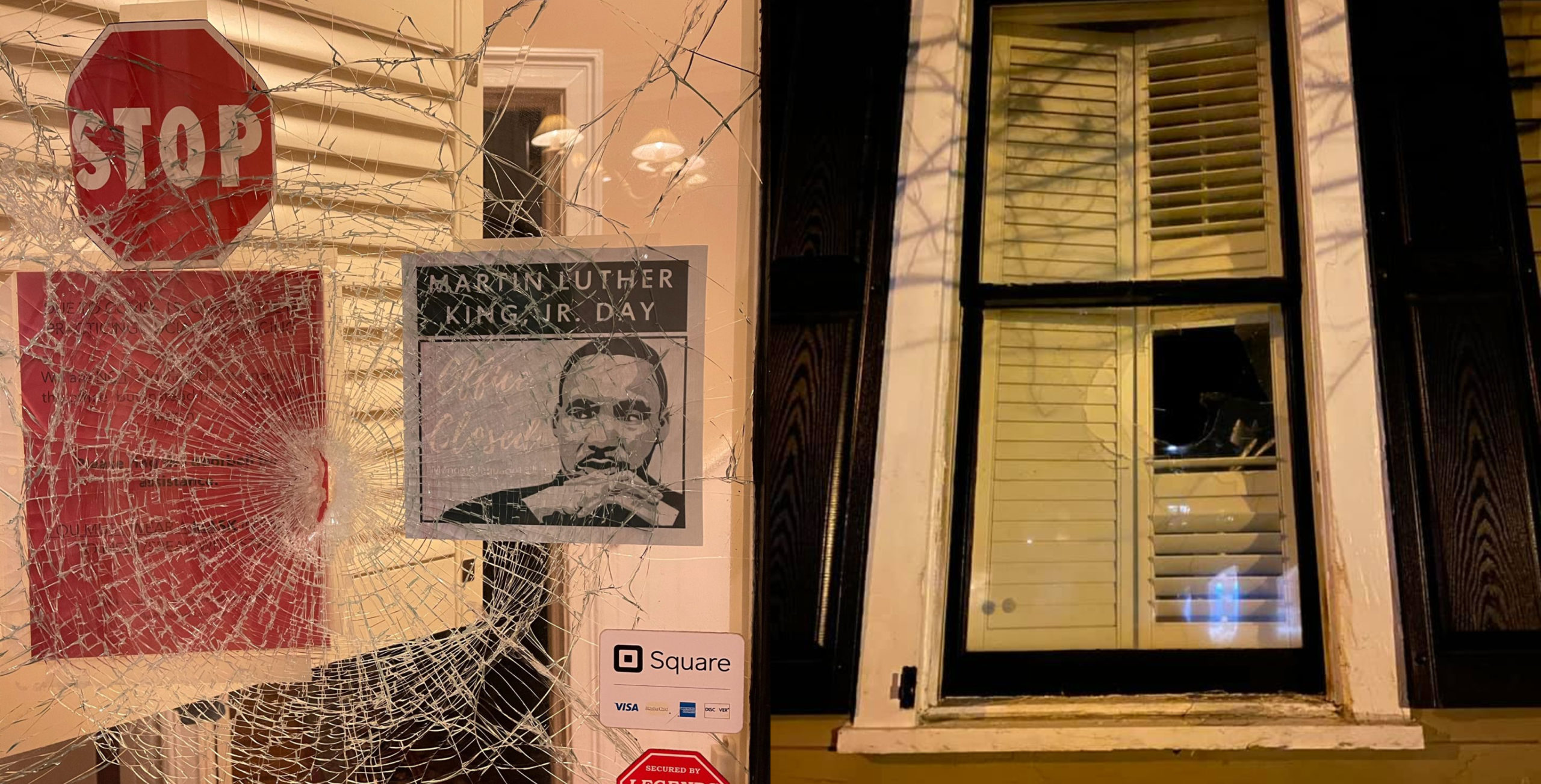 On social media, the black politician shared a photo of two broken windows at his office in Columbia, South Carolina smashed in.


“Anyone who thinks the fight for equality is over, is unfortunately mistaken,” Rutherford said.

The note said “first Beasley, now Hodges, you next. No votes for turncoats.”

Former South Carolina governors David Beasley and Jim Hodges made attempts to take down the confederate flag at the S.C. Statehouse.

“They can take a bumper sticker and they can put it on their car all day, but this is an official tag of the state of South Carolina,” Rutherford told the Post and Courier. “If a person wants a Confederate flag on their car, they can paint it on there like the Dukes of Hazzard and they should, so that we can recognize them for the vile, hateful people that they are.”