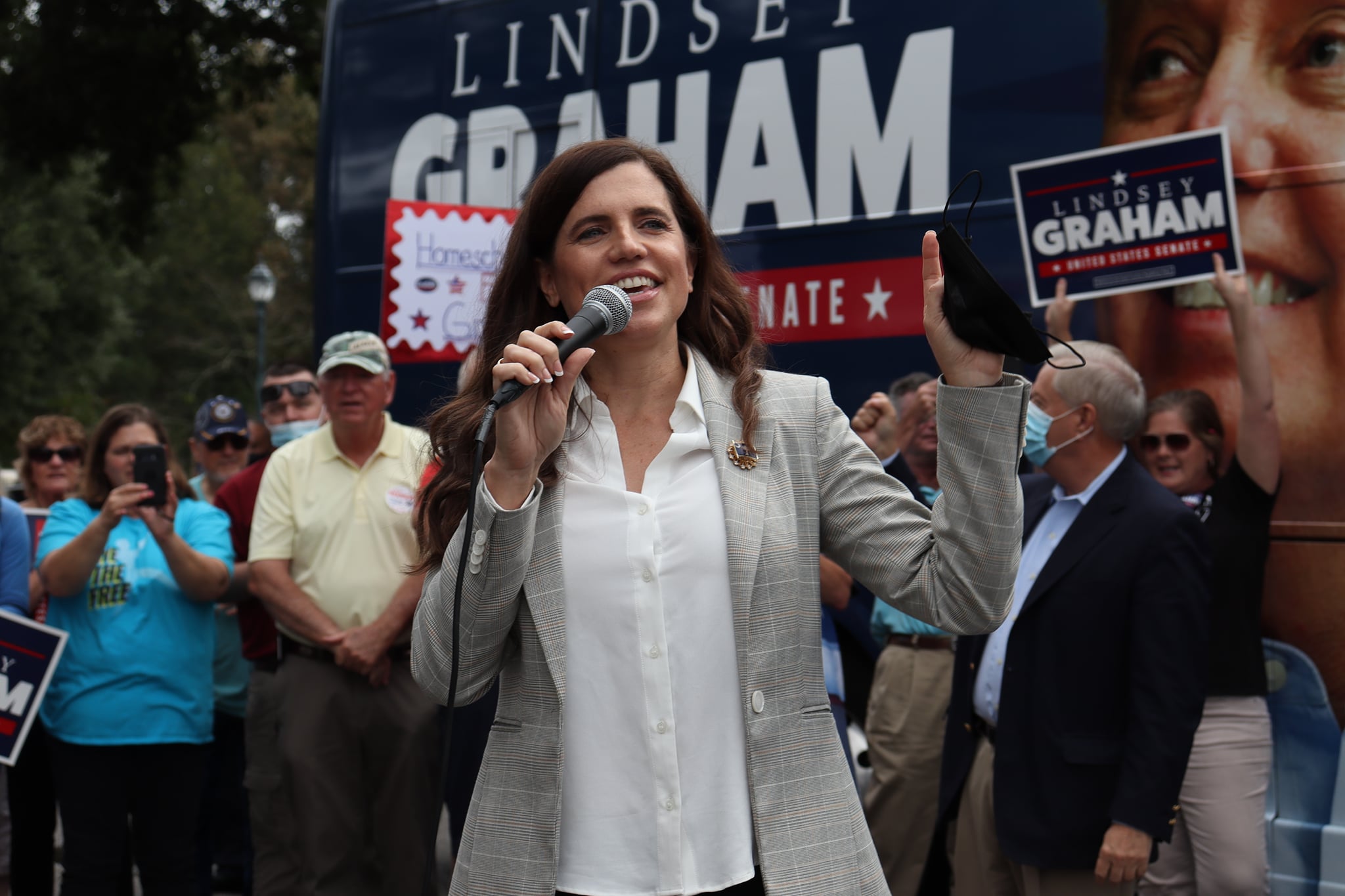 In a competitive race that came down to the wire, Republican Nancy Mace pulled off a historic upset by defeating Democrat Joe Cunningham in South Carolina’s first congressional district race early Wednesday morning.

With the win, the 42-year-old state lawmaker becomes the first Republican woman ever elected to the U.S. House of Representatives from South Carolina – and only the second female sent to Washington, D.C. by Palmetto State voters.

Democrat Liz Patterson was the first woman elected to congress from South Carolina. She represented the state’s fourth congressional district from 1987-1993.

Making history is nothing new for Mace, though, as she was the first woman to graduate from South Carolina’s formerly all-male, government-run military college – The Citadel.

“We made what many thought was impossible possible,” Mace told supporters.

Cunningham – a telegenic incumbent who successfully branded himself as a centrist – was heavily favored by pundits and pollsters to win reelection. However, Mace enjoyed what was clearly a decisive financial edge during the pivotal final weeks of the contest.

Cunningham captured this seat in 2018 – defeating former state representative Katie Arrington by a wafer-thin 1.4 percent margin. His victory – which ended nearly four decades of GOP control of the seat – was due in large part to former South Carolina governor Mark Sanford, who refused to support Arrington’s candidacy after she vanquished him in the June 2018 primary.

Sanford also refused to back Mace, although she did receive the endorsement of his successor – former governor and ex-U.S. ambassador to the United Nations, Nikki Haley.

Most pundits split the difference, assuming Cunningham would win comfortably …