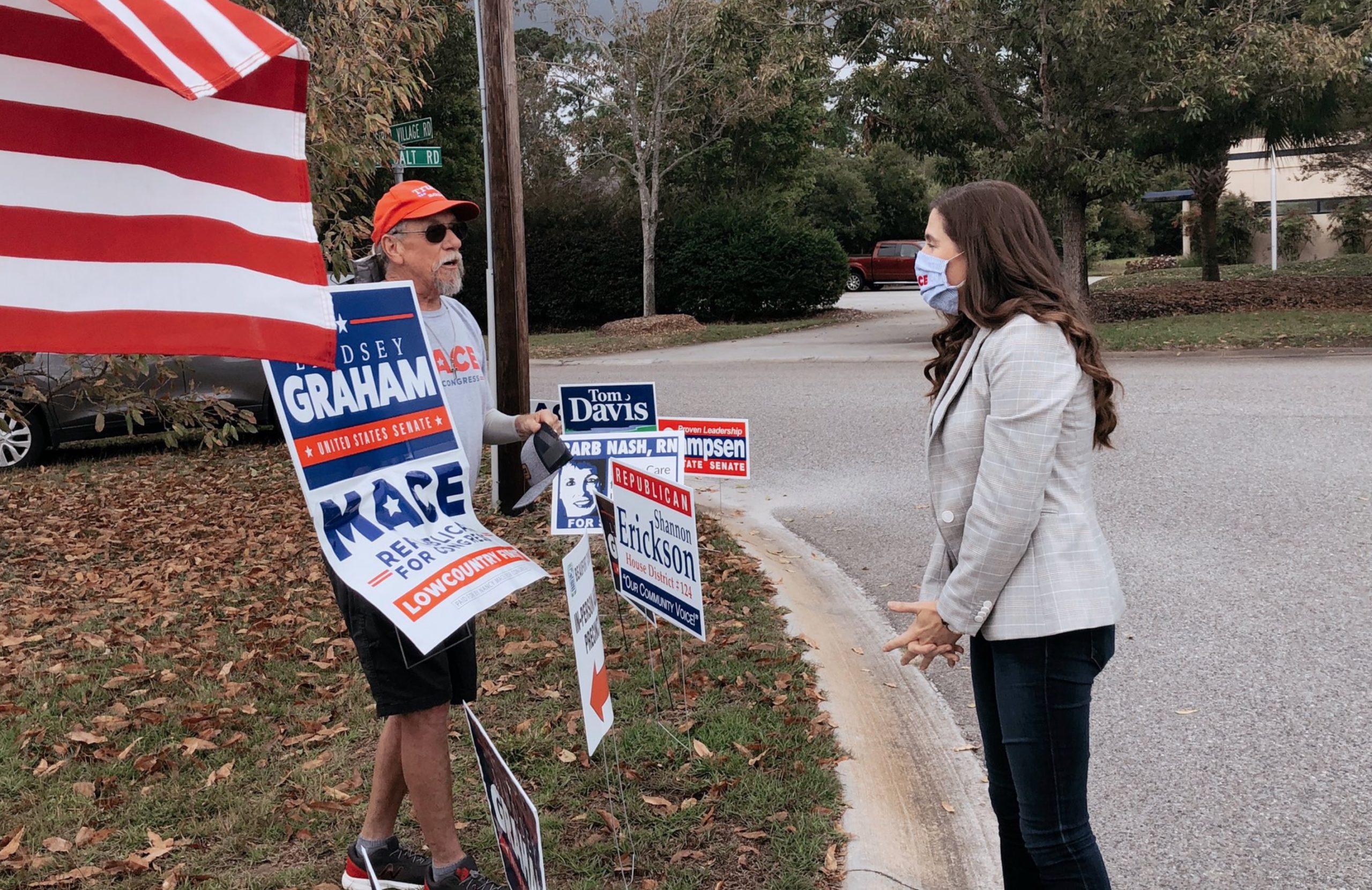 Republican challenger Nancy Mace has extended her cash advantage over incumbent Democrat Joe Cunningham in the waning days of the race for South Carolina’s first congressional district – reviving GOP hopes in a contest that many believed was slipping out of contention.

In the latest pre-election campaign finance reports filed with the Federal Election Commission (FEC), Mace reported raising $519,000 between October 1-14, 2020 – extending her impressive haul from July to September. That left her with $1.04 million to spend over the final three weeks of the race.

That’s a tremendous advantage for Mace – and it comes on top of the news that a national group is pumping another $1 million in television ads in support of her candidacy.

“We are outspending him on television,” one Mace strategist told us, also touting the work of a “huge ground/ get out the vote operation.”

Most believe the true state of the race lies somewhere in between those dueling surveys – although Mace’s fundraising momentum and the financial backing she is receiving from independent expenditure groups should translate into a narrowing of the numbers in her favor over the coming weeks.

Cunningham captured this seat in 2018 by defeating former state representative Katie Arrington by a wafer-thin 1.4 percent margin. His victory – which ended nearly four decades of GOP control of this seat – was due in large part to former South Carolina governor Mark Sanford, who refused to support Arrington’s candidacy after she vanquished him in the June 2018 primary.

Sanford has also refused to back Mace, although the 42-year-old state lawmaker did receive the endorsement of his successor – former governor and ex-U.S. ambassador to the United Nations, Nikki Haley.

Haley’s endorsement of Mace (despite their former squabbles) shows she has strong support amongst establishment Republicans – but the former campaign staffer to Ron Paul and Donald Trump also has deep roots within those segments of the GOP electorate.

Mace is hoping this “full spectrum” Republican backing will help her eat away at the surprising GOP and conservative support Cunningham has received.

The telegenic 38-year-old Kentucky native has kept his centrist “Lowcountry Over Party” image largely intact during the current campaign as efforts by Washington, D.C.-based special interests to nationalize the race have largely failed.

And of course there is the ongoing love affair between Cunningham and The (Charleston, S.C.) Post and Courier, the paper of record in this race.

“Cunningham is as comfortable at the beach as he is in the office,” a recent fawning profile in the paper noted. “Campaigning and traveling to D.C. have put many of his hobbies to the side, but he finds time to take the leash off of his dog and enjoy the surf.”

Cunningham is vulnerable on other fronts, though – and Mace’s cash advantage has her well-positioned to exploit those vulnerabilities.

As we frequently note in our coverage of this race, Mace was a part-owner of this news outlet for several years – however she sold her ownership stake in 2013 prior to launching an unsuccessful campaign for the U.S. Senate against Lindsey Graham.

(Graham is endorsing Mace in this election, however, and vice versa).

The first woman to graduate from South Carolina’s government-run military college, The Citadel, Mace is hoping to become the first Republican woman ever elected to congress from the Palmetto State.