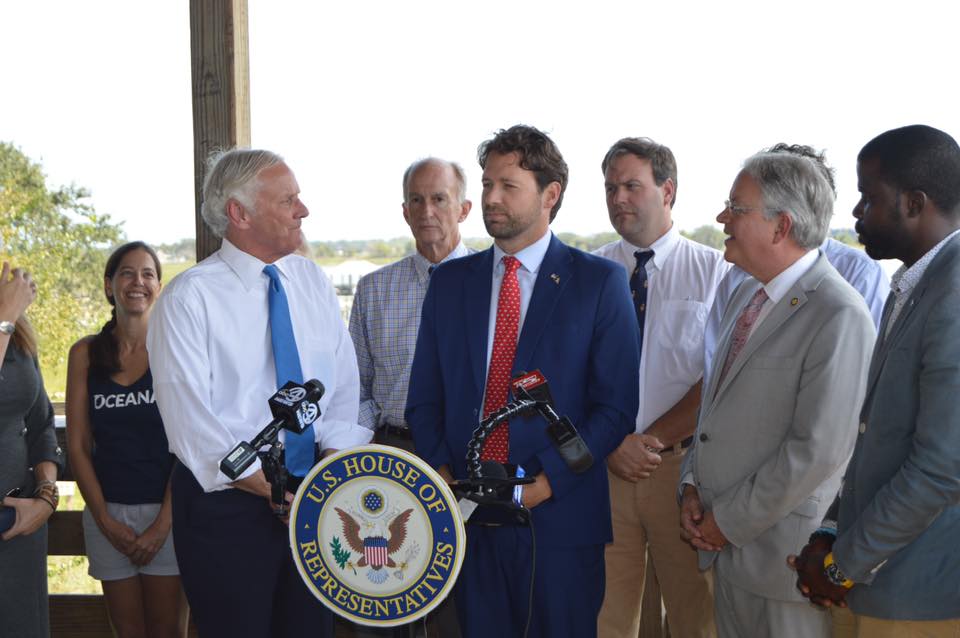 Republicans in South Carolina and Washington, D.C. are pointing fingers at each other over their ongoing inability to coalesce in the Palmetto State’s first congressional district – which was captured last fall by Democrat Joe Cunningham.

For nearly forty years the GOP held this district … and U.S. president Donald Trump won it by 13 points during the 2016 election. Cunningham pulled off a shocking upset last November, though – thanks in no small part to the refusal of outgoing congressman Mark Sanford to support Republican nominee Katie Arrington (who vanquished Sanford in the 2018 GOP primary).

At the state and national level, party officials have vowed to make SC-1 their top target in the 2020 election cycle. So far, though, they are stumbling badly in their efforts.

You know, turning opportunity into … the opposite.

The latest friction – over an ill-wagered pop against Cunningham’s wife, Amanda Cunningham – has sparked serious recrimination and prompted concerns over the GOP’s broader “failure to launch” in the first district.

One GOP activist who reached out to us blamed the state party, saying its leaders have failed to make good on their promise to hire a staffer to manage this district beginning in August – and for failing to make good on fundraising boasts. The activist also told us U.S. senator Lindsey Graham had not been “engaged” in the district “as promised.”

Meanwhile, Republican governor Henry McMaster (eager to improve his abysmal 2018 performance in the Lowcountry) severely undercut the GOP by appearing at a recent press conference with Cunningham in opposition to offshore drilling.

McMaster didn’t improve his own standing via his appearance, but he did gift-wrap a “bipartisan” victory for Cunningham.

Finally, local and state party leaders are reportedly livid with the National Republican Congressional Committee (NRCC) over its weak and pointless hit on Amanda Cunningham – which compromised one of the few credible avenues of attack against the ostensibly “moderate” first-term congressman.

So … where does the GOP go from here?

Sources close to the SCGOP tell us the party has a “super hard worker” lined up to oversee its efforts in the district beginning later this month – and at least two fundraisers scheduled for later this year. Of course the state party could very well need that money to defend against the lawsuit filed against it over the controversial decision to cancel of the 2020 “First in the South” presidential primary as a sop to Trump.

As for Cunningham, money is not an object …

In addition to his own campaign war chest, Cunningham’s reelection is being backed by liberal special interest groups like 314 Action – a radical environmental outfit that dropped a whopping $525,000 into the 2018 race on his behalf. This group is already running ads ahead of the 2020 race touting Cunningham’s offshore drilling opposition – as well as his supposed status as “one of America’s most independent members of congress.”

And yes, clips from his press conference with McMaster were shown along with the “bipartisan” tag.

“We are going to make sure we do everything we can do to defend his seat,” the group’s executive director Josh Morrow told reporter Caitlin Byrd of The (Charleston, S.C.) Post and Courier back in August.

As of this writing, Republicans are doing all they can to help Cunningham defend it, too …