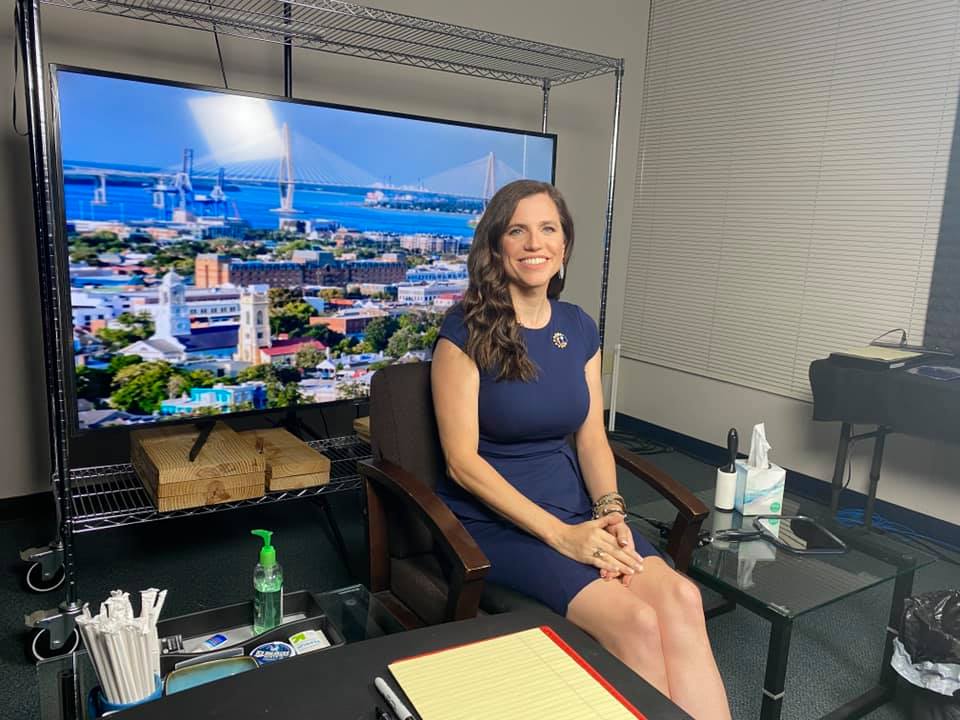 by WILL FOLKS || So apparently all of the push polling attacks against second-term state representative Nancy Mace were leading up to something … and that something is about to hit.

According to my Lowcountry sources, supporters of first-term U.S. congressman Joe Cunningham are about to launch an attack ad targeting Mace – the GOP nominee for the Palmetto State’s first congressional district.

The focus of the attack? Mace’s former association with my news outlet.

“Cunningham has a commercial involving FITSNews and Mace,” one of the sources said. “They are testing it right now.”

The attack ad is apparently intended to weaken Mace’s credibility as a small businesswoman by impugning her involvement with … well, me.

The specific language of the attack ad was not immediately available, but previous push-polling has blasted Mace for her former ownership interest in FITSNews – which it referred to as a “political gossip website that demeans women.”

Push-polls, for those of you uninitiated, are not real surveys but rather instruments of political propaganda – messages disguised as surveys that intend to influence public opinion on a broad scale.  Usually these “polls” spread negative information about one or more candidates … often without any attribution.

Will Cunningham put his name on this particular attack?

FITSNews is certainly no stranger to being targeted (nor am I a stranger to it on a personal level). It comes with the territory. And to be perfectly clear: I have no problem with such attacks. Considering I pull no punches in assessing the actions (and inaction) of influential individuals and powerful institutions in the Palmetto State, it only makes sense that people sometimes punch back.

It will be very interesting if Cunningham throws this particular punch himself, though … particularly after I reached out to him personally earlier this year and extended FITSNews’ open microphone to him and his campaign.


As for Mace’s history with this website, it was addressed briefly in a post back in May. But I will reiterate it here: Mace was a part-owner of this news outlet for several years, however she sold her ownership stake in the company in 2013 prior to launching an unsuccessful campaign for the U.S. Senate against Lindsey Graham.

She has had no connection to the website since.

During her time with FITSNews, Mace never had any involvement with its editorial direction. That was – and is – my job.

FITSNews has clearly evolved – and grown – considerably over the years. As have I. This is not the same news outlet it used to be, and I am not the same person I was back then.

It is still evolving, too. Still growing.

The work we are doing speaks for itself … and will continue to do so.

So if Cunningham wants to come after me and my site to further his electoral aims, I am not going to take offense … although I will more than happily take the clicks.

And I am proud of the product we are putting out into the Palmetto State’s marketplace of ideas.

Also, even as Cunningham is launching such a hit, he should know … my microphone is still open to him. Always. Even if he wants to use it to attack me!

Cunningham claimed a narrow victory in November 2018 in a district the GOP had held for nearly forty years – in large part because the outgoing lawmaker, former governor Mark Sanford, refused to support Republican nominee Katie Arrington (who had previously vanquished him in the June 2018 GOP primary election).

National Republicans have made reclaiming this seat their No. 1 priority in the 2020 election cycle … and national Democrats (and liberal special interest groups) are spending heavily to keep them from flipping it back.

Also, Cunningham has received some surprising conservative backing in his bid to hang on to the district …