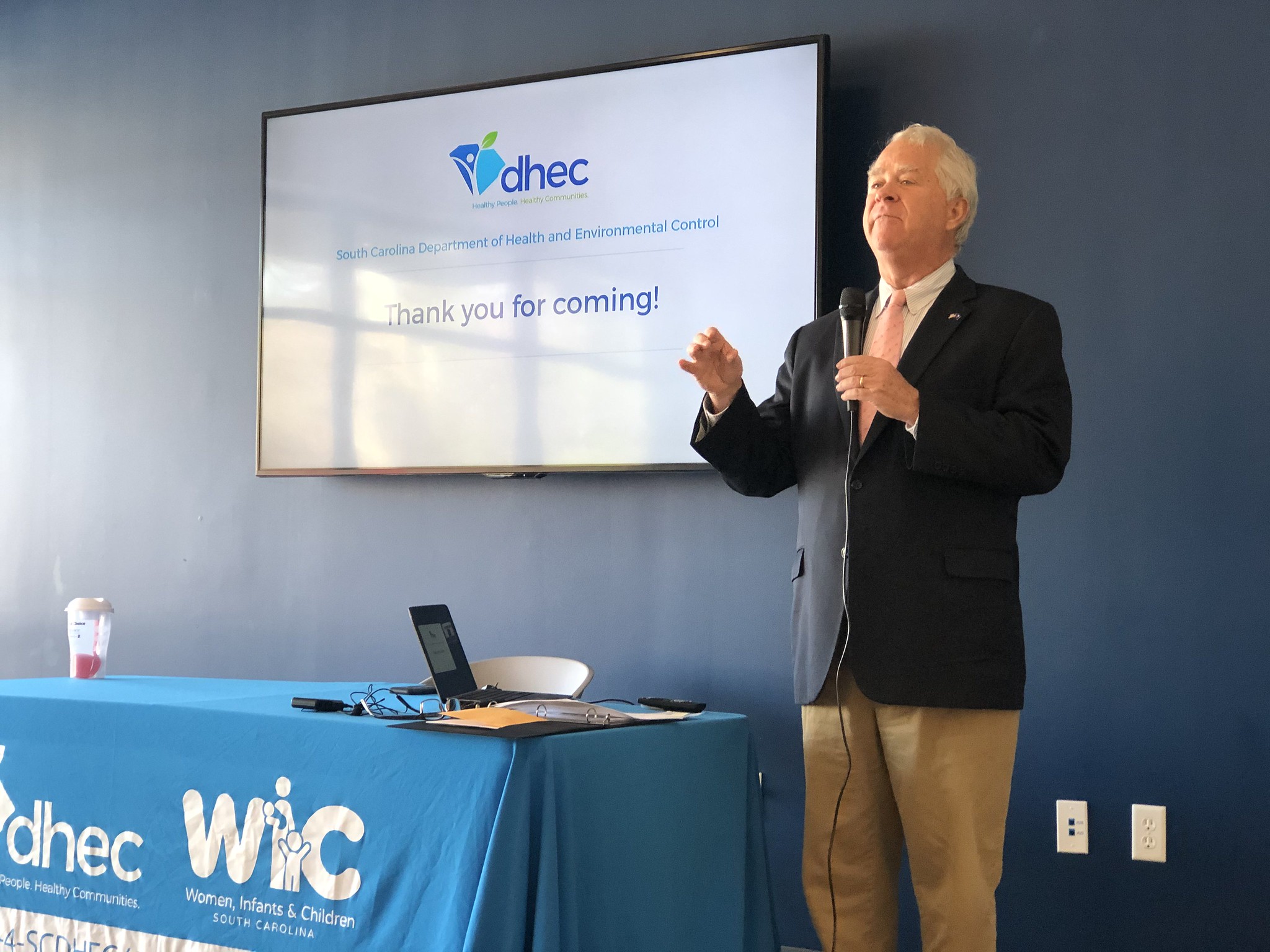 South Carolina’s rudderless public health agency is seeking a replacement for the political appointee who abandoned his post in the middle of the coronavirus pandemic earlier this year. So yeah … here’s hoping this search process goes better than the last one, right?

Board members of the S.C. Department of Health and Environmental Control (SCDHEC) met behind closed doors in Columbia, S.C. on Tuesday, October 13, 2020 “in connection with the search for an agency director,” according to an official media advisory.

Two weeks into the pandemic, Rick Toomey – a former SCDHEC board member – announced he was taking a leave of absence as director of the agency due to high blood pressure.

A few weeks after that, Toomey announced he was stepping down for good.

Toomey was hired as SCDHEC’s director in December 2018 – a controversial move that was announced shortly after his former colleagues on the board (all of whom serve at the pleasure of governor Henry McMaster) “reopened” their nationwide search.

We criticized SCDHEC at the time for conducting a “secretive process that certainly appears to have been rigged to select Toomey.”

Toomey’s selection was not popular within the agency, either – as several top SCDHEC leaders headed for the exits shortly after he came on board.

South Carolina-based firm Find Great People led the last SCDHEC director’s search. According to our sources, the same company has been tapped to lead the search for Toomey’s replacement.

Why? Because in Palmetto State governance, failure is invariably rewarded …

Incidentally, Find Great People is also leading the search for a new president of the crony capitalist S.C. Chamber of Commerce – which has turned into a four-alarm dumpster fire under the “leadership” of outgoing president Ted Pitts.

According to our sources, the SCDHEC search process is just now getting underway – even though Toomey’s resignation announcement was made all the way back on May 28, 2020 (nearly five months ago).

In other words, we are looking at yet another lengthy vacancy at the helm of this agency.

As we noted in our coverage of his resignation, SCDHEC went seventeen months without a director prior to Toomey’s selection. Former director Catherine Heigel – whose tenure at the helm of this agency was widely praised – announced her resignation in July of 2017, six months after McMaster was sworn in as governor.

Heigel took over at SCDHEC in June of 2015 after former governor Nikki Haley’s first choice for the position – Eleanor Kitzman – was forced to withdraw her name from consideration.

SCDHEC has been led on an interim basis since July 11, 2020 by Marshall Taylor – its chief legal counsel.


Our view on all of this shuffling? McMaster and his cronies on the SCDHEC board have demonstrated a galling lack of leadership at this agency … although that is hardly unique in his clusterf*ck of a cabinet.

SCDHEC has been widely panned for its inconsistent management of the pandemic – which many attribute to the talent drain that took place shortly after Toomey took over the reins of the agency.

Some of that criticism has come from within, too …

Earlier this year Linda Bell – the state’s epidemiologist and the most visible member of SCDHEC’s COVID-19 response team – referred to McMaster’s handling of the virus as “manipulative.” In fact, Bell told McMaster’s office she would no longer stand beside the governor at media briefings “without speaking to what the science tells us is the right thing to do.’’

Nice to see such a coordinated response to a public health crisis, isn’t it?

Stay tuned … this news outlet will keep our readers in the loop as SCDHEC’s latest director’s search ramps up.