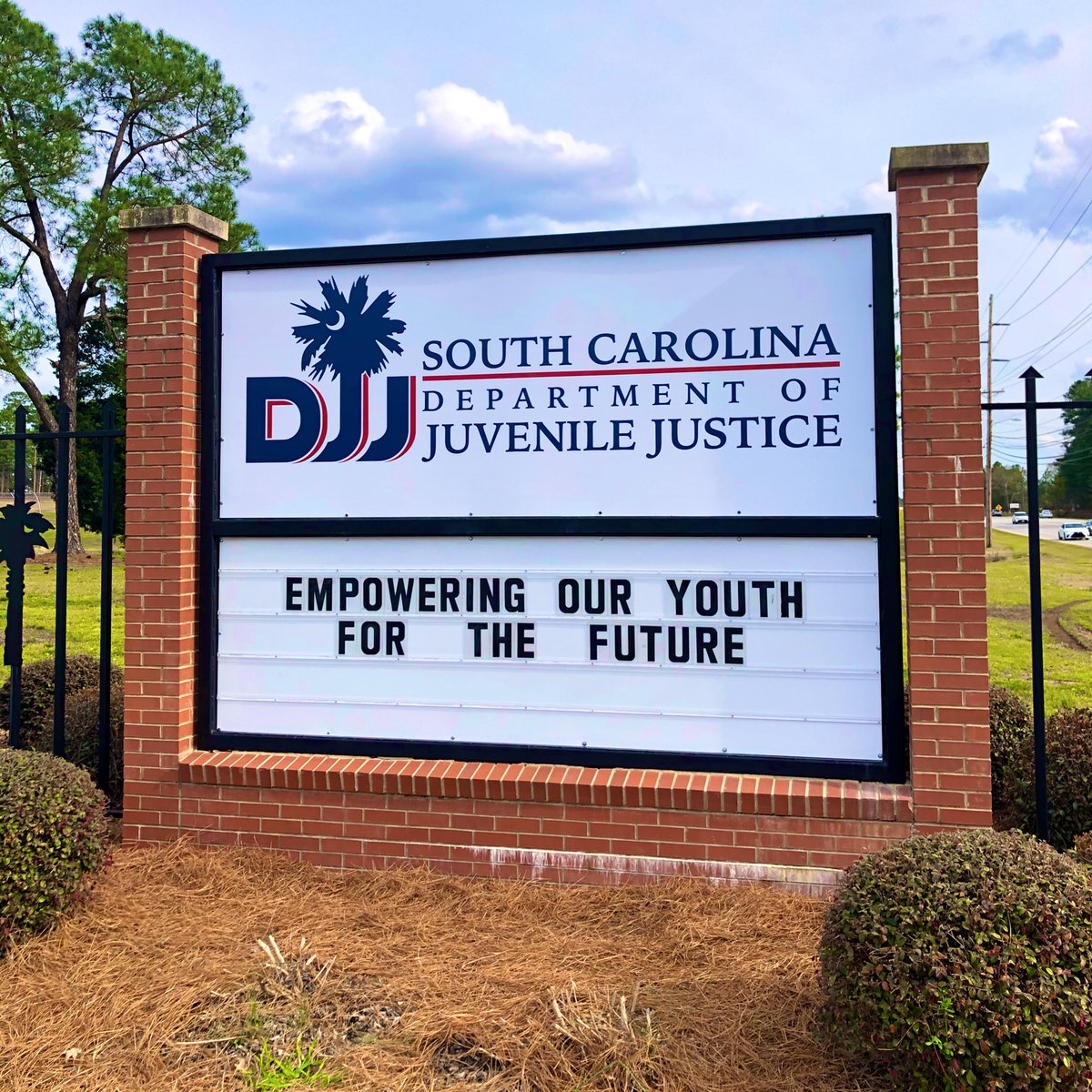 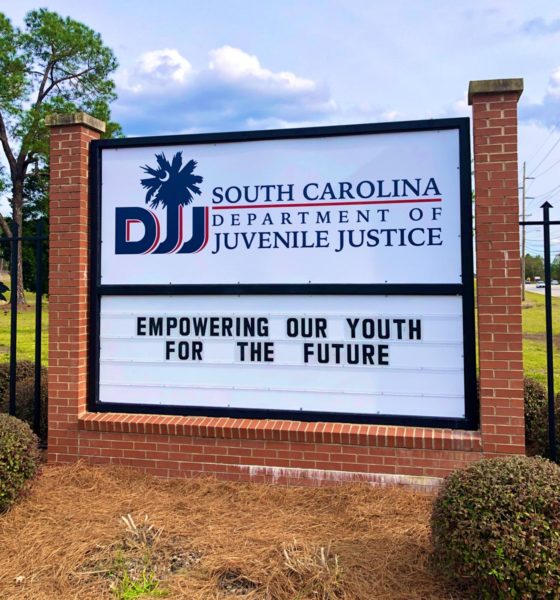 More problems at the SCDJJ…

For months, sources have been sounding the alarm on the escalating “out of control” situation at the South Carolina Department of Juvenile Justice (SCDJJ). Last week, two lawsuits were filed detailing the mounting problems —mostly concerning staffing and safety — at SCDJJ facilities.

An inmate at the SCDJJ who says she was one of four girls sexually assaulted during a riot at Midlands Evaluation Center in Columbia, South Carolina on December 15, 2019 filed a lawsuit against the SCDJJ on July 30 in the Richland County Court of Common Pleas.

On the same day, another SCDJJ inmate who was hospitalized with injuries during the December 15, 2019 riot filed a lawsuit against SCDJJ.

Midlands Evaluation Center is described in the lawsuit as “a residential court-ordered evaluation center for adjudicated juveniles from the coastal area,” that “had a long history of overcrowding, violence, poor staffing models and inadequate treatment for the minors in their custody – this placed these minors in danger of physical and sexual assaults, as well as increasing the real probability of worsening their underlying problems while increasing their recidivism.”

The lawsuit alleges that SCDJJ failed to provide the sufficient amount of properly trained security guards throughout the facility on December 15, 2019 and officials should have known that this would lead to dangerous conditions for inmates.

That evening, one Midlands Evaluation Center guard, Ya’Kerrie Tolbert, was on duty inside the Pearl Unit as a fight broke out among female inmates, according to the lawsuit.

Tolbert then took the non-aggressive female inmates — including the plaintiff, who will be referred to in this story as “Jane Doe” as she is a minor and an alleged sexual assault victim — into the hallway and left the rest of the Pearl Unit unsupervised, according to the lawsuit.

Another officer, Cpt. Nicole Carter, stepped in to help to try to de-escalate the situation, the lawsuit said.

“However, before any control could be gained, the Unit door popped open and the girls within the Unit ran out into the hall – resulting in several physical altercations among the juvenile inmates,” the lawsuit said.

Adding to the already chaotic situation, male inmates who were in the gym next door to the Pearl Unit heard the commotion and then broke into the hallway where the non-aggressive females were placed. According to the lawsuit, the male inmates were not under proper supervision at the time.

“At this time there was a conscious failure of the correctional staff
to maintain control of the situation,” the lawsuit said. “This immediately subjected the plaintiff to foreseeable danger and the ultimate assault.”

Then, one of the juvenile male inmates “violently” grabbed Jane Doe, pulled her into the gym, and sexually assaulted her, according to the lawsuit.

Jane Doe was one of four juveniles who was sexually assaulted in the riot. All four were taken to the hospital for evaluation and treatment and sent back to SCDJJ that night.

The other female inmate who also filed a lawsuit against SCDJJ on July 30 was violently assaulted “in punches/kicks to her head, chest, back and stomach, eventually losing consciousness,” the lawsuit said. She was also treated at the hospital for her injuries and released back to the SCDJJ that same night.

The lawsuits accuse the SCJJ of failing to properly investigate both incidents in question.

“As a result, the above-mentioned staff/inmates responsible for the
sexual and other assaults will most likely go unpunished and unprosecuted,” the lawsuit said.

WIS News 10 reported in December 2019 that SCDJJ and SLED were investigating the incident.

Between September 2017 and July 2018, SCDJJ officials investigated 10 sexual assaults at the Midlands Regional Evaluation Center, according to a state audit report (below). In two of those incidents, SCDJJ staff members were accused of sexually assaulting inmates.


The audit did not include the number of sexual assaults reported to SCDJJ authorities at that time, but said 243 grievance forms were filed — including all sexual abuse and harassment complaints.

The lawsuits accuse the SCDJJ of neglicence in allowing “gross overcrowding” at Midlands Evaluation Center and failing to provide and properly train its officers to prevent violent situations like this one.

Specifically, the lawsuit accuses SCDJJ of using “woefully outdated” training policies and procedures that have not been approved by the Criminal Justice Academy as required by state law.

The lawsuit also accused SCDJJ of violating its own policy that requires non-violent offenders and rape victims to be separated from those with a history of violence.

Both inmates are being represented by Georgetown, South Carolina attorneys Carter Elliott Jr. and William Edgeworth.

This news outlet has reported on the worsening conditions at the SCDJJ facilities for several years.

In February, the Department of Justice (DOJ) found that conditions at the Broad River Road Complex (BRRC) in Columbia, South Carolina, violate the Fourteenth Amendment of the Constitution.

Multiple sources familiar with the situation told FITSNews that most of the problems at the SCDJJ revolve around lack of staffing.

“It’s just not safe for us,” an SCDJJ source said about guards at the Broad River Road Complex. “And it’s only going to get worse.”

The facility is no stranger to violence, which has caught the attention of state lawmakers. FITSNews founding editor Will Folks wrote the following in March:

“Specifically, state representatives Phillip Lowe and Kirkman Finlay have been ramping up the pressure on SCDJJ, wanting to know why the agency is still struggling more than three years after the SCLAC ripped it for a wide range of failures related to both inmate safety and fiscal mismanagement.

Meanwhile in the S.C. Senate, Katrina Shealy and Shane Martin are leading efforts to hold the agency accountable – recently requesting a special subcommittee be appointed to dig deeper into the allegations raised by DOJ.”

FITSNews has reported on multiple prison brawls at Broad River Road complex — a campus operated by the SCDJJ, which our founding editor has called “one of the many dysfunctional agencies that make up the Palmetto State’s “Mo Money, Mo Problems” government.”

Adding to the mounting violence and issues at BRRC, sources tell us that the SCDJJ began separating inmates by gang affiliation earlier this year. In May, sources told FITSNews of two incidents where guards were seriously injured by SCDJJ inmates.

The recent incidents have sparked a fire in Katrina Shealy – who has been working on making changes and holding the agency accountable for years.

Shealy wrote on Facebook in May that she’s “fighting a battle for the children at the Department of Juvenile Justice.” Shealy said SCDJJ needs more rehabilitation programs for the kids to focus their energy on.

“There was a time we had really good programs at the (SCDJJ) where we taught electrical skills, carpentry, welding, upholstery, the children learned to write poetry and music,” she wrote. “We even built a House for Habitat for Humanity and raised if over the fence! The kids were so proud.”

She continued, saying now they lock kids up by gangs and give them few options for occupying their time.

“SC is better than this and I will work with everything I have to make it better. I don’t want to see the same faces at the Department of Corrections as I am seeing at DJJ,” Shealy wrote. “I don’t want the citizens of SC to be victimized by youth that should have been rehabilitated but were not. These kids can be productive citizens in SC but only if they are given the tools now. I will not sit on the sideline and watch as ‘children’ fail.”