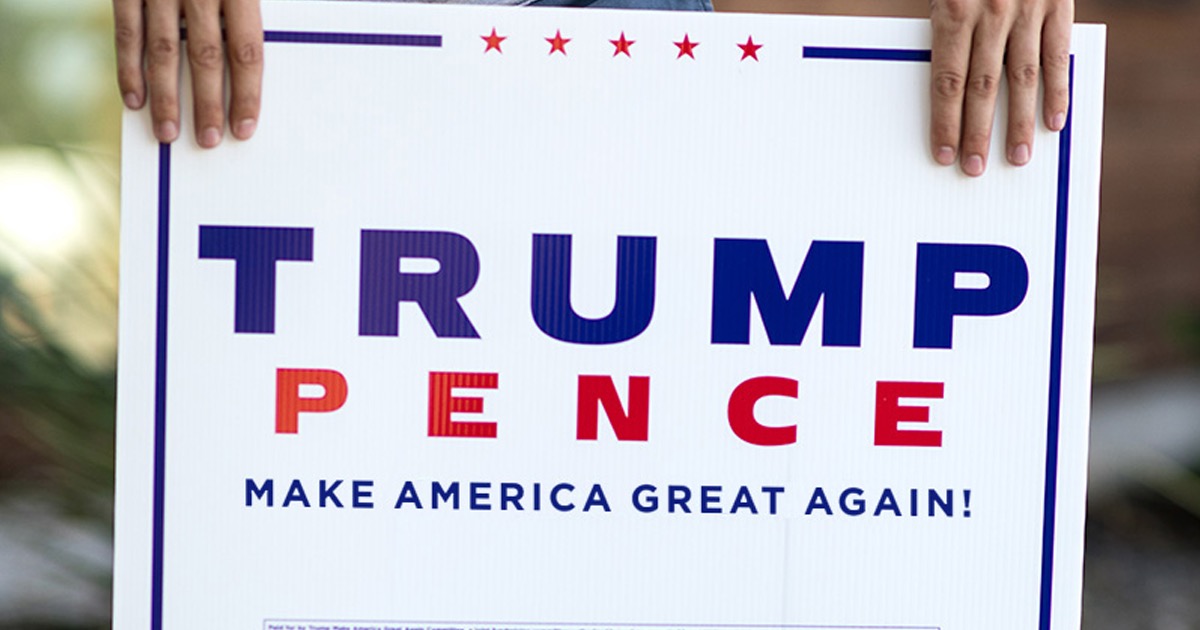 The chairman of the Georgetown county, South Carolina board of voter registration and elections – and his wife – stand accused of removing and vandalizing lawfully placed political signs supporting U.S. president Donald Trump.

According to the website Georgetown And Beyond, board chairman Dean Smith and his wife – Rita Smith – were caught in the act on a deer camera installed by a Pawleys Island, S.C. property owner who claimed Trump signs kept disappearing from his front yard.

Images taken from the deer camera depicted the Smiths removing signs from the property, while another image showed Rita Smith writing the word “Dump” above Trump’s name on a sign that she left on the property.

Yeah … anybody care to guess how ballot disputes in this county are going to wind up getting “resolved?”

Georgetown sheriff Carter Weaver has asked the S.C. State Law Enforcement Division (SLED) to investigate the matter owing to his status as a candidate on the November 3, 2020 ballot.

We are not sure a SLED investigation is necessary, but we certainly believe there needs to be some accountability when ostensibly impartial election officials participate in such behavior.

So … what do the Smiths have to say for themselves?

According to Rita Smith, she was merely performing her duties as president of the Rosecrest homeowners association when she removed the Trump signs.

“I had seen some signs that were at the entrance to Rosecrest property and it is very vague as to where the property lines are,” Rita Smith told Georgetown And Beyond. “And I believe those signs were on Rodecrest property and they were a violation of our HOA covenants. And so, I removed them. If there is anything here, I think it is an honest misunderstanding.”

But wait … what about the pictures of her defacing one of the signs?

Smith had no answer on that count …

Oh, and in case there was any doubt as to what may have been the real reason for the removal/ defacement of these signs, here is a photo of Smith and her husband that she posted to her Facebook page this summer …

The property owner referenced in the complaint was not identified by law enforcement. In fact, the complaint about the missing/ vandalized signs was filed by Georgetown county GOP chairwoman Karol Anderson.

Our view? Removing or defacing lawfully placed signs is wrong (criminally so, in fact) no matter who does it. For an election official to engage in such nonsense? That is inexcusable.

While this news outlet is not endorsing Trump or Democrat Joe Biden this fall – we are backing a candidate who actually stands for what we believe in – we do believe strongly that supporters of candidates should be permitted to display their electoral preferences without fear of interference or intimidation from thieves and/ or vandals.

Especially if those thieves/ vandals run the local election board …