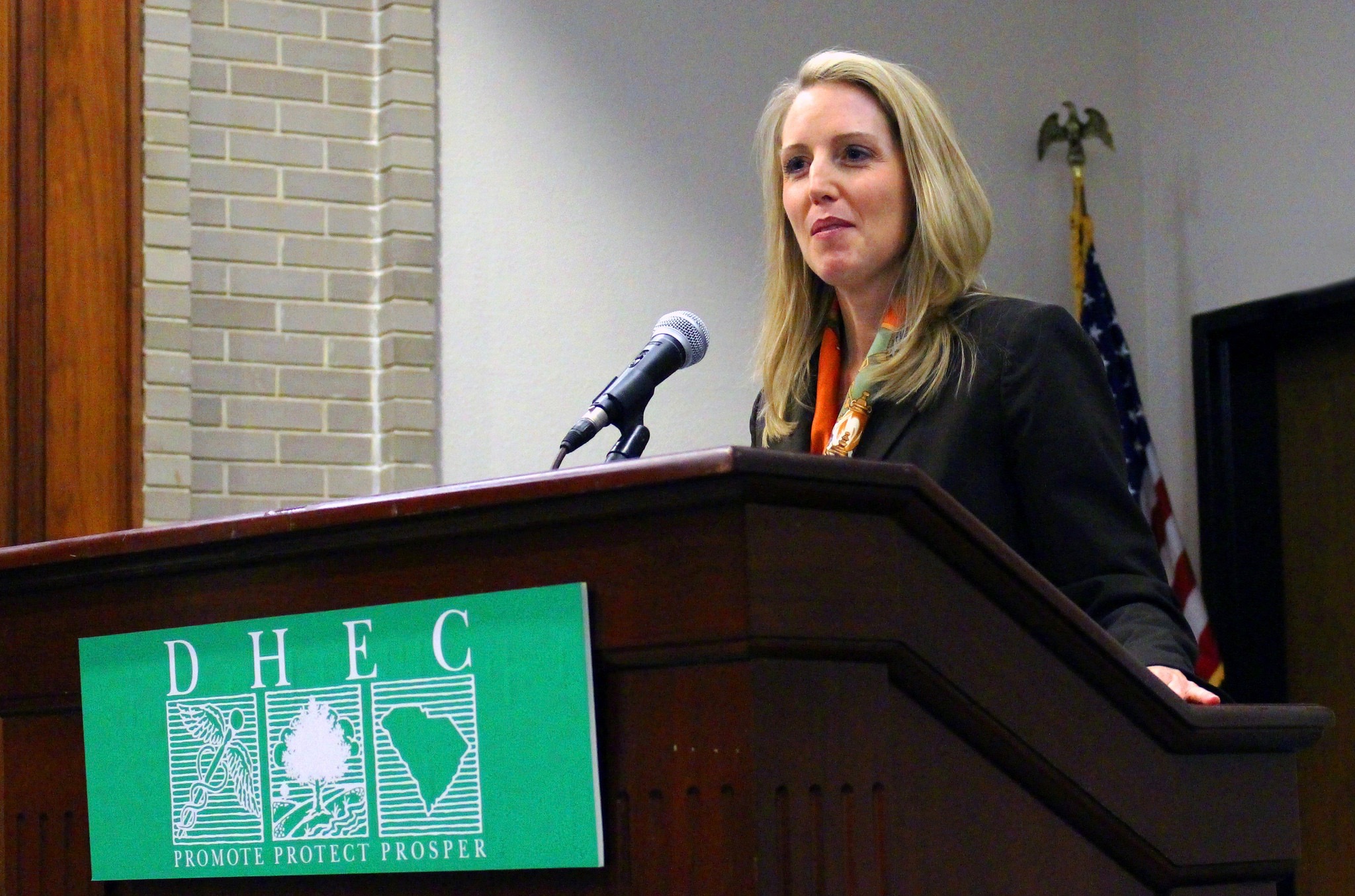 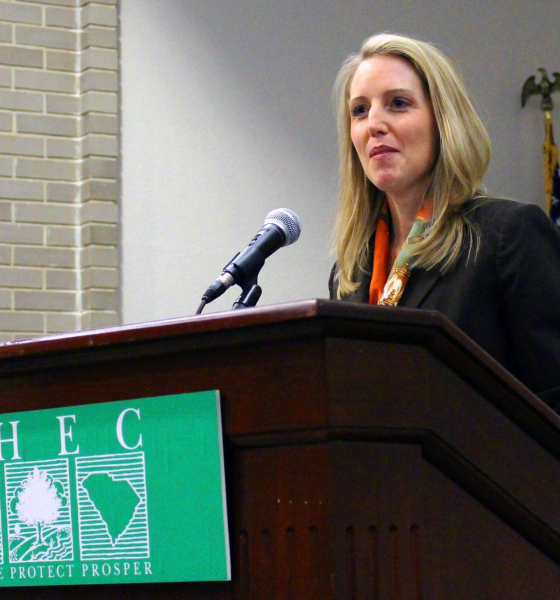 There is a depressing story in today’s print editions of The (Columbia, S.C.) State newspaper about the failure of the South Carolina Department of Health and Environmental Control (SCDHEC) to find a replacement for former director Catherine Heigel.

Heigel (above) announced her resignation in July of 2017.  Since her departure, the agency has been run by acting director David Wilson – its former legislative affairs leader.

According to reporter Sammy Fretwell of The State, SCDHEC “is still looking” for a new leader – “despite hiring a consultant and spending 13 months searching for someone to run the sprawling agency.”

Thirteen months?  We count at least fifteen months, but either way … embarrassing.

Fretwell said the agency’s governing board interviewed “several candidates earlier this fall” out of an applicant pool of 108 people.  None of them appear to have made the cut, though, because the agency announced this week its intention to reopen the search.

“The board has moved in a thoughtful manner since the end of 2017 to ensure the best candidate is selected,’’ its chairman Mark Elam wrote in an email to employees. “In keeping with this goal, the board is re-opening the posting for this position today for a short time to make sure any other highly qualified candidates can be considered.”

An attorney, Heigel took over at SCDHEC in June of 2015 after former governor Nikki Haley’s first choice for the position – Eleanor Kitzman – was forced to withdraw her name from consideration.  During her tenure, Heigel was well-liked by environmentalists and small businesses but received mixed reviews from some of the state’s larger corporate interests.

She did keep SCDHEC’s budget growth under control – as did her predecessor, former GOP gubernatorial candidate Catherine Templeton.

SCDHEC is run by an eight-person board of directors – one from each of the state’s seven congressional districts and one representing the state at-large.  Unlike many executive agencies in state government (which are governed by boards controlled by leaders in the S.C. General Assembly), all of SCDHEC’s appointees are made by the governor – which in our view makes this board superfluous.

“Seriously … if all of the appointees are made by the governor, why not just have the governor appoint the director?” we wrote last year.

Depending on qualifications, SCDHEC’s next director – assuming it can find someone to take the job – would make anywhere between $163,000 and $213,000 a year, not counting benefits.

Got something you’d like to say in response to one of our stories? Please feel free to submit your own guest column or letter to the editor via-email HERE. Got a tip for us? CLICK HERE. Got a technical question or a glitch to report? CLICK HERE. Want to support what we’re doing? SUBSCRIBE HERE.
Banner: SCDHEC