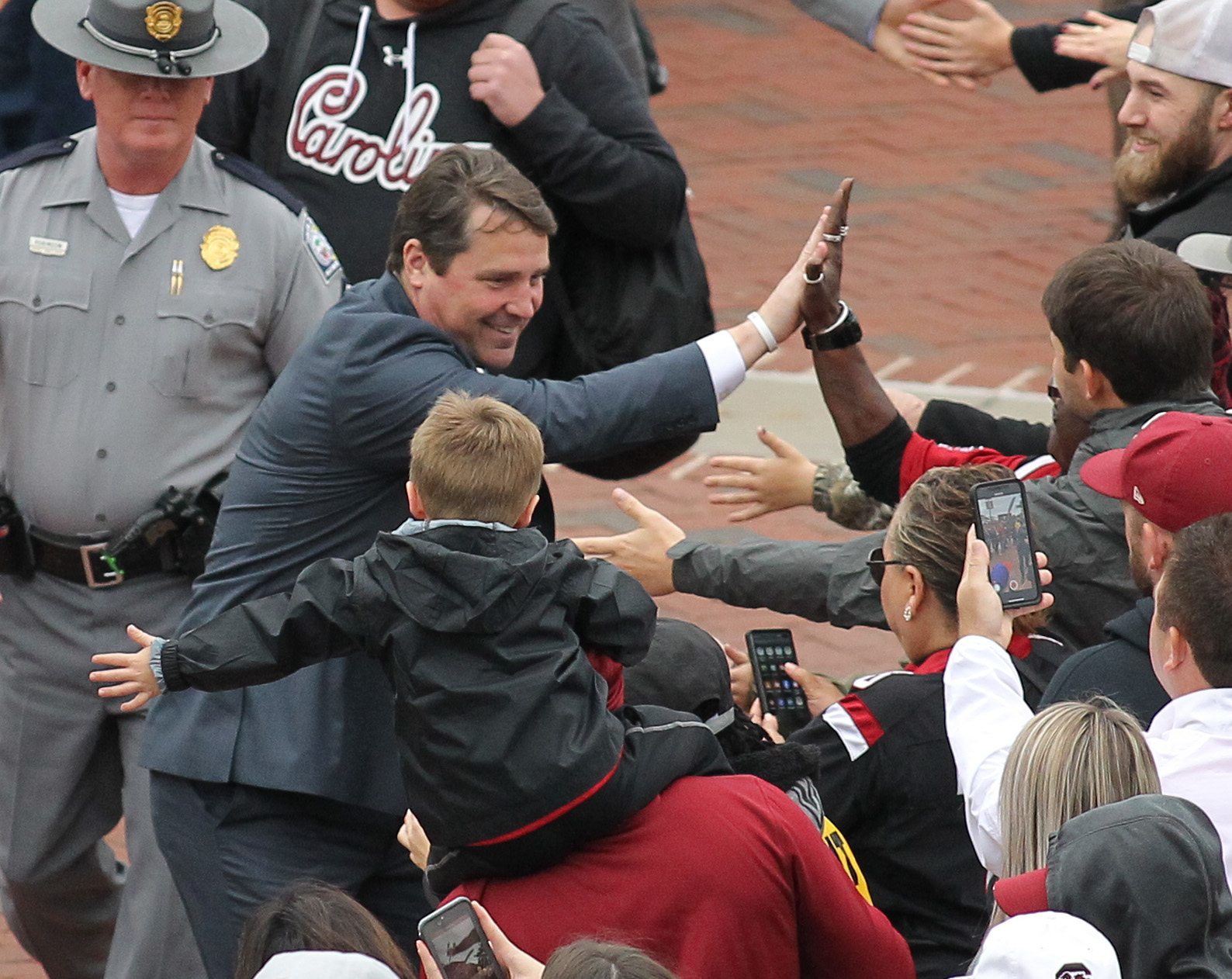 Fifth-year University of South Carolina head coach Will Muschamp hasn’t given Gamecock fans much to cheer about over the last few years – and with crowd limits and social distancing in effect for the foreseeable future due to the coronavirus pandemic, Williams Brice stadium is unlikely to be the imposing home field advantage it once was.

Still, Muschamp had an exhortation to the Gamecock faithful ahead of Saturday’s 31-27 season-opening loss to Tennessee …

“It’s time for Carolina football, so get the f*ck out of your seats,” Muschamp said in a video posted to social media during the game. “Spurs Up!”

We don’t really know where to start with this video … the F-bomb? Or the fact the school’s “Spurs Up!” football motto suffered considerable (and justifiable) mockery leading up to Saturday’s game when a massive $1 million “Fighting Gamecock” statue was unveiled in front of the stadium … without spurs.

So much for that “Spurs Up!” hashtag …

School officials confirmed to reported David Cloninger of The (Charleston, S.C.) Post and Courier that the video posted online was authentic. They told Cloninger the clip was an outtake from a filming session two years ago, that it was never intended to be released to the public and that they have no idea how it found its way to social media.

Muschamp – who is on the hottest seat of any coach in the Southeastern Conference (SEC) – fell to 26-26 as the Gamecocks’ head coach after Saturday’s loss to the Volunteers. The 49-year-old Rome, Georgia native is now 15-18 in conference play and 2-13 against ranked opponents during his tenure in Columbia, S.C.

South Carolina did not fire Muschamp following last year’s disastrous 4-8 campaign – in large part because the school was unable to afford his massive buyout.