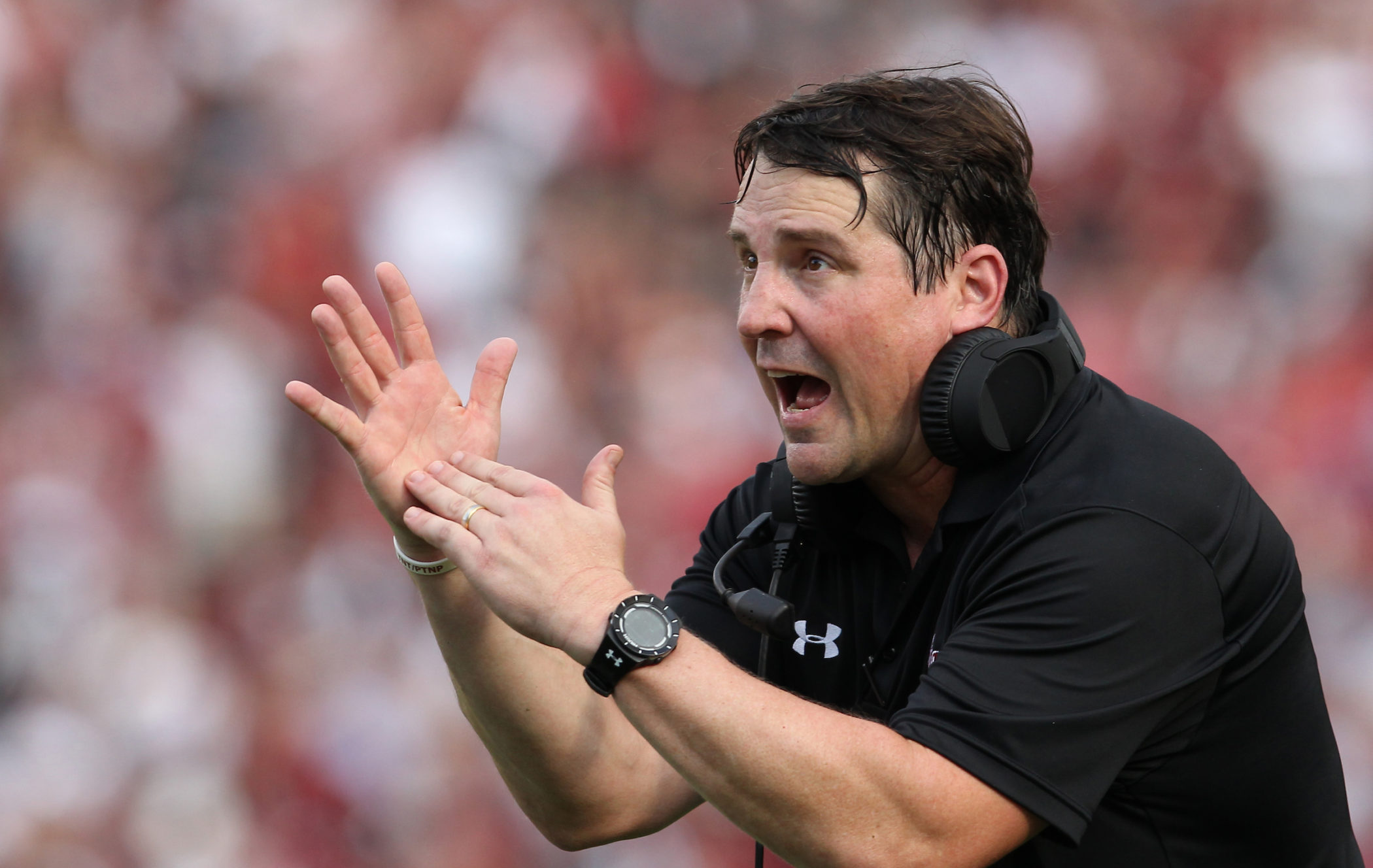 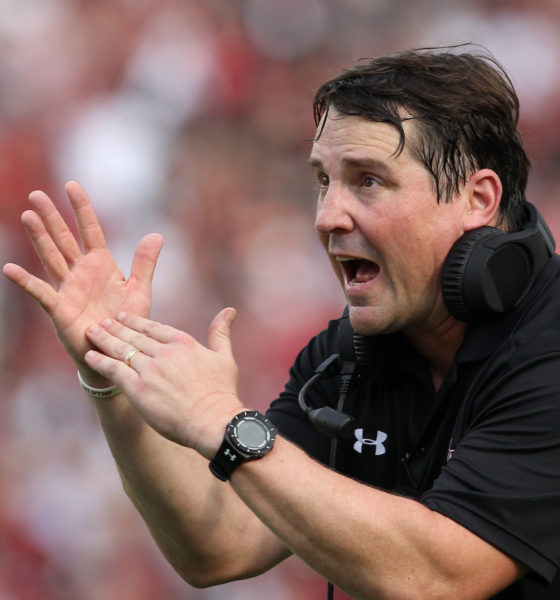 Lee Wardlaw: How will South Carolina fare against a difficult conference-only slate in 2020?

South Carolina head football coach Will Muschamp will enter his fifth season with a caveat, as the Southeastern Conference (SEC) controversially announced a new football scheduling format for due to the coronavirus pandemic.

The SEC announced its new 2020 football schedule on July 30, 2020 shifting to a ten-game, conference-only format. The decision will eliminate the Gamecocks’ annual Palmetto Bowl matchup against Clemson – the longest continuously running, non-conference rivalry in American football.

South Carolina’s 2020 schedule had already been named the toughest in college football before the pandemic, but a conference-only slate could create additional problems for Muschamp in his fifth season in Columbia.

While Clemson is a national powerhouse, dropping games against Coastal Carolina, East Carolina and Wofford deprive the Gamecocks of three likely victories.

Due to Covid-19, the season will commence on September 26, 2020 with the last weekend of conference games slated for December 12. The SEC Championship will take place the following weekend – on December 19.

Some things haven’t changed: The Gamecocks will still host Georgia, Missouri, Texas A&M, and Tennessee and go on the road against Florida, Kentucky, LSU, and Vanderbilt.

The SEC will keep its traditional divisional format with each team adding two cross-divisional games. South Carolina will host Auburn and travel to Ole Miss.


Teams will begin preseason camp this week, allowing SEC teams a seven-week schedule for preseason practices. The NCAA will allow teams to begin camp four weeks out from their previously scheduled season opener.

The shift to a conference-only schedule could signal trouble for Muschamp, who has struggled during his last two seasons in Columbia, S.C.

The 48-year-old Rome, Georgia native guided South Carolina to a .500 winning percentage and bowl eligibility in his first year at the helm and continued this upward trajectory in 2017 – leading the Gamecocks to a 9-4 record capped by a come-from-behind Outback Bowl win over Michigan.

Since then, South Carolina has posted an 11-14 overall record and an anemic .438 winning percentage in conference games.

Entering 2019, senior quarterback Jake Bentley was expected to play a huge role in the offense. But the veteran suffered a season-ending knee injury in the Gamecocks’ season opening loss to North Carolina – and the South Carolina offense would quickly become one of the nation’s worst units.

South Carolina averaged only 15.7 points per game against FBS opponents a year ago, including an embarrassing 8.0 point average in its final three games. The Gamecocks averaged a mere 9.95 yards per completion, which ranked No. 127 of 130 schools.

With the $50 million Long Family Football Operations Center unveiled in February 2018 – and a $22.4 million renovation currently underway to allow increased club seating in Williams-Brice Stadium – university donors have made major investments in this program.

If their goals aren’t met in 2020, the school is likely to pursue an alternative – but such a move would still prove costly. If fired at the end of the 2020 season, Muschamp would be owed $13.5 million as part of his restructured buyout agreement.

Bobo’s hiring looms large for Muschamp, who is fighting for survival in his ninth year as a head coach.

Bobo brands his offense as a balanced scheme with a focus on the running attack. This could benefit the Gamecocks, as Muschamp admitted that South Carolina often threw too many passes last season.

“We threw the ball for 38 more times than anyone in our league after the third game of our season,” he said recently. That’s not a formula.”

The tandem Tavien Feaster (672 yards) and Rico Dowdle (498 yards) led the Gamecocks on the ground in 2019, but neither will be back in 2020 – although highly-touted freshman MarShawn Lloyd of Hyattsville, Maryland could fill that void and provide an immediate impact.

The four-star recruit was ranked as the nation’s No. 5 high school running back, according to 247Sports.

Lloyd will be joined by sophomores Kevin Harris and Deshaun Fenwick, both of whom were valuable contributors in limited action last season.

Ryan Hilinski enters his sophomore season in Columbia as the leading candidate for the starting quarterback position. Hilinski showed signs of progress as a true freshman in 2020, passing for 2,357 yards, 11 touchdowns, and five interceptions.

Hilinski will compete with dual-threat, four-star freshman Luke Doty and fifth-year senior Colin Hill – who transferred to South Carolina from Colorado State. Hill completed 69-of-102 passes (67.6 percent) for 840 yards with eight touchdowns and two interceptions for the Rams last year prior to being injured. He brings depth, experience, and knowledge of Bobo’s playbook to campus.

In three years with the Rams, Hill totaled 3,320 yards with 23 touchdowns, against 11 interceptions.

Whoever ends up playing the quarterback position will likely be looking for senior wideout Shi Smith, a speedy 5-foot-10 receiver from Union, S.C. Smith is the Gamecocks top returning air weapon, recording 438 yards and a pair of touchdowns last season.

Bobo will also likely call the name of Dakereon Joyner, a versatile athlete who converted to receiver from the backup quarterback position.

South Carolina’s defense was stout upon occasion last season, as the Gamecocks were 4-0 in contests in which opponents scored 20 or fewer points. And there is some depth as six of unit’s eight top tacklers return in 2020.

Three student-athletes were signed to the NFL from the defensive line in the offseason – including first-round pick Javon Kinlaw. This year’s unit will be anchored by senior defensive end Aaron Sterling – who led the Gamecocks in both tackles for loss (10) and sacks (6.0) last year.

Other familiar names will be back, and expectations are high for promising and physically gifted young sophomore Zacch Pickens and five-star recruit Jordan Burch – both of whom will attempt to become the Gamecocks’ next breakout star along the defensive line.

At the linebacker position, junior Ernest Jones and senior Sherrod Greene turned in their best collegiate seasons in 2019 – while all four starters from the secondary (Jaycee Horn, Israel Mukuama, R.J Roderick, and Jammie Robinson) are back this season.

While COVID-19 may sideline fans (more on that in a forthcoming piece), South Carolina’s preseason storyline remains relatively scripted. The central question is, “Can the Gamecocks get through their gauntlet of a schedule with a .500 record – developing their strong recruiting class, finding answers on offense and improving an experienced defense?”

How those questions are answered will likely determine Muschamp’s fate …