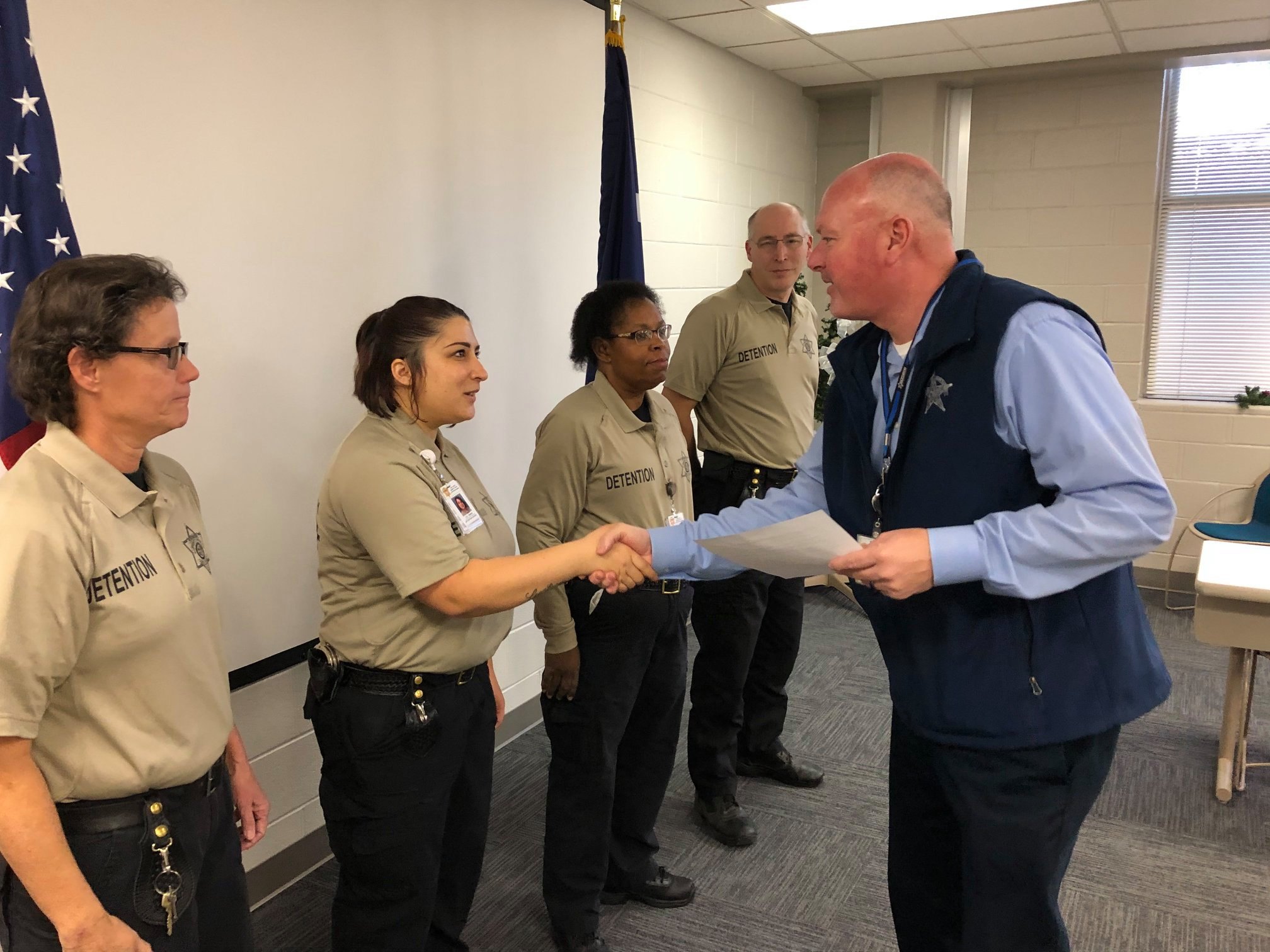 Another South Carolina sheriff is in the news … except believe it or not, this time it is not for criminal behavior (the “new normal” for lawmen in the Palmetto State) but rather over a controversial social media post.

“As your sheriff of York county, here is my position on taking a knee during the national anthem,” Tolson wrote. “Our flag was created out of unity – 50 stars for 50 states. It represents the melting pot of all of the many great men and women who have made this country mixed and beautiful. I will bow (or kneel) for one entity and one entity only – my God.”

Tolson went on to note that “for those of you who want to kneel or bow for the flag during the anthem, just know that you are kneeling or bowing for our God who STANDS for peace, unity and love for all – regardless of race, gender or nationality.”

“We will STAND for all and KNEEL for the only one – God,” he concluded.

Not surprisingly, this post generated a flood of responses … more than a few of which pointed out that Tolson probably should have confined such religious statements to his personal social media accounts.

“Had it been his personal page – and we all have those – he is perfectly within his rights to post that,” York county councilman William Roddey told NBC News. “But when you are using any portion of the county’s operating system to reflect your personal views as the sheriff, I think that gets in a real gray area.”

We agree with that assessment …

So … what prompted Tolson to speak out on this issue so publicly?

“After being asked multiple times about his feelings on the matter of kneeling during the national anthem, sheriff Tolson decided to publish a statement about his views using social media because he believes that his constituents have a right to know his beliefs about this social issue,” noted a follow-up statement from the York county sheriff’s Facebook page.

Really? There was a burning desire among the citizenry of York county to know what the local sheriff thought about athletes taking a knee?

“Sheriff Tolson understands that not everyone agrees with his opinions about this issue,” the post continued. “The ability to listen to and respect a different opinion is one of the founding principles of our country and sheriff Tolson hopes speaking freely will help to continue beneficial conversation and ultimately bring peace and unity to our society.”

The post went on to assert that as “the elected sheriff of York county, sheriff Tolson is not bound by the policies of York County government regarding the use of social media. Any statements he makes are his own.”

Which again … is probably why he should have posted them to “his own” Facebook page.

To be clear: We take no issue with Tolson’s views. In a world that has literally gone “round the bend” (to borrow the expression), we honestly find such statements refreshing.

Also, more often than not this news outlet finds itself bucking the national trend when it comes to the culture wars in our country – especially as it relates to the rise of the new liberal orthodoxy within the field of athletic endeavor. Seriously, sports used to be a “safe space” for those of us looking to escape politics.

Still, we believe Tolson and other elected officials ought to keep their personal views confined to their personal pages. Public positions and public platforms need to be used for the people’s business – not advancing individual opinions on hot-button social issues.

And no, we do not discriminate when it comes to calling people out on this front …