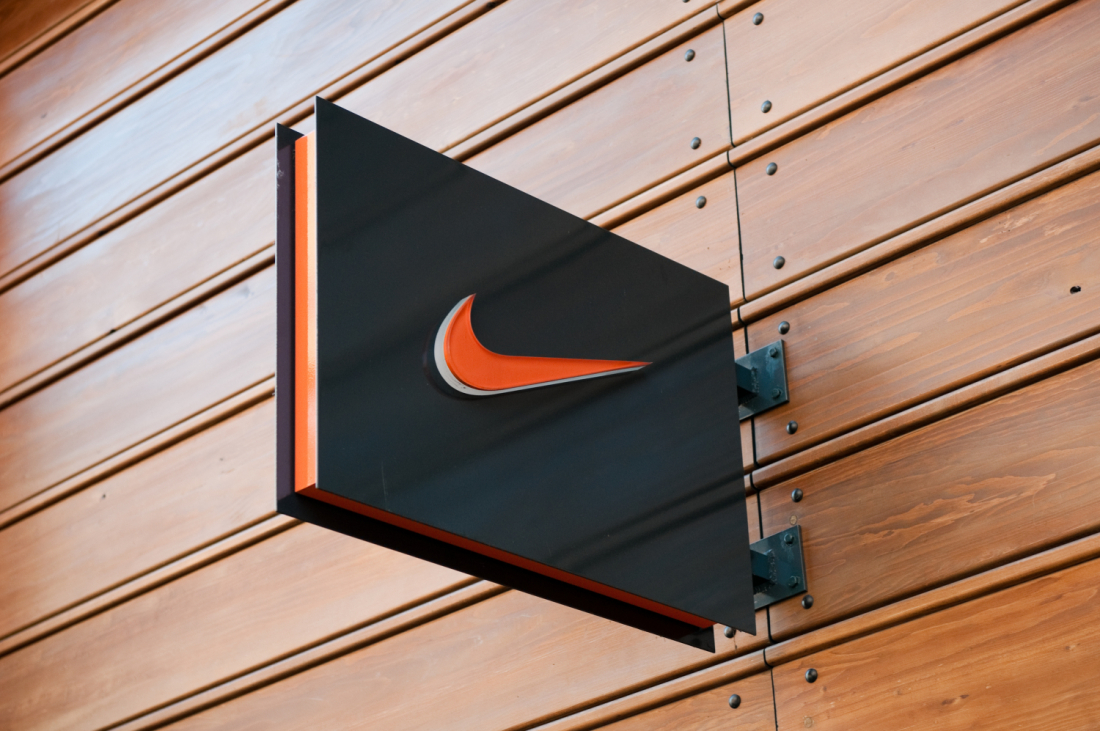 “Believe in something,” the initial print version of the campaign blared. “Even if it means sacrificing everything.”

More on that tag line in a moment. 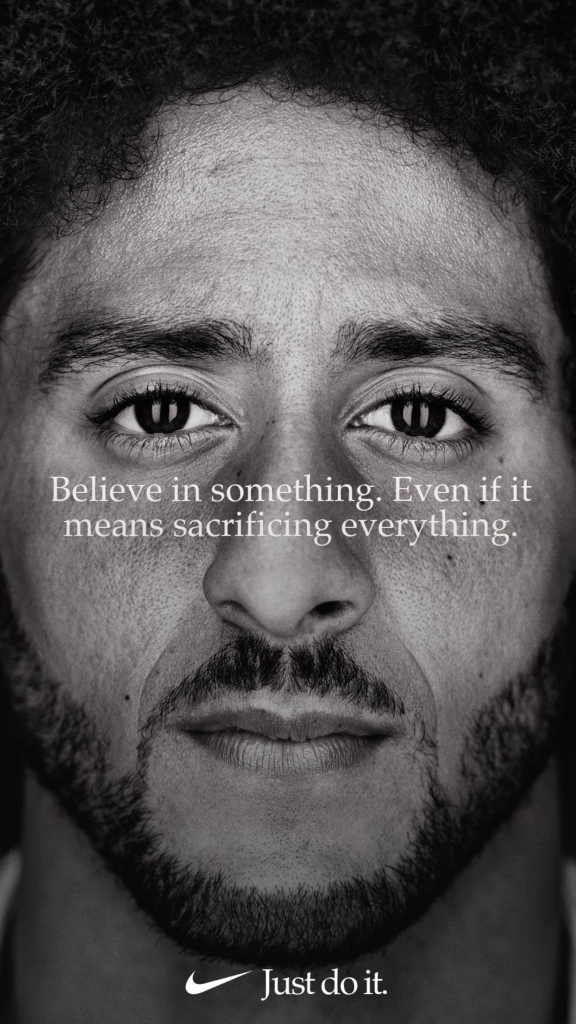 Kaepernick, 30, is the individual who initiated the infamous National Football League (NFL) player protests during the 2016 preseason – taking a knee during the playing of America’s national anthem to showcase his opposition to alleged “oppression” of and “injustice” toward blacks.

“I am not going to stand up to show pride in a flag for a country that oppresses black people and people of color,” Kaepernick told NFL Media at the time. “To me, this is bigger than football and it would be selfish on my part to look the other way.  There are bodies in the street and people getting paid leave and getting away with murder.”

Kaepernick’s protests – which dozens of other players have emulated – have resulted in back-to-back seasons of steep ratings declines for the NFL.  And given the league’s inability to handle the issue, the worst may be yet to come.

The protests have also landed the league squarely in the middle of America’s simmering culture wars, drawing the ire of U.S. president Donald Trump.

Not surprisingly, Nike’s decision to include Kaepernick in its advertisements offended vast swaths of the American populace – particularly those who served in the U.S. Armed Forces.

Others suggested the company should change its slogan from “Just Do It” to “Just Blew It.”

Meanwhile, supporters of law enforcement were quick to recall how Kaepernick wore socks depicting police officers as cartoon pigs in multiple preseason practices back in 2016.

A hearty “Bronx cheer” for your selection of Colin Kaepernick as the face of the 30th Anniversary of your iconic “Just Do It” campaign.

Will his new Fall line include these sock *beauties*?

Be advised. Cops buy sneakers too …

Other critics called on Nike to scrap the Kaepernick campaign in favor of one starring Pat Tillman, the former NFL safety who turned down a three-year, $3.6 million contract from the Arizona Cardinals in 2002 to enlist in the U.S. Army in the aftermath of the September 11, 2001 terrorist attacks.

Tillman was killed by friendly fire in the Khost province of Afghanistan two years later. 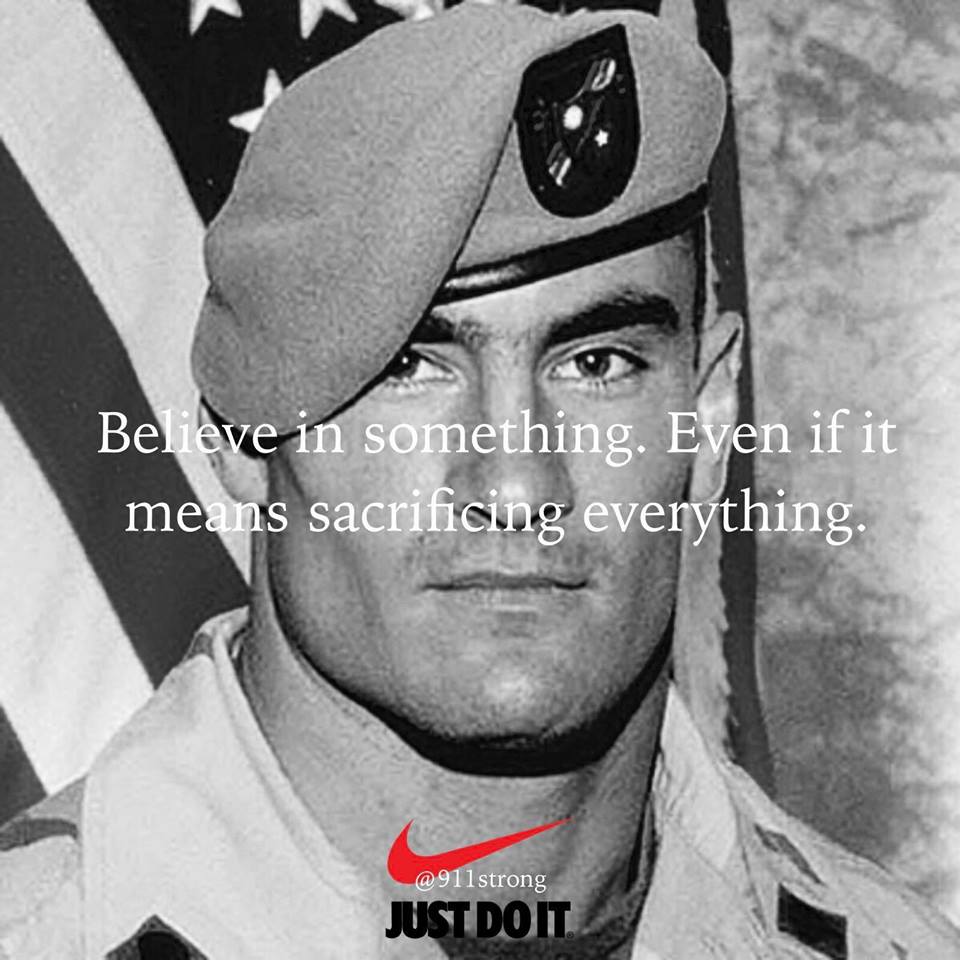 “I hope Nike’s newest racist anti-American stunt costs them everything,” South Carolina GOP political operative Justin Evans wrote on his Facebook page.  “I hope they look at this pro-American version of their disgraceful new ad campaign and consider adopting it over Colin Kaepernick … if they don’t ‘get woke’ then I hope they lose it all for being so insanely racist and insensitive to our men and women in uniform!”

Perhaps the best response to the Kaepernick kerfuffle came from comedian Bridget Phetasy, though.

“Kaepernick gets paid to represent his movement, which Nike uses to sell sneakers that are manufactured in Vietnamese sweatshops, to Americans who think they’re ‘woke,'” Phetasy tweeted.  “Capitalism always wins.”

Speaking of capitalism, Kaepernick is embroiled in a high-stakes legal drama with the NFL – alleging that league owners colluded to keep him off the field after he opted out of his contract with the 49ers in March of 2017.  Last week, an arbiter ruled that Kaepernick’s case against the league could move forward.

That decision shocked us … not because we have any insights as to whether owners colluded, but because Kaepernick was one of (if not the) worst quarterback in the NFL at the time he decided to take a knee.

“Kaepernick has seen his quarterback rating steadily drop over the last four seasons, from 98.3 in 2012 to an abysmal 78.5 last year,” we wrote in our original treatment of his protests in August of 2016.

We were not alone in our assessment …

Kaepernick’s 2016 season under offensive guru Chip Kelly didn’t go much better.  He started 11 games, winning only one of them and ultimately getting benched in December after completing one of five passes for four yards in a 28-6 loss to the Chicago Bears. 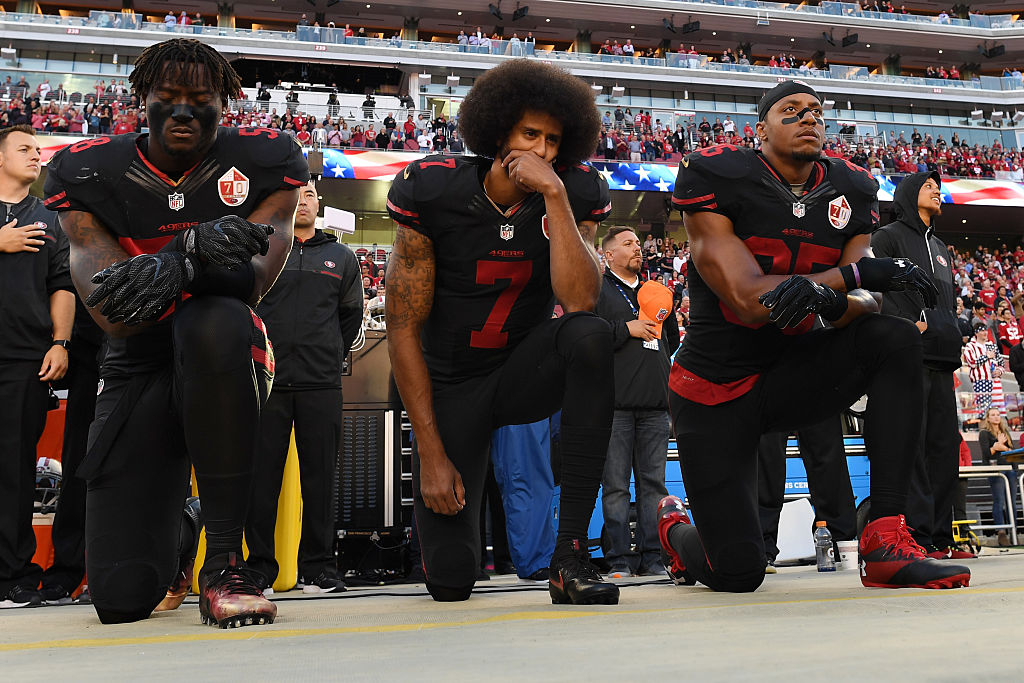 Collusion?  Again … like Kurtenbach said the Browns wouldn’t have started this guy.  Two years ago.

Whatever we think of Kaepernick, this news outlet has consistently supported the right of players to express themselves as they see fit during the national anthem.

“We don’t believe them to be credible protests of alleged social injustices, but whatever,” we wrote earlier this year.  “That’s open to interpretation.”

Ultimately, though, as libertarians we would never object to anyone exercising their First Amendment freedom in a way that doesn’t impose upon the liberty of others.  Similarly, we support those who decide to boycott the NFL as a result of these protests – or Nike for its decision to embrace Kaepernick.

Finally, we support the right of NFL owners to run their league and its individual franchises as they see fit – including signing or not signing (or disciplining or not disciplining) a player for whatever reason they deem appropriate.

What do you think of Nike's decision to feature Colin Kaepernick in a new advertising campaign?