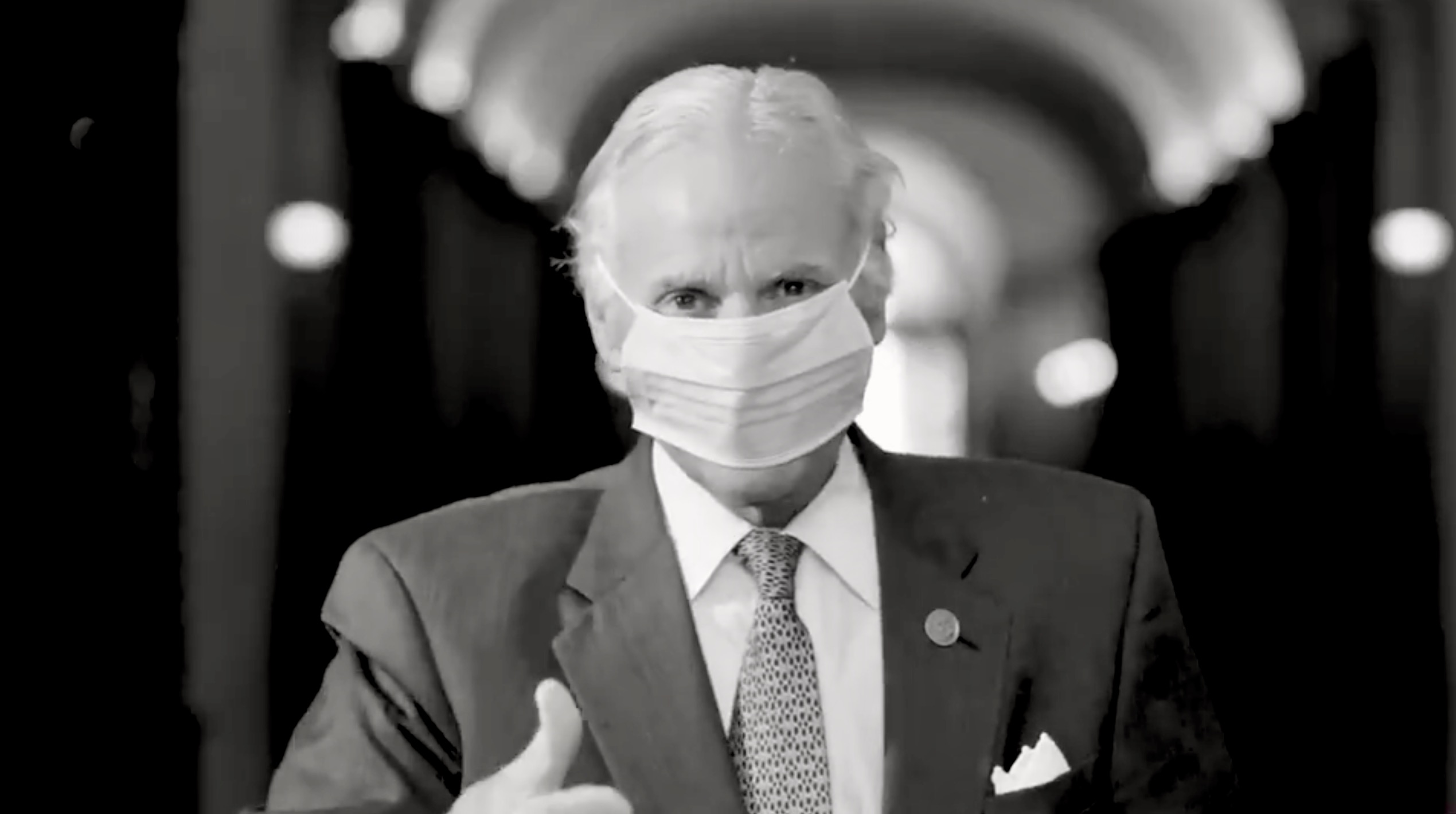 In the aftermath of the September 11, 2001 terrorist attacks and the subsequent 2002 mid-term congressional elections – a.k.a. the last time an incumbent president’s party actually picked up support in congress – former U.S. president Bill Clinton offered a scathing indictment of his party.

According to Clinton, Democrats lost the 2002 elections because they didn’t provide a compelling counter-narrative to former president George W. Bush’s aggressive focus on national security – which later morphed into the still-lingering “War on Terror.”

”When people are feeling insecure, they’d rather have someone who is strong and wrong rather than somebody who is weak and right,” Clinton said during a speech to Democratic donors, per Adam Nagourney of The New York Times.

This “strong and wrong” doctrine has become a staple of American politics, highlighting voters’ affinity for decisiveness – particularly in times of crisis.

In responding to the ongoing coronavirus pandemic, governor Henry McMaster of South Carolina has been anything but decisive … and his ongoing vacillation is beginning to cost him support up and down the Palmetto political spectrum.

On the ideological right, McMaster has been slammed for his initial embrace of draconian shutdown measures – efforts which appear to have only delayed the spread of the virus. On the left, he has been castigated for his failure to re-impose such measures – or impose a “mask mandate” – as case numbers have risen precipitously in recent weeks.

In an effort to mollify his critics, McMaster unveiled an executive order last Friday banning the sale of alcoholic beverages in bars and restaurants after 11:00 p.m. each evening – arguing such a move would help slow the transmission of Covid-19.

“We know that young adults who are rapidly contracting the virus and spreading it into our communities frequently congregate in late-night atmospheres which simply are not conducive to stopping its continued transmission,” McMaster said.

First of all, since when did the 73-year-old McMaster become an authority on what “young adults” were up to? Seriously: This guy pre-dates the sock hop.

More to the point: Does McMaster really believe Covid-19 will somehow morph into something more (or less) dangerous at the stroke of a clock?

Because irrespective of your views on potency/ lethality this virus, that makes no sense.

Not surprisingly, the governor’s decision was greeted with ridicule …

Seriously … what was McMaster thinking?

Whether you think the Covid-19 threat is overstated or understated, what on earth does this latest executive order accomplish?

In fairness to the intellectually incurious governor (or whoever is running his administration), this virus continues to be a moving target. Data (and projected data) are all over the map … as they have been since the beginning of the outbreak. This has led to erratic, ill-informed decision-making at all levels of government … including unnecessary and economically calamitous government overreach.

Ignorance has bred fear … and a daily barrage of doom-and-gloom headlines from the mainstream media hasn’t helped.

Again, amidst such pervasive uncertainty people respect decisiveness. And while they may not always agree with the decisions being made, they crave a leader who boldly charts a course and sticks to their guns … something McMaster has failed to do from the very beginning of this crisis.

They also respect informed decisions … and leaders who can explain their actions thoughtfully, not some bumbling buffoon who shows up thirty minutes late to his own press conferences and struggles to coherently answer even the most basic questions from television “journalists.”

Seriously … Nikki Haley may very well be the most duplicitous and hypocritical politician ever to come out of the Palmetto State, but at least she showed up on time for her media events. And had command of the basic subject matter.

McMaster? His speech is a seemingly randomized progression of barely intelligible syllables – half-spoken, half-guffawed. Were he not in charge of the state at such a pivotal moment in its history, it would be definitionally unsporting to make fun of him.

“I’d take Haley and her hooker boots over Henry any day,” one McMaster critic told us. “At least she inspired confidence. The extent of Henry’s inspiration is finishing his Metamucil and finding a fresh set of Depends.”

Although perhaps that explains why he’s always late to his own press conferences.


Bottom line? It takes a special kind of stupid to upset your antagonists and your defenders at the same time. But that is precisely what “Foghorn Governor” is doing.

Worth keeping in mind? The coronavirus debate isn’t the only public policy arena in which McMaster has the potential to simultaneously alienate broad swaths of his Republican base on the right and the liberal lunatic-ocracy on the left.

As we noted in a recent column, McMaster could soon find himself confronted with a litany of test cases related to the suddenly controversial “Heritage Act” – the 2000 state law which presently governs (among other things) the disposition of markers, memorials and designations related to the War Between the States and the civil rights movement.

Given McMaster’s decidedly less-than-woke personal history, he is expected to cater to his base and reject attempts to “amend” this 2000 law – which was part of a bipartisan, biracial compromise that moved the Confederate flag off of the dome of the S.C. State House (and from within the House and Senate chambers).

Of course McMaster has also shown himself eager to shore up his electoral standing in the increasingly left-leaning South Carolina Lowcountry – as evidenced by his gratuitous suck up to liberal Democratic congressman Joe Cunningham on the issue of offshore drilling.

So who knows what he will do …

Whatever he winds up doing, though, McMaster needs to do it decisively …

Santee Cooper Coal Lawsuit: The Walls Are Closing In