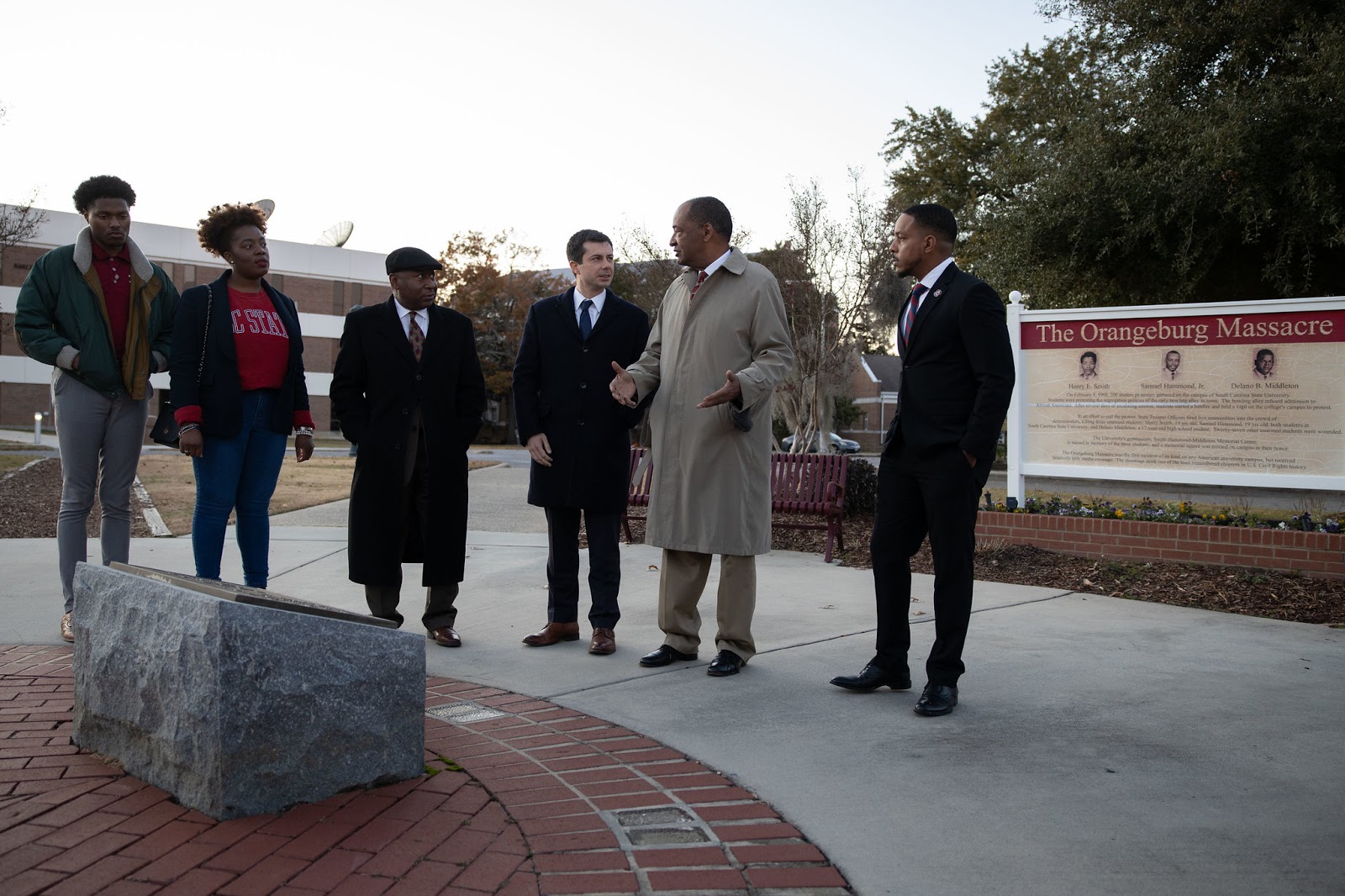 Democrats in South Carolina made some modest gains during the 2018 election cycle – pulling off an improbable upset in the state’s first congressional district and putting pressure on several seats in the GOP-controlled S.C. General Assembly.

But the fact remains they are nowhere near to turning this ostensibly “red” state purple … let alone blue.

In addition to comprising decided minorities in both legislative chambers Democrats continue to come up short statewide … failing to field candidates in three statewide races and getting crushed in the five races in which they did compete.

The weakest link on the GOP ticket? That was actually governor Henry McMaster, who won his race by a comparatively anemic eight percentage points over Democrat James Smith – who didn’t appear to be trying very hard during his campaign.

As the new election year dawns, Palmetto State Democrats will face their first measurement of virility during the presidential preference primary scheduled for Saturday, February 29, 2020.

As was the case in early-voting Iowa – which turned out to be an unmitigated disaster for the national party – political analysts at all levels will be watching to see how many voters show up at the polls. In the Hawkeye State, the results were not good. Roughly 176,000 people showed up to vote for the Democratic slate of candidates – well below the 240,000 who voted in the 2008 election between Barack Obama and Hillary Clinton (and only modestly higher than the number than showed up four years ago to choose between Clinton and socialist U.S. senator Bernie Sanders of Vermont).

Wait … weren’t Democrats supposed to be super-energized at the prospect of getting rid of U.S. president Donald Trump?

Wasn’t turnout in the Democratic caucuses and primaries supposed to be through the roof?

“We’re in the middle of a national emergency, and people are staying home,” former presidential candidate Beto O’Rourke wrote in an email to his supporters lamenting the low energy.

In New Hampshire, the lack of buzz is also palpable – with Slate’s Jim Newell recently observing how the “First in the South” presidential primary in South Carolina is dominating the discussion (particularly as it relates to the sustained viability of erstwhile Democratic frontrunner Joe Biden).

“The central question of the early states, now, is whether a hobbled Joe Biden can maintain his strength among the older black voters currently lifting him in the South Carolina polls, and, if he can’t, which candidate or candidates will be the beneficiaries,” Newell noted.

“The stage on Friday night was as much a South Carolina debate as it was a New Hampshire debate,” he added, referring to last week’s candidate forum in Manchester. “No one was particularly subtle about making their pitch for the Palmetto State.”

While Biden’s viability is very much at issue in South Carolina, so is the overall health of the Democratic party … which is being pulled further to the left by radical candidates like Sanders and U.S. senator Elizabeth Warren of Massachusetts.

How is its electorate responding to these tectonic shifts?

It may not be an exact science. Republicans cancelled their primary (illegally, in our view) so we won’t know how many GOP voters would have turned out for Trump.

But what about the Democrats?

Another key question to consider? Whether efforts by Upstate Republican activists to infiltrate the primary with the goal of further weakening Biden wind up being successful. With no primary of their own, will Republicans really vote en masse for Sanders in a Democratic election in the hopes of helping better position Trump for the general election in November?

We doubt it … but we shall see.

With so many choices, wouldn’t that translate into more voters at the polls?

Our prediction is that turnout in South Carolina will lag behind 2008 levels (even factoring in the GOP infiltration campaign and all the national attention the race is drawing). Assuming that is indeed the way things play out, our guess is such an outcome will further fuel the national narrative that Democrats do, in fact, have an intensity problem to deal with as they prepare to do battle against Trump.

Nikki Haley Is Talking About Her Faith Again