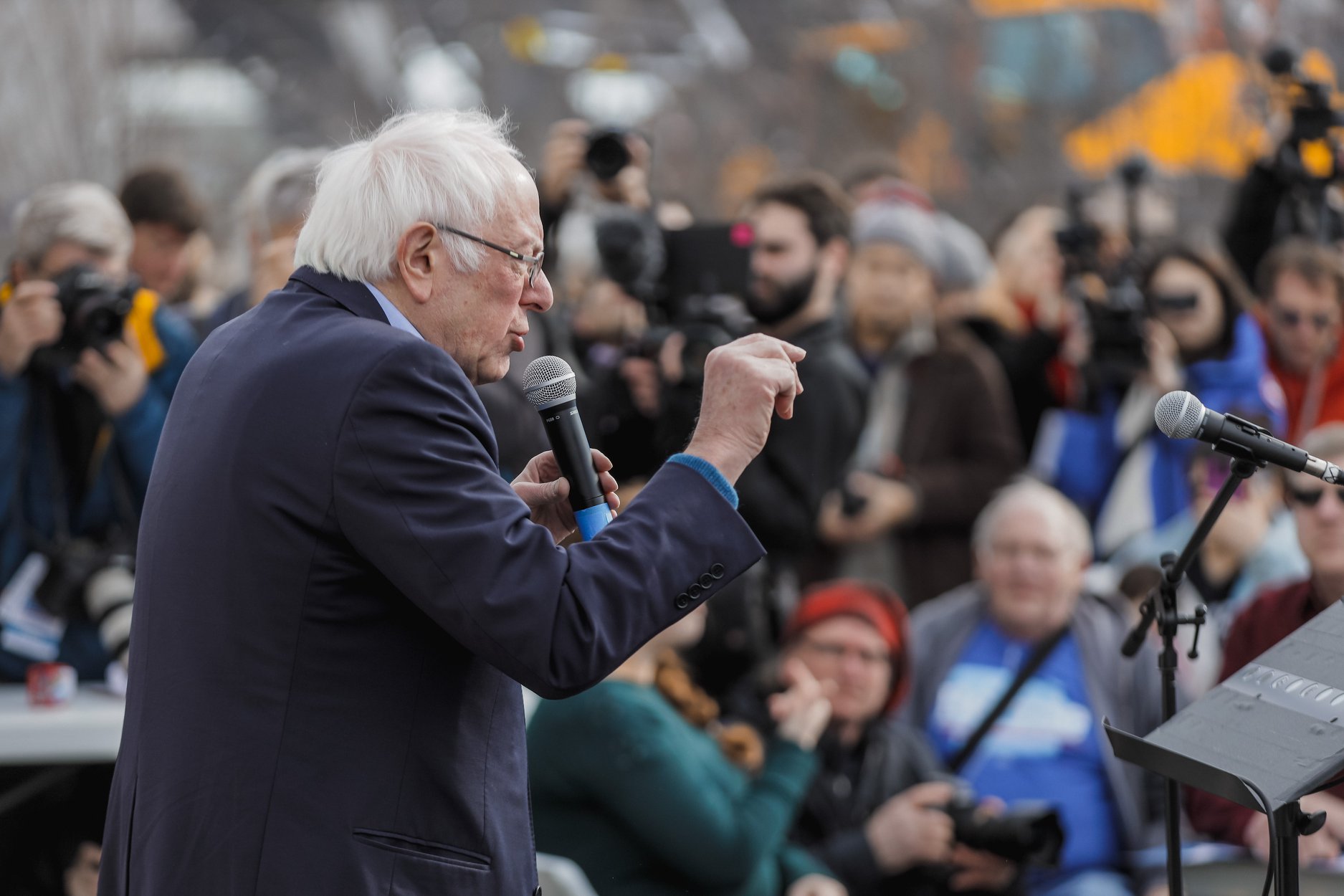 U.S. senator Bernie Sanders of Vermont isn’t a Democrat, he’s a socialist. And the estimated cost of his agenda for America – which the last time we checked was not supposed to be a socialist country – was a staggering $97.5 trillion.

Nonetheless, Sanders’ bid for the Democratic presidential nomination is picking up steam at an opportune time – shaking off attacks from former party standard-bearer Hillary Clinton and top rival Elizabeth Warren to score what appears to be a first-place finish in early-voting Iowa.

While Sanders narrowly trails South Bend, Indiana mayor Pete Buttigieg in “state delegate equivalents” (whatever that is), with 97 percent of precincts reporting (finally), Sanders enjoys a 6,000-vote advantage in the popular vote – which is what Democrats have oft-claimed is the only electoral metric that matters.

“When 6,000 more people come out for you in an election than your nearest opponent, we here in northern New England call that a victory,” Sanders told reporters on Thursday, per a report in The Washington Post by Amy B. Wang and Cleve R. Wootson Jr.

While the outcome of the Iowa election remains uncertain, Sanders and Buttigieg are breaking away from the pack in early-voting New Hampshire – with Sanders currently drawing the support of 26.7 percent of voters and Buttigieg drawing 22 percent support, according to the latest composite polling data from Real Clear Politics.

In sixth place? The only candidate we find even remotely tolerable in the Democratic field – U.S. congresswoman Tulsi Gabbard of Hawai’i.

In the Palmetto State – one of the few places where Biden continues to lead in the polls – Sanders could wind up getting a surprise boost from supporters of U.S. president Donald Trump, who are taking advantage of a canceled GOP primary to throw their support behind the candidate they believe poses the least threat to the Republican incumbent in a general election.

All of these early machinations could prove irrelevant, however, given the looming candidacy of billionaire Michael Bloomberg – who is bypassing the four early-voting states completely and focusing on larger delegate prizes down the road (not to mention directly engaging Trump in swing states).

Bloomberg has already dropped nearly a quarter of a billion dollars on his campaign, which has moved him into fourth place nationally (behind Biden, Sanders and Warren), according to Real Clear Politics composite data.

While anything can happen over the course of the next nine months, it is hard to imagine the 2020 campaign unfolding any better for Trump – particularly in the aftermath of the Iowa debacle.

It is also easy to see why Bloomberg made the decision to jump into the presidential race late in the game.

Democrats have chased off arguably their most electable candidate (U.S. senator Kamala Harris of California), and their top establishment choice (Biden) is foundering. That leaves the field to Sanders and Buttigieg – two candidates who we believe would face long odds in a general election.

Sanders’ problem? His policies are simply too radical – and too expensive.

Buttigieg’s problem? The same … but there is also concern amongst Democrats that his sexual orientation could hurt him with socially conservative Democrats and (more importantly) black Democrats.

We will certainly keep an eye on those narratives in early-voting South Carolina, where as of this writing Biden is still expected to cruise to victory in spite of his recent struggles.