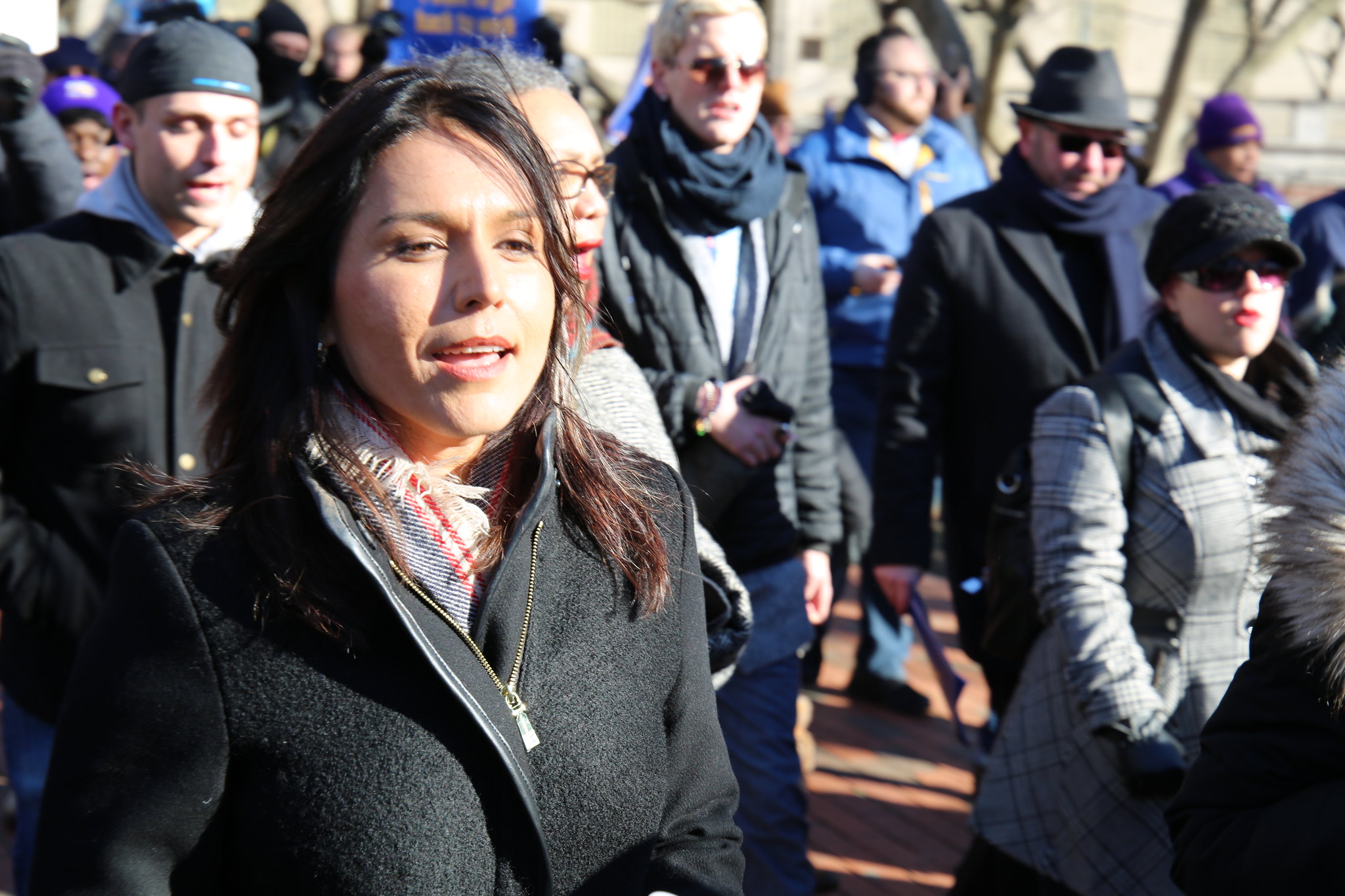 Congresswoman Tulsi Gabbard of Hawai’i is not going to become the Democrats’ presidential nominee in 2020. Which is too bad for the party. She is the only Democratic candidate we have seen with an ounce of common sense … not to mention the courage of her convictions.

The rest of the field? They are tripping over each other in an effort to get as far to the left of the American political spectrum as possible.

Which means Democrats – who ought to be heeding the wisdom of U.S president John F. Kennedy – are turning into full-blown socialists.

Gabbard made news earlier this month when she announced the filing of a lawsuit against former Democratic presidential nominee Hillary Clinton – alleging that 2016 standard bearer of her party had defamed her.

“Clinton lied about her perceived rival Tulsi Gabbard,” the lawsuit stated. “She did so publicly, unambiguously and with obvious malicious intent. Tulsi has been harmed by Clinton’s lies – and American democracy has suffered as well.”

Last October, Clinton referred to an unnamed Democratic presidential candidate as “a favorite of the Russians.”

You know … because “Russian meddling” is apparently still a thing.

“I’m not making any predictions, but I think they’ve got their eye on somebody who is currently in the Democratic primary and are grooming her to be the third-party candidate,” Clinton told David Plouffe, a former advisor to Barack Obama.

“If the nesting doll fits,” he responded.

That quote is brilliant … and yet, stupid.

Merrill’s response was indeed incredibly witty, yet at the same time ill-advisedly revealing. Basically, he cleared up any confusion as to whom Clinton was referring.

The drama between the two female politicians apparently stems from Gabbard’s refusal to endorse Clinton during the 2016 presidential campaign.

“Tulsi was told that the Clinton team would never forget this,” the lawsuit alleged.

It also just one of many examples of Clinton using her influence to meddle in the 2020 primary election – which is just one week away from seeing its first votes cast in the Iowa Democratic caucus.

“I love our country,” Gabbard tweeted. “I’ve served as a soldier for nearly 17 years, deployed twice to the Middle East, and served in Congress for over seven years. If Hillary (and her) allies can destroy my reputation by implying I am a traitor to the country I love, they can do it to anyone.”

Fearmongering over Russia has been a staple of Democratic messaging for several years now … which we find incredibly hypocritical given American meddling in Russia’s backyard (and all over the globe, for that matter) under Obama. But the real issue here from our perspective is the ongoing battle between “neoconservative” warmongers of both parties and courageous non-interventionists like Gabbard willing to question our nation’s unsustainable imperialism.

As we have often stated, American blood and treasure are sacred … and should be expended only in pursuit of our national defense or core national interests abroad.