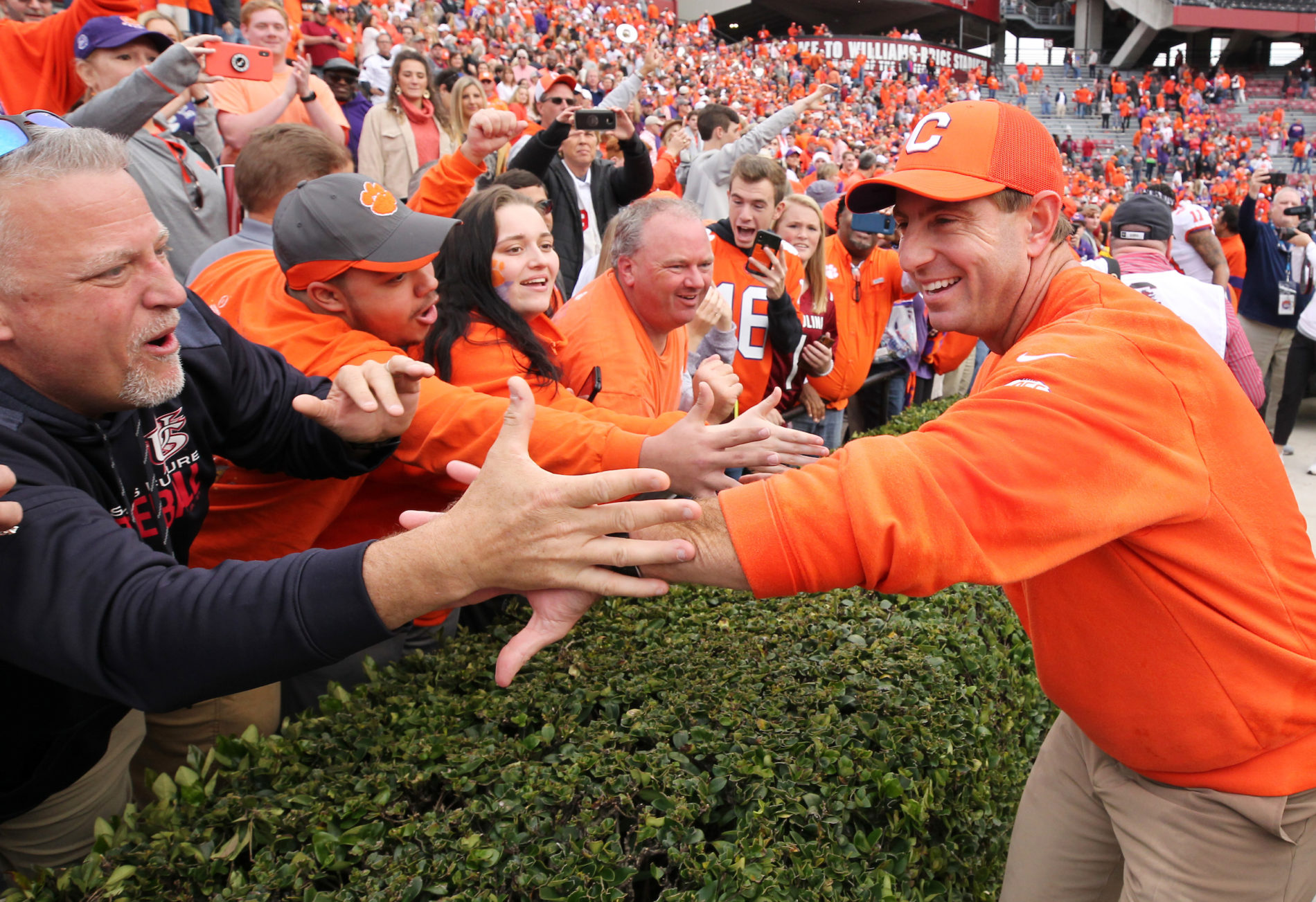 Clemson University’s football team saw its national championship hopes evaporate earlier this month against LSU – with the program suffering its first loss in thirty games as it bowed before a clearly superior rival. But the Tigers – who won titles in 2016 and 2018 – are very much in the national championship picture for 2020.

In fact, head coach Dabo Swinney’s program is likely to be ranked No. 1 in the nation when preseason rankings are officially released in July (only six months away, people).

One reason the Tigers are favored in 2020? Two-time ACC player of the year Travis Etienne announced earlier this month that he was returning to Tigertown for his senior season. Already the program leader in career rushing yards (4,038) and rushing touchdowns (56), Etienne will join rising junior quarterback Trevor Lawrence and rising junior wide receiver Justyn Ross as the nucleus of one of the nation’s most explosive offenses.

As it does every year, Clemson is losing top talent to the NFL – including wide receiver Tee Higgins, defensive back A.J. Terrell and linebacker Isaiah Simmons.

All three are projected first-round picks, and would follow on the heels of the three Tigers taken in the first round of the 2019 NFL draft (Clelin Ferrell, Christian Wilkins and Dexter Lawrence).

In the last nine NFL drafts, eight Tigers have gone in the first round and another eight have been chosen in the second round.

But to say Clemson is replacing its losses would be an understatement – a trend that continues to gain momentum with each passing year. In fact, the best may be yet to come for Tiger fans as Swinney and his coaching staff currently boast the nation’s No. 1 recruiting classes for both 2020 and 2021, according to both Rivals and 24/7. These classes include the top-ranked high school recruit (Bryan Bresee in 2020 and Korey Foreman in 2021), again per Rivals and 24/7.

That is not restocking … it is reloading.

Foreman made his announcement this week after being recruited by Clemson defensive coordinator Brent Venables, whom this news outlet has consistently credited as the driving force behind the Tigers’ renaissance.

This news outlet has written previously about Clemson’s recruiting prowess (and about some of the scandalous rumblings related to it). But the bottom line is the Tigers – who have now appeared in a record-tying five consecutive College Football Playoffs (CFP) – are only getting better as the new decade dawns.

Not only are they dominating in-state recruiting (hardly an accomplishment given the precipitous decline of the University of South Carolina program), but they are going into the back yards of the PAC 12 and Big 10 and landing top high school talent, too.

That latter accomplishment is what truly amazes us … and it is what has put the Tigers on par with perennial national championship contenders like Alabama and Ohio State.

In addition to attracting superior talent from all across the nation, Clemson continues to schedule top non-conference opponents – beefing up a comparatively weak conference slate (and a rivalry game against South Carolina that has become decreasingly competitive in recent years).

Bottom line? Clemson isn’t going anywhere … and despite its loss to LSU in the championship game that concluded the 2019 season, the program is better-positioned than any other team in America to oust Alabama as the dominant dynasty in college football.