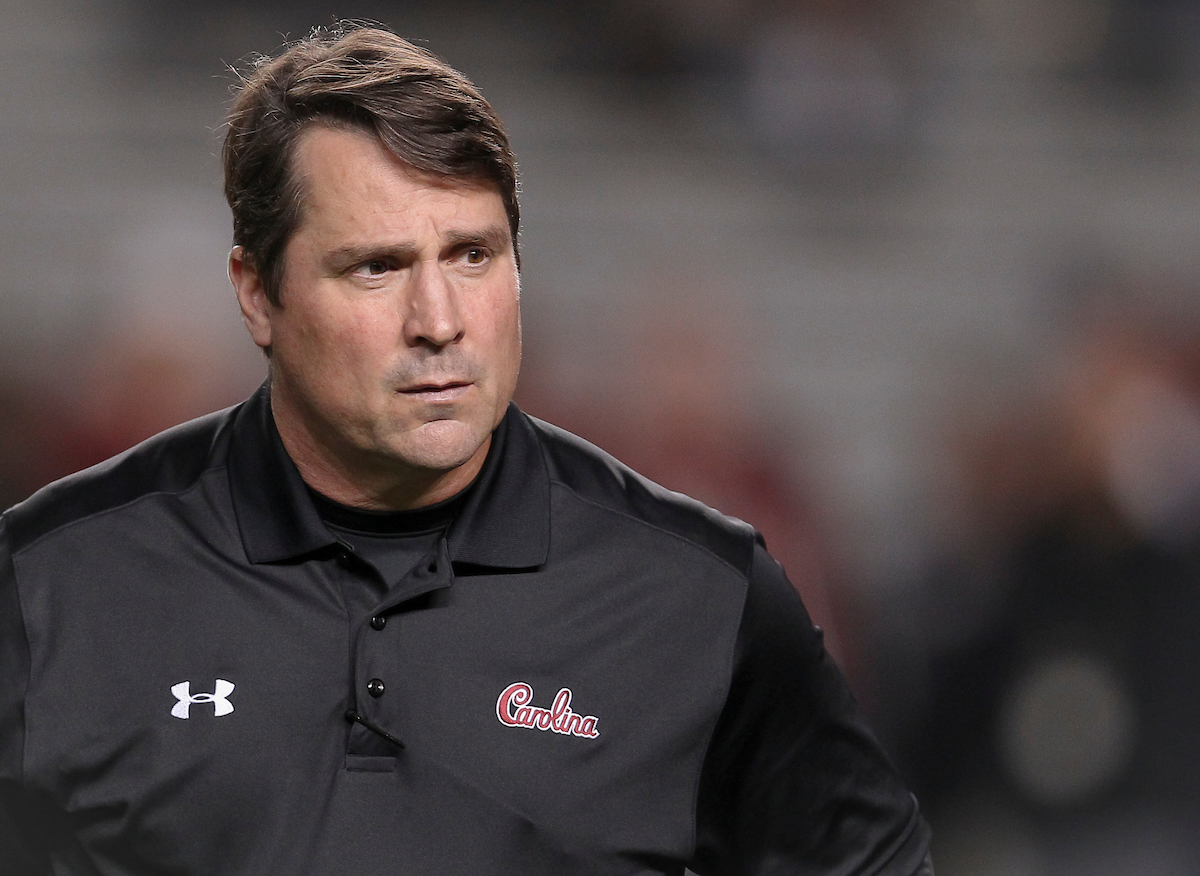 Prior to this week, the only news coming out of the University of South Carolina football program was bad news. Coaches were being demoted and fired. Star players were announcing their intention to leave the program. Allegations were being hurled about injured returning players.

Such was the detritus of a dismal 4-8 season that marked the second consecutive annual regression for thin-skinned head coach Will Muschamp – who only kept his job because the school could not afford to pay his massive $18.6 million buyout.

That situation, incidentally, has raised questions about the competency of South Carolina athletics director Ray Tanner – who has presided over regressions in multiple key sports since taking the reins of this program back in 2012.

But nowhere is the decline more visible – and costlier – than on the gridiron.

After boasting about having his most talented team in four years at South Carolina, Muschamp’s Gamecocks flopped spectacularly in 2019 – dropping five of their last six games after a shocking upset of No. 3 Georgia in mid-October.

It has been all downhill since then … until this week.

That is the video announcement of Jordan Burch, a five-star defensive end who shocked analysts by committing to the Gamecocks over Alabama, Clemson, Georgia and LSU. A 6-foot-5, 275 pound self-described “monster,” Burch is listed as the No. 5 overall recruit in the nation according to 247Sports and the No. 8 overall recruit according to Rivals.

He is the highest-rated recruit South Carolina has landed under Muschamp, assuming he follows through on his verbal commitment and signs with the Gamecocks in February.

The addition of Burch rounds out a solid class that already included four-/five-star running back MarShawn Lloyd of Hyattsville, Maryland and four-star quarterback Luke Doty of Myrtle Beach, S.C. Based on the reaction from analysts, it is nothing short of a coup for Muschamp – who is staring down a “do-or-die” season heading into his fifth year in Columbia.

Given the trajectory of the Gamecock program (and the recent loss of other top recruits), the 2020 class is nothing short of a miracle … and marks the second time Muschamp has managed to bring in a surprisingly strong recruiting haul following a losing season.

So let us give credit where credit is due …

This news outlet has been hypercritical of Muschamp lately (and with good reason), but his 2020 class – currently ranked No. 16 nationally – is impressive under any circumstances. And again, it is borderline miraculous given the Gamecocks’ current circumstances.

Here is the key question, though: What is Muschamp going to do with it?

The knock on the 48-year-old Rome, Georgia native after eight seasons at the helm of major college football programs (four years at Florida and four at South Carolina) has never been his ability to bring in talent – but rather his inability to develop it.

Muschamp is an exemplary recruiter, he’s just not a very good head coach. At least not judging by his middling 54-46 overall record (which includes a 32-32 record against conference opponents and 2-12 mark against ranked opponents).

Muschamp has retooled his offensive coaching staff after a disastrous year moving the football and scoring points, but can former Colorado State University head coach Mike Bobo turn things around in time to save the head coach his job?

Also, as good as South Carolina’s latest recruiting class may be, the Gamecocks still rank behind SEC East rivals Florida, Georgia and Tennessee – as well as Clemson (which has the No. 1 class in America) and their permanent SEC West opponent, Texas A&M.

The odds are long, and as mentioned it is now or never for Muschamp …

After a 9-4 season in 2017, the Gamecocks seemed poised for big things last year against a relatively friendly schedule. They dramatically underperformed expectations, though – punctuated by a humiliating shutout defeat against Virginia in the 2018 Belk Bowl.

The wheels completely fell off this season … and 2020 features matchups against opponents currently ranked No. 1, No. 3, No. 5 and No. 9 nationally.

Letter: FITSNews Off Base In Criticizing Furman University