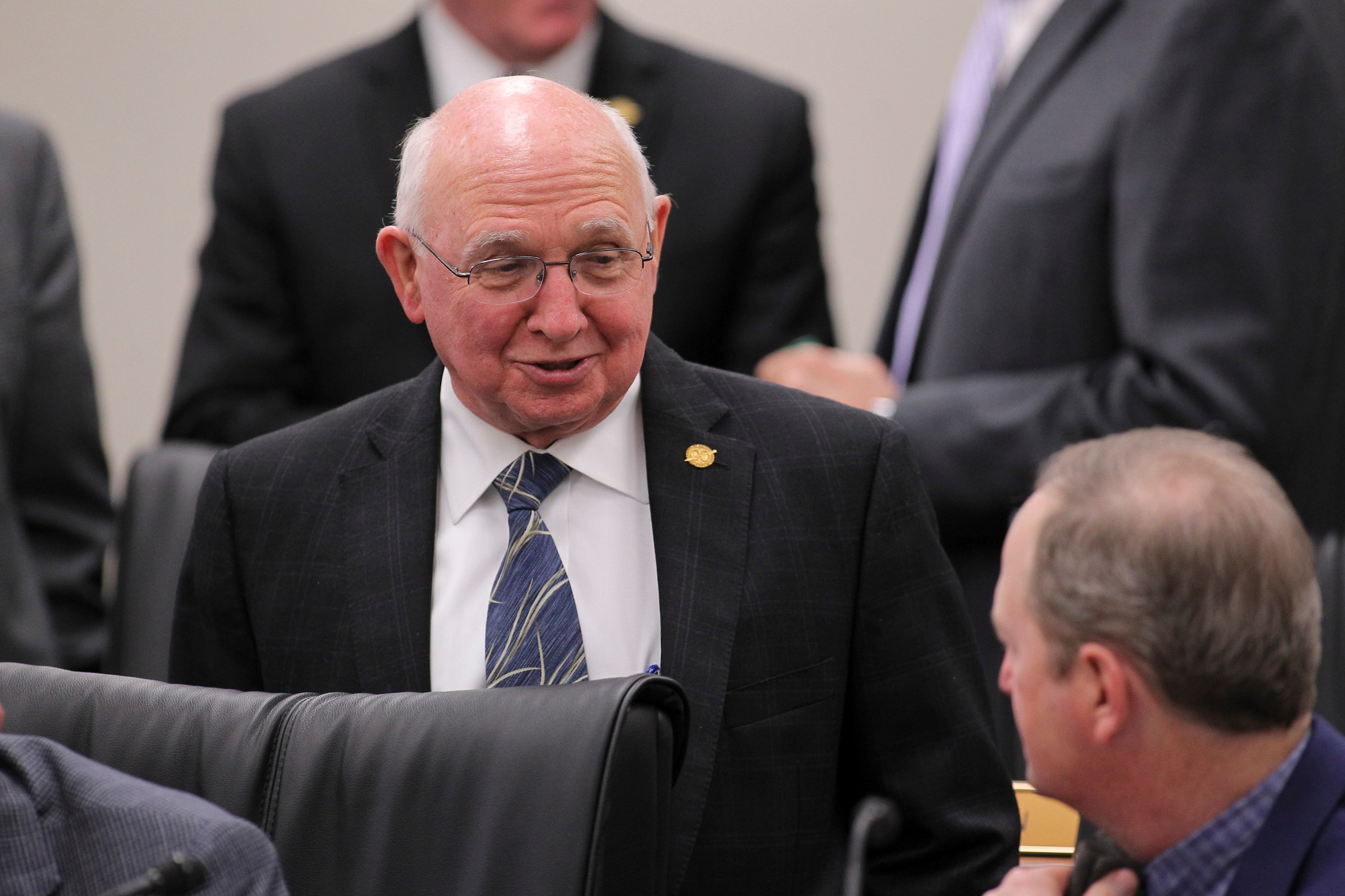 South Carolina state senator Paul Campbell – a fiscal liberal who in recent years has become the poster lawmaker for self-dealing and dishonesty at the S.C. State House – has drawn a challenger in the 2020 Republican primary, one vowing to bring “integrity back in style.”

Brian Adams – a volunteer fireman and retired police officer – announced over the weekend his intention to challenge Campbell for S.C. Senate district 44 (.pdf), a seat the latter has held since August of 2007.

Filing for legislative offices opens in March, with voters making their partisan primary selections in June. If no candidate receives a majority of votes in the initial primary election, a partisan runoff race would be held two weeks later.

“We’ve watched our state senator vote to misspend our money,” Adams said in announcing his candidacy. “We’ve watched him raise our taxes, erode our freedoms and throw money at problems that need common sense. What is Republican or conservative about any of that?”

According to Adams, his commitment to the citizens of district 44 is “to spend your tax dollars as if they were coming from my family’s wallet, to vote to restore our Second Amendment rights (and) to demand the state fix our roads, as they promised the gas tax would do.”

He also vowed “to push back on economic development that equates to political favors and crony capitalism” and “to vote to give parents the biggest voice in how their children are educated, and get teachers the resources they sorely need.”

Readers who are familiar with the editorial bent of this news outlet will no doubt notice extensive alignment between the views articulated by Adams and positions we often express. Accordingly, we are encouraged by his candidacy – and hope he follows through on his stated intentions. Of course anyone in politics can talk a good game, so we look forward to Adams making good on his word to “expand on the details of all of these (policies) in the coming weeks and months.”

For his part, Campbell is pure status quo. In addition to his consistent support for higher taxes and more government spending (and his longstanding opposition to any number of long-overdue reforms of state government) Campbell is the consummate self-dealer.

In addition to his dubious double dipping as leader of the Charleston County Aviation Authority – a plum political post that pays him $300,000 a year – Campbell was involved in a headline-grabbing scandal two years ago that nearly cost him his job.

Campbell (above) was arrested and charged with driving under the influence and providing false information to police in the aftermath of a collision on Interstate 26 near Ladson, S.C. in November of 2017. According to the driver of the vehicle allegedly struck by Campbell, the senator and his wife – Vickie Campbell – switched seats after the accident.

Both Campbells steadfastly denied that allegation, while the veteran lawmaker repeatedly told the S.C. Highway Patrol (SCHP) trooper who arrested him “I’m a state senator.”

“I’m going to change the law,” Campbell said after he was placed in handcuffs. “I’m going to stop this shit.”

This news outlet called on Campbell to resign in the aftermath of this incident … not for allegedly driving under the influence, but for what appeared to have been “a calculated effort to evade accountability for his actions.”

Campbell did not resign, however, and the charges against him were dismissed before he was to stand trial. Were we surprised by that outcome? Of course not. It was entirely predictable considering state lawmakers have the exclusive authority to elect and reappoint judges in the Palmetto State.

Despite his scandals, Campbell will not be easy to beat next spring. According to his most recent campaign finance report, he has a whopping $340,000 to spend on his reelection bid – and that is before he starts raising in earnest for 2020. Our guess is Campbell will probably wind up raising and spending more than a half a million dollars on his bid to keep his seat.