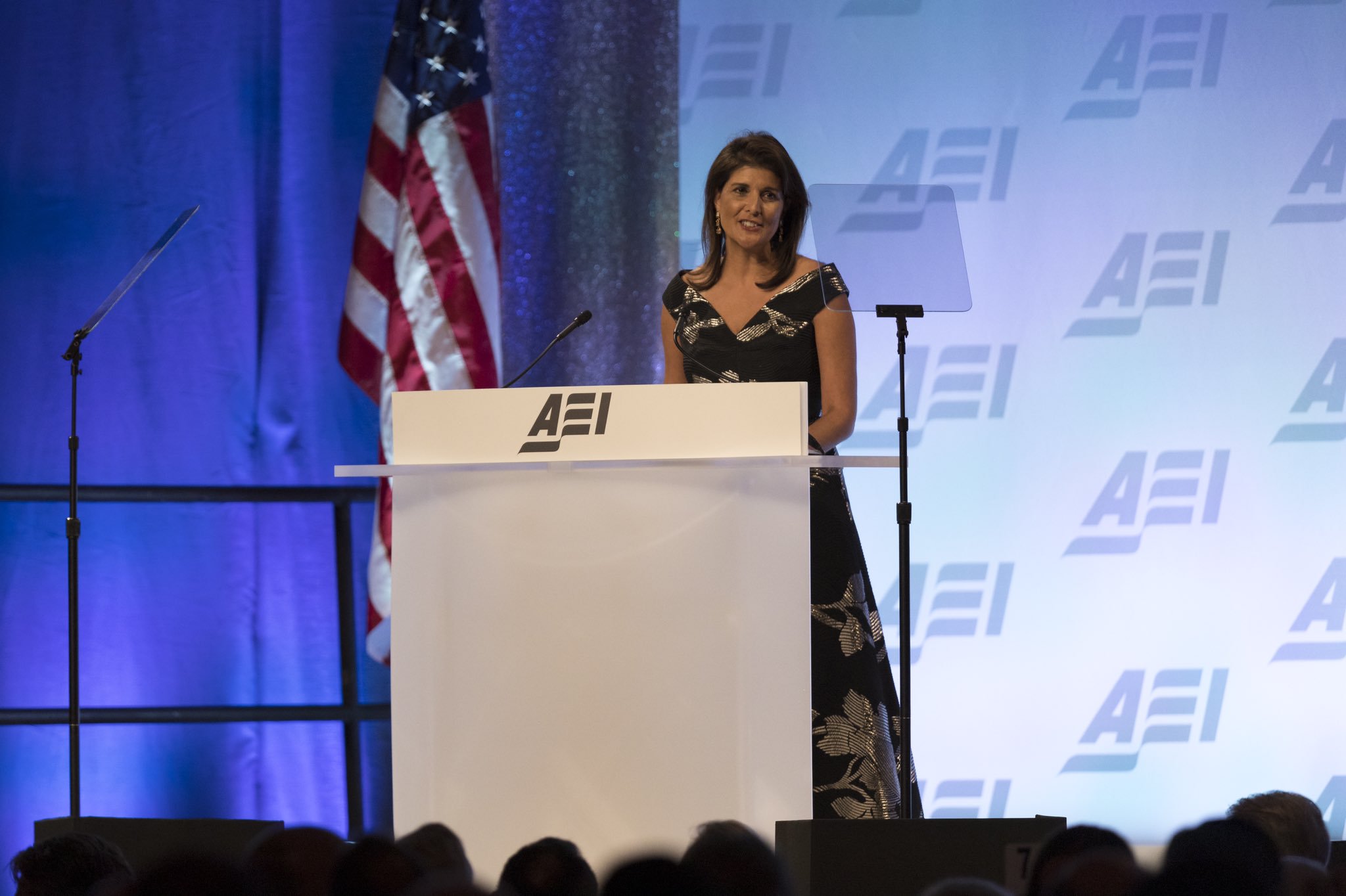 Republicans in Dallas county, Texas issued an apology to former United Nations ambassador Nikki Haley this week after referring to her as the frontrunner for the 2024 GOP presidential nomination ahead of a forthcoming appearance there.

Wait … isn’t that a compliment?

Yes … but apparently it did not fit within the assigned parameters of Haley’s latest national machinations, providing an instructive look at the delicate balance the former South Carolina governor is hoping to strike between useful publicity and transparent self-promotion.

“After the release of her book, With All Due Respect, Former U.N. Ambassador Nikki Haley is being called the early frontrunner for the 2024 GOP presidential nomination,” an email solicitation from the party noted. “Join Dallas County Republican Party and Park Cities Republican Women in welcoming Nikki Haley to Dallas on December 2.”

Would-be attendees were asked to donate $25,000 to attend the event.

News of the email was first reported by Alex Isenstadt of Politico, who referenced Haley’s lingering rivalry with U.S. vice president Mike Pence in his coverage.

“Team Pence isn’t too happy about this,” he tweeted.

According to Isenstadt’s article Haley wasn’t all that happy about it, either.

“We did not encourage that, and had no involvement in their choice of how to promote the event,” a Haley spokesperson told Isenstadt.

As a result, the party issued an apology to Haley and took down a “Road to 2024” website that had accompanied the event invitation. New invitations will be issued to prospective guests soon.

“It’s completely my fault,” the party’s chairman, Rodney Anderson, told Isenstadt. “She’s glad to come help us raise money … but (2024 is) not what this is about.”

As we noted latest week, Haley’s latest gambit on the national stage is drawing mixed reviews. Her allegations that former U.S. secretary of state Rex Tillerson and former White House chief of staff John Kelly unsuccessfully recruited her to join them in a shadow conspiracy against U.S. president Donald Trump have certainly succeeded in generating headlines … but not all of those headlines have been good.

In addition to sparking sharply-worded denials from those she accused, Haley has been excoriated by several of her most vocal supporters – including Kathleen Parker of The Washington Post writers group.

Parker was unequivocal in her criticism of Haley, saying the 47-year-old politician had “sandblasted her carefully crafted facade and, in a transparent act of virtue signaling, stabbed two of her former colleagues and fellow Cabinet members between the shoulder blades.”

Parker also also claimed Haley “bought her own myth and sold it cheap.”

Our view? While we concur wholeheartedly with Parker’s assessment of the situation, the fact remains Haley is a 2024 frontrunner and remains a distinct possibility to replace Pence on the 2020 ticket in the event Trump believes it would benefit him electorally (which, as we have frequently noted, it would).

Of course the closer Haley flies to the sun … the hotter it gets.