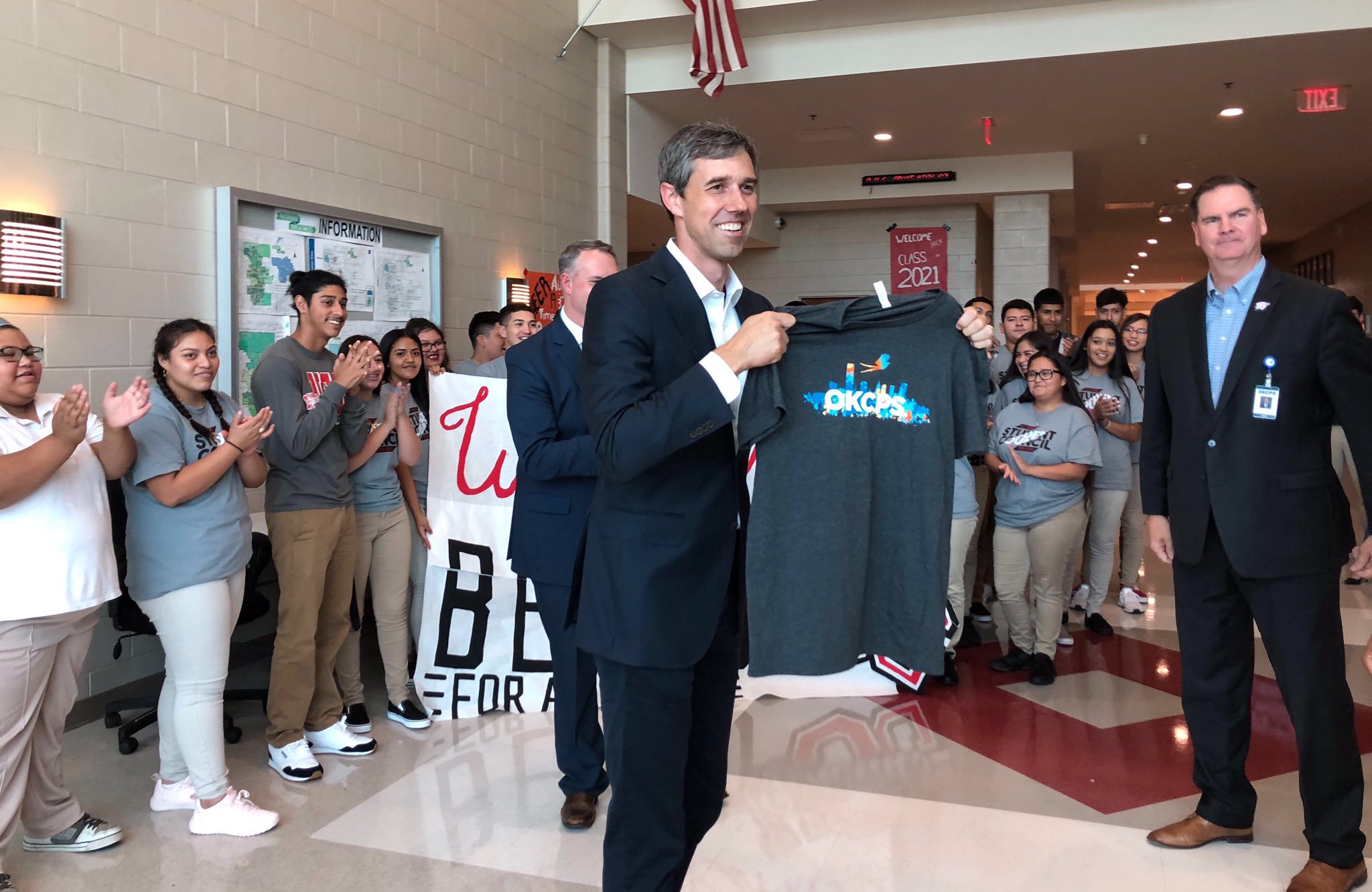 What happened? Not to put too fine a point on it, but O’Rourke is nuts.

And no … we aren’t just talking about his reflexive embrace of every rabidly leftist/ socialist talking point (although that seems sufficient evidence of insanity), we are talking about the disturbing insides of his mind.

O’Rourke entered the 2020 race with every possible advantage. Oprah Winfrey practically begged the so-called “White Obama” to enter the 2020 race. Meanwhile Barack Obama embraced the comparisons between himself and O’Rourke, calling the lanky Texan “an impressive young man.”

Despite a late entry into the race, polls showed O’Rourke among the top tier of the then-emerging Democratic field. As recently as April 8, 2019, Real Clear Politics showed him in third place in its composite polling of the race – trailing former vice president Joe Biden and socialist U.S. senator Bernie Sanders of Vermont.

In his first 24 hours as a candidate, O’Rourke raised $6.1 million online – prompting reporter Jonathan Martin of The New York Times to gush about “how much he has captured the imagination of many Democratic activists around the country.”

The road to the White House seemed wide open … with the telegenic young candidate himself proclaiming he was “born to do this” in a a splashy spread in Vanity Fair.

Unfortunately for O’Rourke, not even the leftward-lurching Democratic electorate was ready for his brand of looney liberalism – including a rabidly anti-Second Amendment policy that would have mandated the actual surrender of certain firearms to the government.

O’Rourke also called for tearing down the border wall, granting voting rights for felons, expanding socialist medicine and of course subsidizing all manner of unsustainable government expansions with massive increases in taxes and spending.

He also warned churches their tax-exempt status would be revoked unless they agreed to perform same-sex marriages.

“We are going to stop those who are infringing upon human rights,” O’Rourke declared.

Then there was his widely mocked statement on “menstrual equality.”

Oh, and let’s not forget his position on life …

Egged on by “woke” media panderers and fringe activists within the party, O’Rourke tried to differentiate himself by being the most liberal candidate in the Democratic field. Rather than staking out ground as a thoughtful, centrist candidate with Kennedy-esque charisma – he instead dove headfirst into the feverish insanity gripping his party’s base.

“The pivot didn’t work,” noted Geoffrey Skelley for FiveThirtyEight, adding that O’Rourke may have also doomed his chances for capturing statewide office in Texas. “For a young politician who might be mentioned as a possible candidate in future elections, his leftward turn may have also damaged his ability to run for statewide office in Texas again, as it’s still a Republican-leaning state.

According to Karen Tumulty of The Washington Post, O’Rourke’s exit from the race left his supporters heartbroken.

“Sure, they knew what the polls were saying, but their hopes were telling them something else,” Tumulty wrote.

“I put my whole life on hold, and (went) into major debt to do it,” one tearful O’Rourke supporter told her. “I figured he was a new paradigm in politics.”

Meanwhile, right-of-center websites – which O’Rourke made a point of excluding from his campaign events – mocked the terminus of his spectacular collapse by taking note of “cheer guides” distributed by his campaign at an Iowa event.

That is some serious schadenfreude …

In one of the more extensive mainstream media post mortems on the O’Rourke collapse, David Siders of Politico lamented the failed campaign as “an object lesson in the familiar limits of charisma, the liability of high expectations and the importance of organization.”

Siders also expended considerable ink on the theory that O’Rourke failed because he pissed off the press.

“He alienated reporters by refusing to provide basic information about his schedule – including, for many outlets, the location of his campaign’s first public event,” Siders wrote. “He later acknowledged he needed to do a ‘better job’ reaching a national audience. But at first, he believed he didn’t have to – that based on the success of his Senate campaign’s social media effort, he could largely bypass the traditional press.”

“It was a miscalculation, and O’Rourke was punished for it,” Siders concluded, paying substantially less attention to the candidate’s underlying ideological miscalculation.

Because that doesn’t fit the national narrative.

In the end, though, the O’Rourke campaign got one thing right … even the Democratic electorate isn’t ready for this level of crazy.

“Our campaign has always been about seeing clearly, speaking honestly, and acting decisively,” he said in a tweet. “In that spirit: I am announcing that my service to the country will not be as a candidate or as the nominee.”