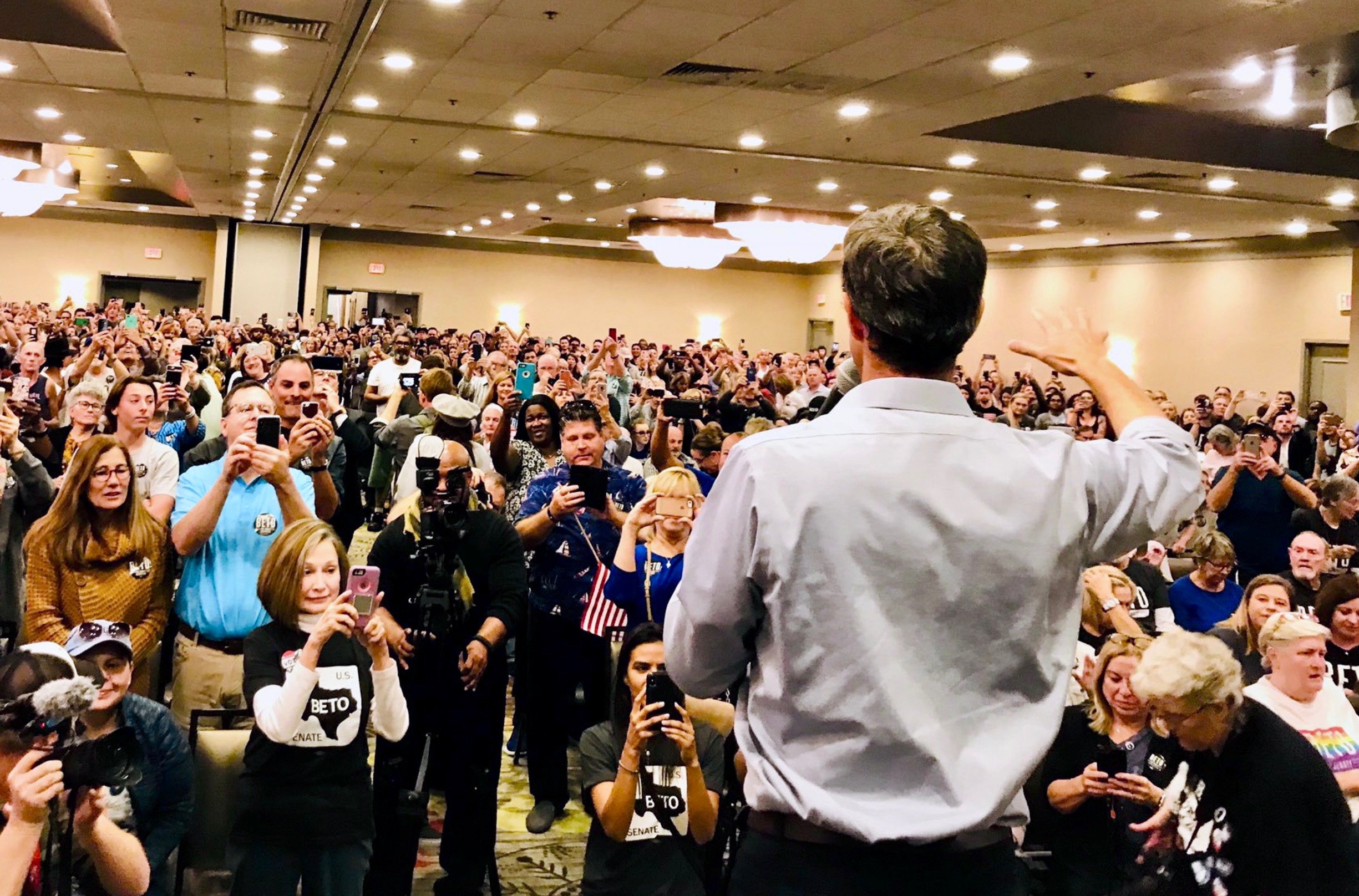 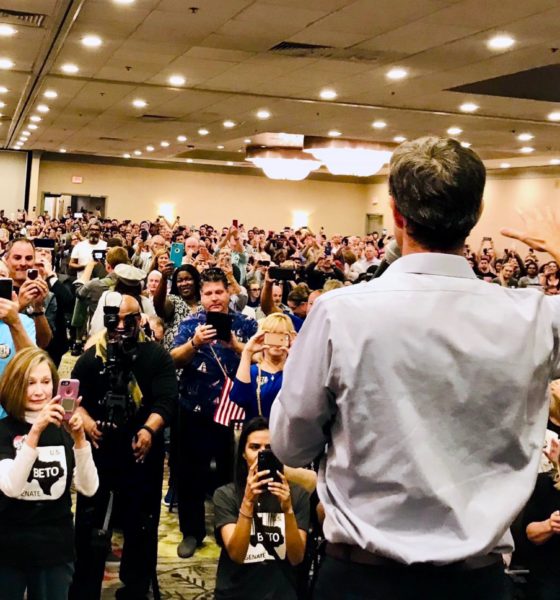 The great contemplator makes his move toward a “birthright presidency …”

The navel gazing is almost over … we think.

Faced with declining poll numbers in early voting Iowa and mounting criticism from a media establishment that was supposed to be fawning over his every move, former congressman Beto O’Rourke of Texas is finally leaning into a bid for the 2020 Democratic presidential nomination.

Is it too late, though?

Has O’Rourke’s introspective, often indecisive approach to a possible presidential bid squandered the momentum he carried with him from a better-than-expected showing last fall against U.S. senator Ted Cruz?

Then there was O’Rourke’s odd entrance – a splashy spread in Vanity Fair, (complete with photos from Annie Leibovitz) in which the 46-year-old El Paso native says he was “born to do this,” referring to the American presidency.

Cue up the #BirthrightPresidency hashtags …

Is the arrogance justified to some degree, though? Oprah Winfrey practically begged the so-called “White Obama” to enter the 2020 race – a logjam of sitting senators and other Democratic hopefuls. Like many other prominent liberals, she believes he can break the logjam and reclaim 1600 Pennsylvania from Donald Trump.

But has O’Rourke missed his moment? Is he approaching a nadir at the precise moment when a candidate should be hitting their zenith?

More fundamentally, is he simply too quirky to connect with voters in early-voting states that place a premium on relatability?

“He has dangled news, but not made it,” noted Megan Garber for The Atlantic. “And many of those watching this months-long and very public form of soul-searching have begun to lose the very thing that Beto’s lengthy blog posts have assumed people will have for him: patience.”

Garber’s piece even included a snarky reference to a post in which O’Rourke’s pre-presidential road trip was slammed by CNN senior “reporter” Nia Malika-Henderson as dripping “with white male privilege.”

Another scathing critique of O’Rourke’s nascent candidacy by Slate’s Josh Voorhees was even more damning. After listing his attributes – political celebrity, devoted followers and unlimited fundraising potential – Voorhees noted that “Beto is missing one important thing, though: an actual reason to run.”

“O’Rourke would enter the race as a man without a clear political ideology, a signature legislative achievement, a major policy issue, or a concrete agenda for the country,” Voorhees wrote. “Knowing what you don’t know is an admirable quality, but it has limits. If O’Rourke is going to seek the highest office in the land, he should have some answers of his own. After three terms in the House and one run for the Senate, it’s not clear he does.”

Whatever he believes, polling in Iowa clearly shows support for O’Rourke wearing thin …

According to a Des Moines Register/ CNN/ Mediacom survey released Saturday, only five percent of likely Iowa Democratic caucus-goers support O’Rourke – down from 11 percent in December. The intensity of support for O’Rourke has also declined markedly, with the percentage of those who view him “very favorably” dropping from 28 percent to 19 percent.

Will the Vanity Fair interview help O’Rourke claw back into the top tier of candidates – most of whom have been hustling for votes all these months he has been pondering “what it all means?”

“There is something abnormal, super-normal, or I don’t know what the hell to call it,” O’Rourke told Hagan of being on the campaign trail. “There’s something that happens to me.”

Of a speech he gave in Houston during the early stages of his campaign against Cruz, O’Rourke had this to say …

I got in there, and I don’t know if it’s a speech or not, but it felt amazing. Because every word was pulled out of me. Like, by some greater force, which was just the people there. Everything that I said, I was, like, watching myself, being like, How am I saying this stuff? Where is this coming from?

Even O’Rourke acknowledged later in the interview that such unscripted, occasionally aimless approaches to campaigning “may be an incredibly stupid strategy” for winning the White House.

Of course he also said it “may be a brilliant strategy.”

How will O’Rourke’s meandering brand of progressive populism play in early-voting South Carolina? Especially if a seasoned politician like former vice president Joe Biden (who is currently pacing the polls in both early-voting states) jumps into the race?

We will have to see …

Obviously, the Palmetto State elected a narcissistic navel gazer named Mark Sanford to its governor’s office twice (and to the U.S. congress six times) – but the infamous “Luv Gov” – who also channeled populist energy and eschewed working from a script – never had to court the black vote with his brooding brand of introspection.

Nor did Sanford have the notoriously fickle national press trailing his every move … well, except for that sweltering summer of 2009 when he treated the world to a seemingly endless stream of soul-searching over his long-lost soulmate, María Belén Chapur.

Personally, we believe O’Rourke will struggle to resonate with voters here in the Palmetto State … especially if Biden jumps in.

Voters here value authenticity, but – as they do in Iowa – also place a premium on decisiveness and clarity, two things O’Rourke does not appear to have in spades.

It boils down to this: You can go off script … but when you do, you had better be going someplace.

O’Rourke needs to demonstrate he knows where he is going … which is the first and most important step in getting people to follow you.

Organization also matters, and several of O’Rourke’s top rivals – including senators Kamala Harris and Cory Booker – have spent the last three months assembling and expanding their “First in the South” operations.

Not to mention being decisive about their intentions …

One thing is clear, though: Biden and O’Rourke are the two remaining wild cards in a field that is growing more settled by the day. Their announcements will push us much closer to some long-awaited certainty as to the composition of the Democratic field.

Which is when the “First in the South” fun really starts …