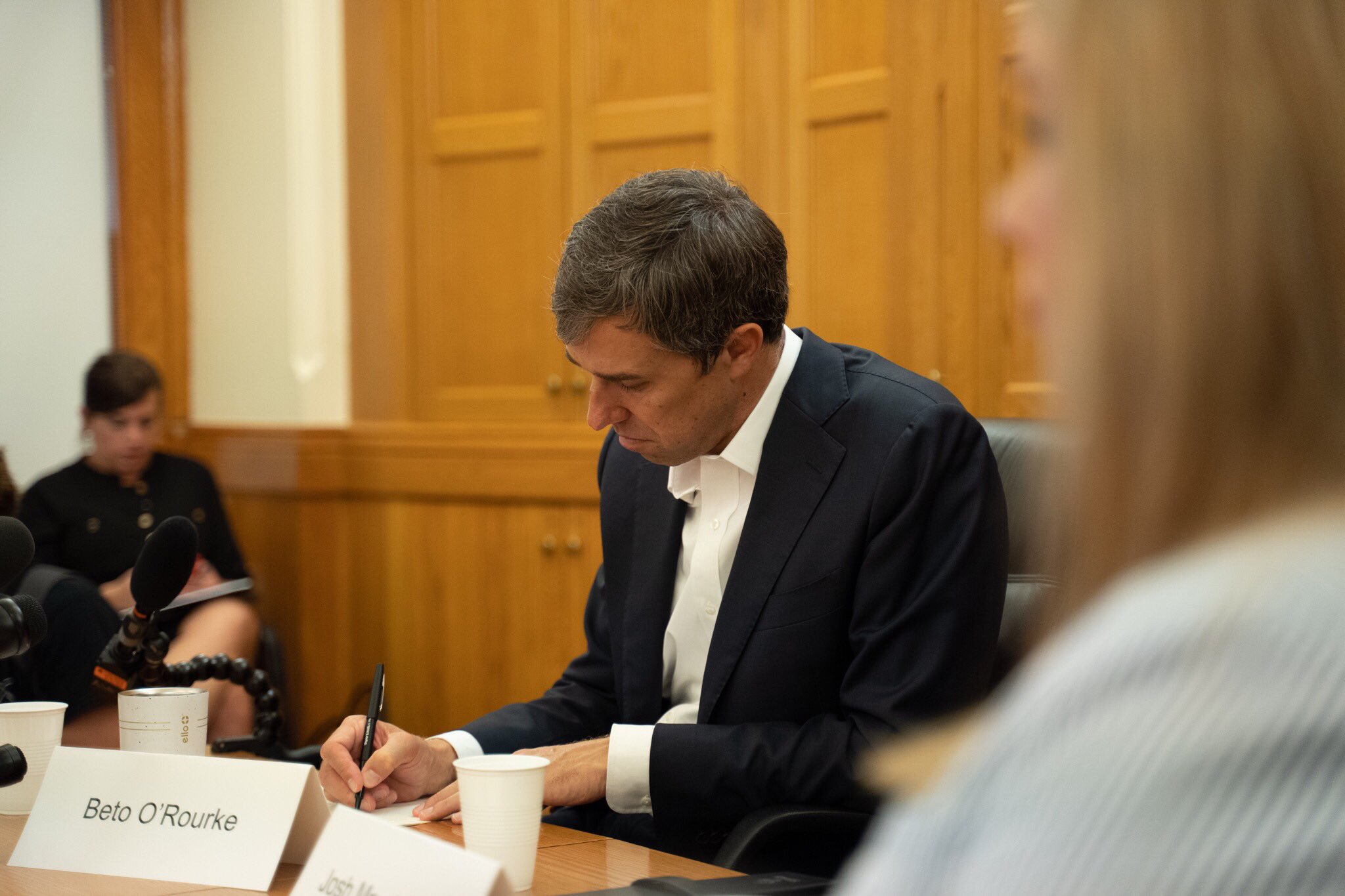 Joel Pollak was kicked out of an event held by O’Rourke at Benedict College in Columbia, S.C. According to the veteran reporter, the candidate who previously championed freedom of the press had a campus police officer do the dirty work for him.

Why was Pollak booted? We have “no earthly,” as the cool kids say, although the journalist receiving the stiff-arm had a few thoughts to share about the situation.

“With his poll numbers falling in the Democratic presidential primary, O’Rourke has decided that he is entitled to abuse members of the press who cannot be relied upon to provide favorable coverage,” Pollak wrote in his recap of the snub.

Wait a minute … is anyone providing O’Rourke with favorable coverage?

Because we must have missed that …

Last time we took note of O’Rourke, it was to point out that most people had pretty much forgotten about him. Hell, O’Rourke has flamed out so spectacularly no one is even bothering to do opposition research on him anymore.

Not that there was much left to do …

Favorable coverage? At this stage of the game O’Rourke should be begging for any coverage he receives.

Seriously, even if Pollak showed up at this particular event with the expressed intention of writing a garden variety negative story about O’Rourke (which we have no doubt is exactly why he was there), why on earth would the campaign kick him out?

The fact Breitbart sent a senior editor to South Carolina to cover O’Rourke’s flagging candidacy should honestly be seen as good news for the 46-year-old El Paso, Texas native. It is a bestowal of relevance that O’Rourke frankly doesn’t deserve when you consider he is currently polling at one percent in the Palmetto State.

Also, the last time we checked if you are a liberal politician running in a crowded Democratic primary election – getting slammed by a conservative news outlet is not necessarily a bad thing. In fact, it is precisely the sort of “badge of honor” situation that smart campaigns are able to turn around and use to their advantage … but alas, O’Rourke is not running a smart campaign.

Which brings us to our final point: O’Rourke has really stepped in it in this particular case precisely because he has been so vocal in the past about the need for a free press.

“The press is not the enemy of the people but the best defense against tyranny,” he said during a town hall meeting last fall. “We need to vigorously defend the freedom of the press. It’s essential for our democracy.”

Essential for democracy … until the press starts asking questions and writing stories candidates don’t like (a.k.a. doing their job). That, apparently, is when O’Rourke stops “vigorously defending” them and starts banning them from covering his events.