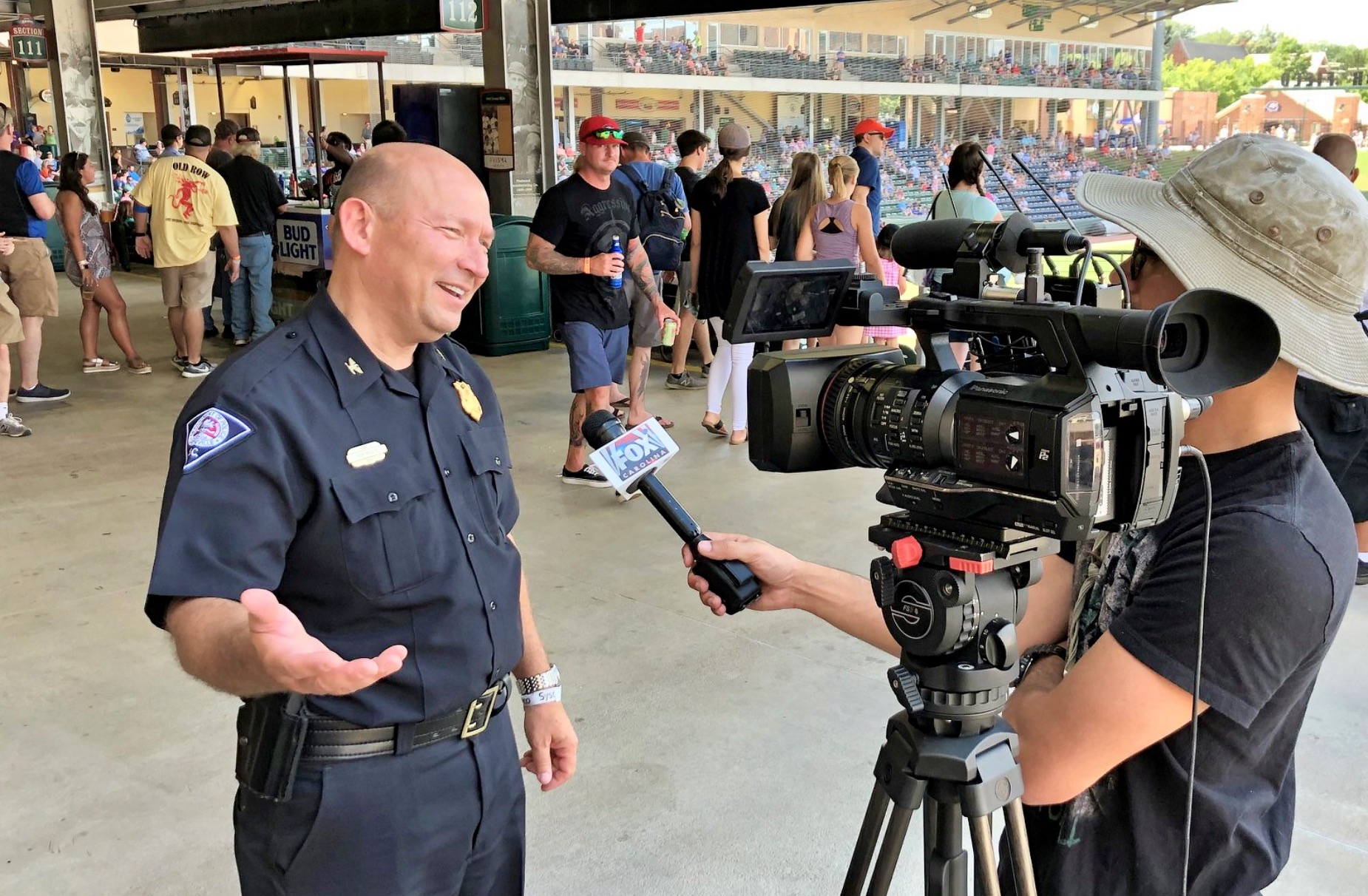 The office of South Carolina first circuit solicitor David Pascoe has received a copy of an investigative report detailing allegations involving Ken Miller, the embattled police chief of Greenville, South Carolina. Pascoe appears to have been handed the case because S.C. thirteenth circuit solicitor Walt Wilkins, who would ordinarily have jurisdiction over the matter, has a conflict.

One of the allegations said to be at the heart of this investigatory report? Preferential treatment allegedly shown by Miller’s department to a wealthy subject in connection with an alcohol-related arrest last August … or an attempted arrest, at any rate.

The subject in question? Prominent Greenville hotelier Dharmendra “DJ” Rama – president and chief executive officer of Auro Hotels. Rama is a supporter of the city and its police force. In fact, he appeared at an event honoring local law enforcement just hours before his apprehension last summer.

Questions have also been raised about the Greenville police foundation – a non-profit organization that provides support for Miller’s department.

News of the referral in Miller’s case comes a day after this news outlet exclusively reported on another Upstate law enforcement scandal involving allegations of preferential treatment. In that case, S.C. eleventh circuit solicitor Rick Hubbard declined to prosecute a commander with the S.C. Highway Patrol (SCHP) after he improperly meddled in the 2014 arrest of a prominent supporter of Clemson University.

That case was also referred from the thirteenth circuit due to a conflict.

Both of the investigations were conducted by the S.C. State Law Enforcement Division (SLED). In Miller’s case, he personally requested that SLED investigate his office in the aftermath of reports that first appeared on this news outlet back in March.

Miller’s drama has produced no shortage of fireworks, including allegations of a romantic entanglement between him and one of the board members of the Greenville police foundation, businesswoman Marie Dunn-Blough. SLED investigators reportedly asked Dunn-Blough (below, with Miller) about this allegation on multiple occasions during the course of their investigation.

Blough found himself in the news earlier this week after he was arrested on Tuesday for violating his parole and the terms of a permanent restraining order that enjoined him from harassing Dunn-Blough.

The founder of Rehinge, Blough suffers from type one bipolar disorder that produces a “level of psychosis … (that) would shock almost anyone,” to use his own words. As of this writing, Blough remained incarcerated on his two most recent charges after bond was denied at a hearing on Tuesday.

In addition to Miller, Jason Rampey – a lieutenant with the Greenville police department – has also been named in connection with the SLED investigation. Rampey is one of the leaders of the Greenville criminal investigations unit – and was reportedly in line to receive a promotion to the rank of captain prior to this scandal breaking.

In fact, all of Miller’s promotions have been placed on hold pending the outcome of the inquiry, we are told.

In addition to allegations of preferential treatment related to the “Rama drama,” the SLED inquiry is also reportedly looking at “similar situations” involving other “noteworthy citizens,” per our sources.

Stay tuned … we will be sure to let our readers know in the event we hear anything from Pascoe’s office regarding the findings of the SLED investigatory report.