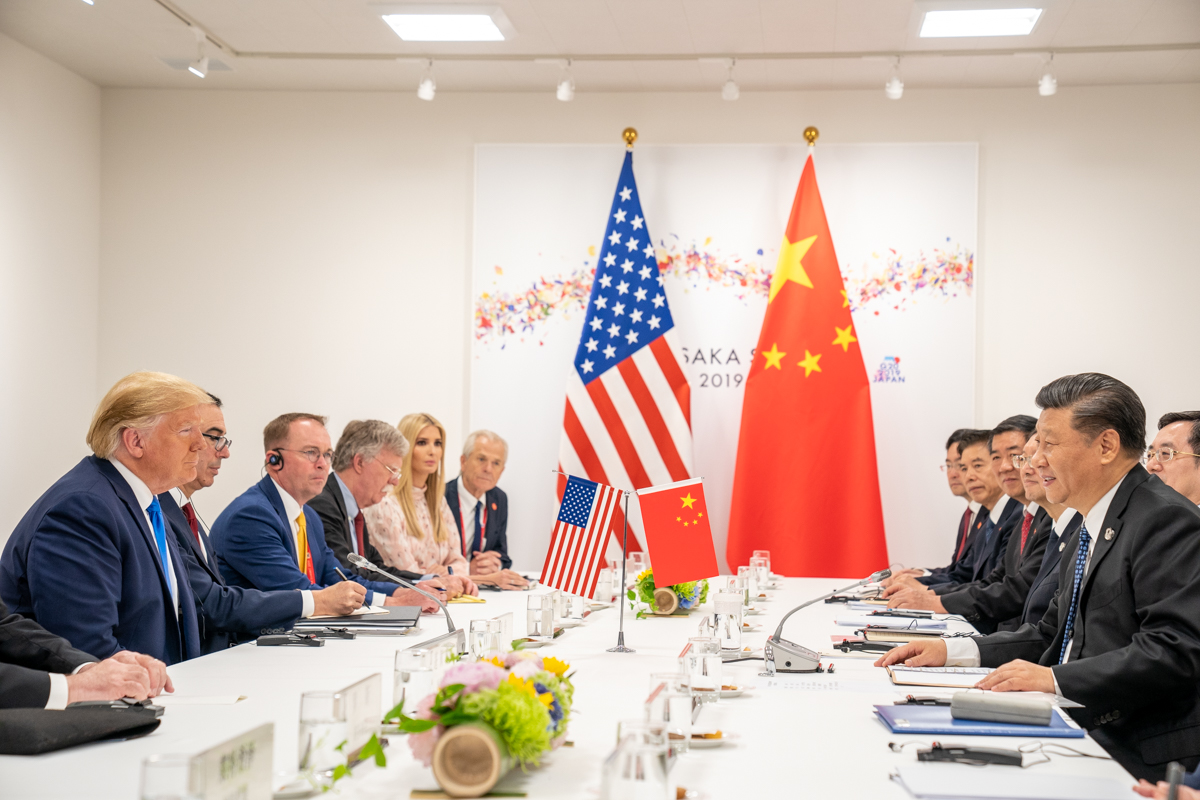 When you stop and think about it, there is really no compelling reason for South Carolina Republicans to cancel their quadrennial “First in the South” GOP presidential preference primary. At least no compelling political reason, anyway.

Aimed at benefiting U.S. president Donald Trump, this gratuitous sop could actually wind up hurting him. How so? Well, it would deprive the incumbent – who is obsessed with “winning” – an opportunity to thoroughly trounce three rivals (including a former Palmetto State governor) in a state where he is viewed as a god.

We have frequently opined that beating a former South Carolina governor in his own back yard would make for a “nifty national narrative” for Trump … but it is increasingly looking as though an international narrative is factoring into the decision not to hold the primary.

Also worth considering? What possible role the White House may have had in bringing this potential narrative to the attention of the SCGOP.

Obviously there are all sorts of connections here: Chief of staff Mick Mulvaney hails from South Carolina (and recently headlined the party’s annual fundraiser) – and beyond that there is the rumored backchannel between two former “First in the South” advisors to Mike Huckabee, White House deputy press secretary Hogan Gidley and SCGOP executive director Hope Walker.

Our guess is all of these proximities will be closely scrutinized in the increasingly likely event the SCGOP gets sued over its decision to call off the presidential vote.

First, though … the process. As our guest columnist Justin Alexander pointed out in an opinion piece earlier this week, members of the SCGOP executive committee made the decision to cancel the primary in executive session, “where only the members, the chairman, and staff (and possibly attorneys for the party) were allowed.”

In other words, they reached their decision in secret.

Oh, and in case you haven’t been keeping up, the vote was made in direct contravention of the party’s rulebook – which clearly stipulates that only a vote of assembled delegates at the state convention can call off a primary.

What motivated them to break this rule? Trump. Don’t take our word for it, though.

Which is exactly what they did …

At this point, it should be abundantly clear to anyone with functioning eyeballs that the state party is nothing but a political extension of the Trump reelection campaign – meaning there is next to no chance the decision to cancel the primary was made without a recommendation (order?) being handed down from Washington, D.C.

Or to put it a less conspiratorial way: If Trump wanted the SCGOP to hold a primary, it absolutely would.

Trump clearly doesn’t want a “First in the South” primary, though, which leads us to the critical question: Why not?

According to our sources, White House officials have indicated they fear that a February 2020 election could become a referendum on Trump’s trade war – which is disproportionately impacting the Palmetto State’s economy. While we support the president on this issue, there is absolutely no doubt the trade war is an economic loser for South Carolina given its reliance on foreign investment and exports.

In an opinion piece published last spring by Emily Conrad, the data plainly pointed to the impact South Carolina was likely to feel.

“When you consider that a substantial portion of our exports are European cars to China … that’s where the trade stuff gets really rough for South Carolina,” one economic advisor told us. “I’m not saying the United States should wave the white flag on China – we absolutely should not – but when people say things like ‘there’s going to be pain along the way’ nowhere is this pain going to be felt more acutely than in South Carolina.”

“South Carolina is the leading victim of the trade war,” the advisor added.

Obviously 2018 was not a good year for the Palmetto State economy. Not only did its total economic output show signs of weakness, but its competitive position showed additional slippage (see here and here). This slippage, of course, is compounded by the fiscally liberal leadership of pro-Trump Republican politicians in the state.

And while the leader of the pro-Trump forces in South Carolina – GOP governor Henry McMaster – continues touting the robustness of the employment situation in the Palmetto State, a quick peek under the hood reveals the fundamentally speciousness of these claims.

South Carolina is struggling on the work force front … and those struggles will only be compounded if the national economy slips into recession.

Still … is there any conceivable situation in which Trump could lose a GOP presidential primary election in South Carolina? No. The latest polling shows him enjoying a 9-to-1 lead (at least) over the rest of the field. Also, we do not accept the assertion advanced by challenger Mark Sanford that Trump’s Palmetto State support is a “mile wide and an inch deep.”

It may not be as strong as some suggest, but Trump remains incredibly popular in South Carolina.

Our guess? It is not Palmetto State Republican voters that Trump is worried about when it comes to the “First in the South” primary, but rather the establishment of a broader narrative – namely that his trade policies are hurting states that supported him in 2016.

If such a narrative were to gain traction during a South Carolina primary election, it could do significant damage in other similarly situated states (ahem, Michigan) where Trump is struggling to replicate the Electoral College coalition that led him into the White House three years ago.