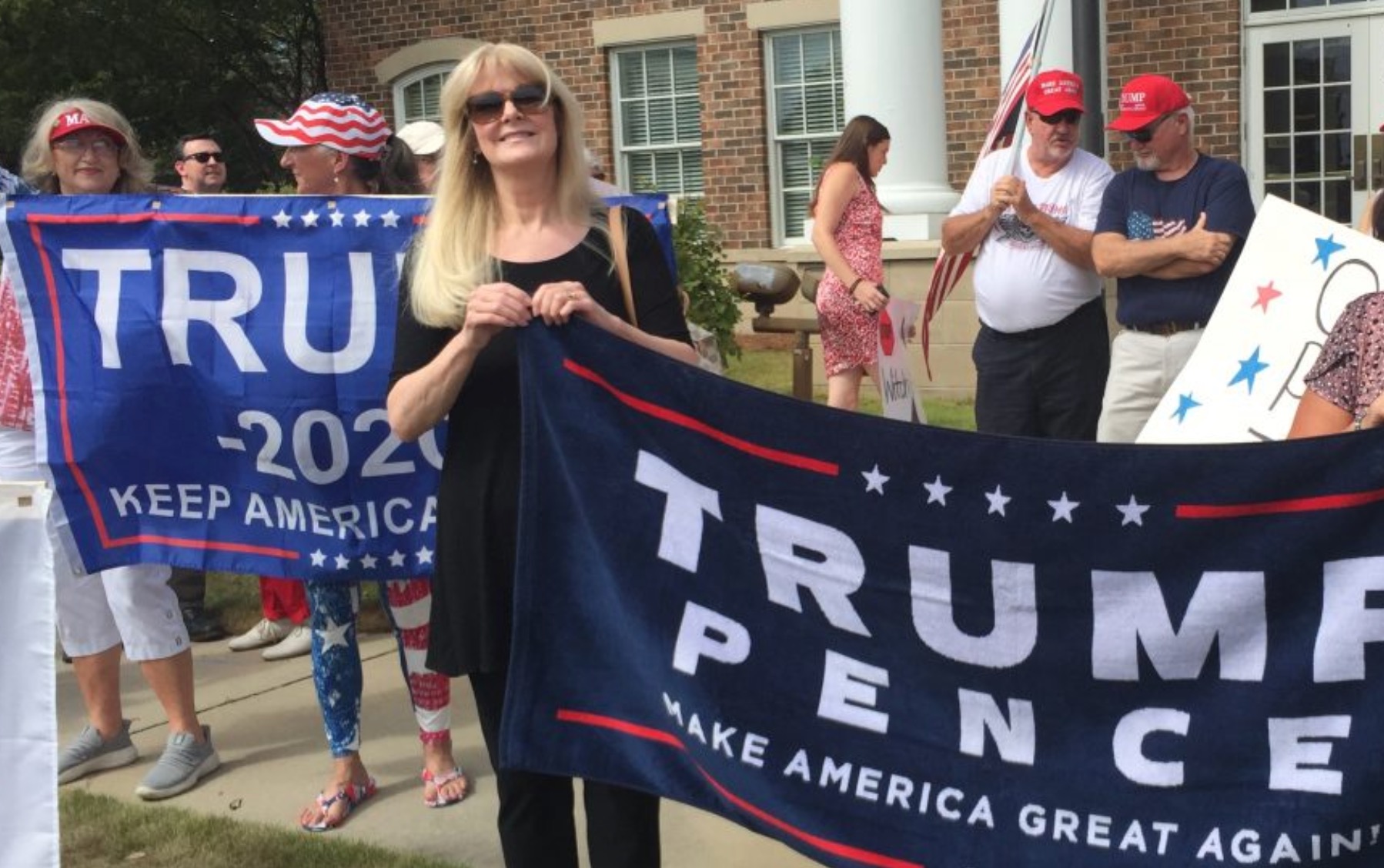 South Carolina Republicans gathered outside the office of Democratic congressman Joe Cunningham to protest his party’s support for the impeachment of U.S. president Donald Trump. The only problem? Cunningham doesn’t support impeachment … at least not yet.

According to the website Lowcountry Source, around sixty Trump supporters gathered outside of Cunningham’s Mount Pleasant, S.C. office as part of a nationwide GOP campaign entitled Stop The Madness, which bills itself as “a one-stop clearing house to defend the president.”

“Democrats promised to reach across the aisle and work with President Trump and Republicans to serve the American people, but instead are now pushing their hyper-partisan impeachment agenda,” GOP chairwoman Ronna McDaniel said in announcing the new effort. “Enough is enough; Americans are sick and tired of these witch hunts. We are going to hold Democrats accountable for their ridiculous charade and remind voters that their Democrat representative turned their back on them.”

Cunningham has yet to take a position on impeachment, however.

“Right now, Congress is investigating the president not impeaching the president,” Cunningham said in a statement responding to the rally. “I want to be clear that I am withholding judgment on whether our president should be impeached until hearing all the evidence and ideally, hearing directly from the whistleblowers.”

“These allegations are incredibly serious and not something that should be decided on Twitter, by the news media or by partisans in either party,” Cunningham added. “It’s why I’ve tried to act responsibly and deliberately, without letting politics or tribalism influence my thinking.”

Two GOP candidates who are vying for the right to challenge Cunningham next fall showed up at the rally – Mount Pleasant, S.C. town councilwoman Kathy Landing and “Bikers for Trump” founder Chris Cox, who also hails from Mount Pleasant.

The first congressional district was held by Republicans for nearly forty years prior to Cunningham’s upset win last fall. Trump won the district in 2016 by more than 13 percentage points over Hillary Clinton. Not surprisingly, the GOP has made recapturing the district its top priority in the 2020 congressional elections – but the party has struggled to find a winning message against the telegenic young “ocean engineer.”

Even when potentially exploitable avenues presented themselves … the party has found a way to drop the ball.

They have also been undercut by the support Cunningham has received from certain Republican politicians and conservative organizations. Specifically, governor Henry McMaster has appeared at press conferences with Cunningham touting the latter’s efforts against offshore drilling. Earlier this week, our news outlet reported on a mailing from Virginia-based conservative group Americans for Prosperity that praised Cunningham for his vote against the most recent Washington, D.C. spending bill.

Beating Cunningham will be difficult even if the GOP is unified against him. It will be impossible if the party is divided, which was made clear last fall when former congressman Mark Sanford refused to support Republican nominee Katie Arrington in her campaign against Cunningham.

Paige Roberts: Who Stole The ‘B’ From Justin Bieber’s Wedding Weekend?