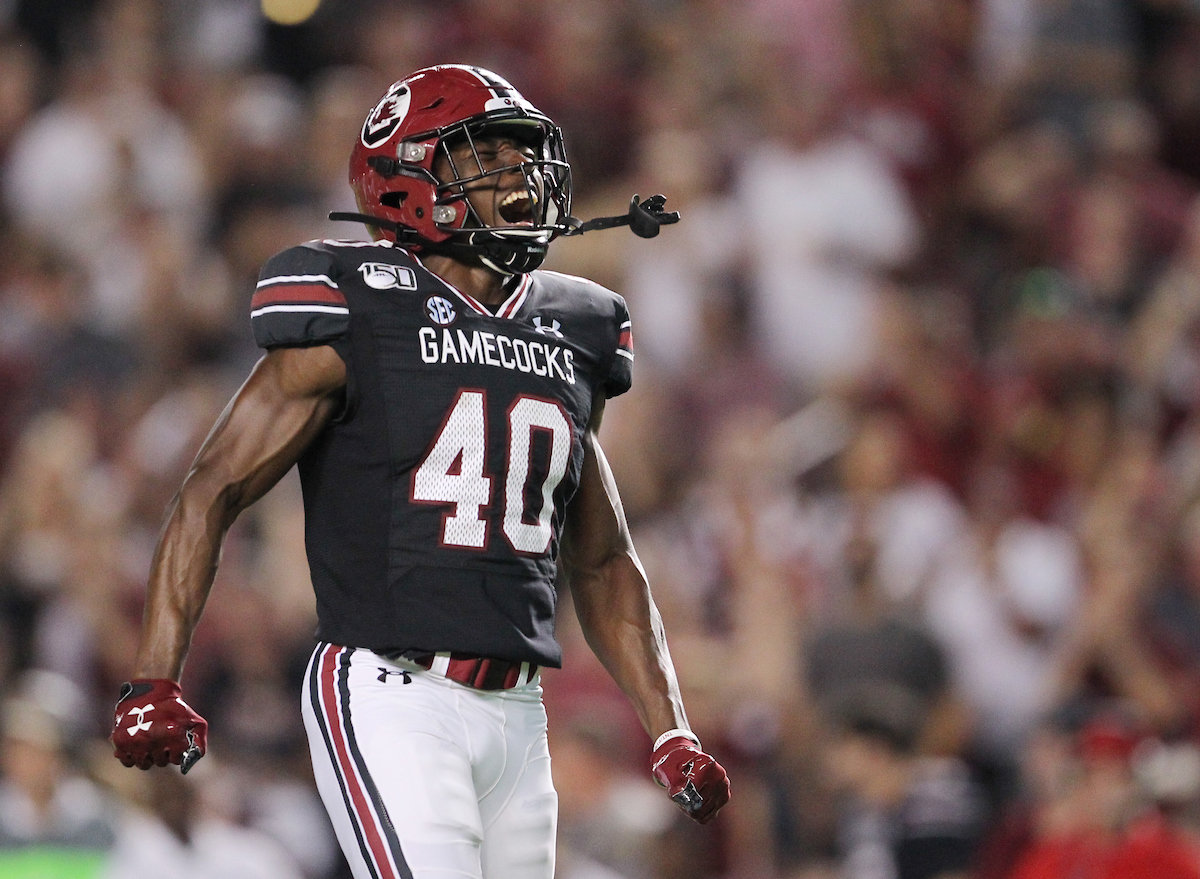 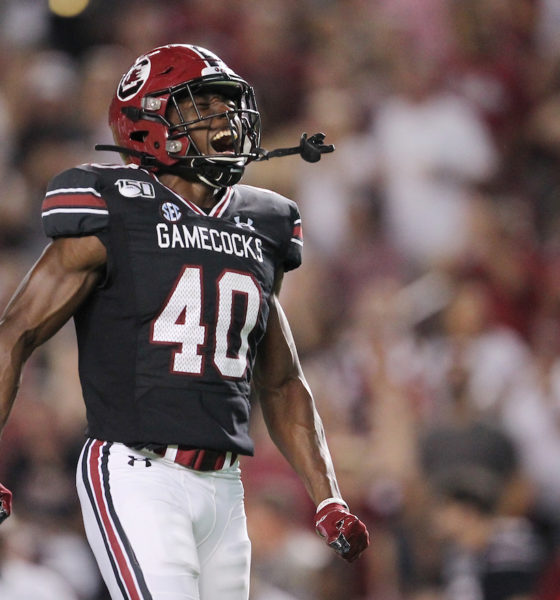 by WILL FOLKS || I’ll be honest. I wasn’t exactly sure what to expect this past weekend when I hopped into the car with my eldest son and headed downtown to Williams-Brice stadium to see the University of South Carolina football team kickoff against the Kentucky Wildcats on Saturday night.

Expectations were pretty low … and they got even lower after I made it within a block of the stadium having encountered virtually no traffic.

Would anyone show up for this game? What sort of a let-down was I walking into?

Prior to the Kentucky kickoff, head coach Will Muschamp’s program was arguably at its nadir – opening the season with a 1-3 mark punctuated by an ugly road loss to unranked Missouri the previous weekend. Fans were calling for Muschamp’s head – and rightfully so – although the pitchforks and torches were momentarily misdirected toward a local media outlet after it chronicled the team’s loss to Mizzou with an insensitively incendiary headline.

Make no mistake, though: Muschamp’s program was (and is) in real trouble. And there is no way out of the hole other than to spend mountains of cash. And replace athletics director Ray Tanner.

But my news outlet has already written those stories …

This story isn’t about any of that. It isn’t about buyouts or who South Carolina should hire to reorient its athletics department. Nor is it about the Gamecocks’ middling performance (especially on offense) on Saturday against Kentucky – a Southeastern Conference (SEC) opponent that is clearly on the downswing after posting its best season in more than forty years in 2018.

No, this story is about a fan base that showed up for its team last weekend – and an embattled athletics department that provided fans with a wonderful game day experience (despite its ongoing failure to consistently field a winner).

Does the former matter without the latter? It did on Saturday … as an announced crowd of 80,828 fans (my guess is 75,000 were actually in the stadium) were treated to a good show and a Gamecock win.

Which made me wonder, given the excellence surrounding the Gamecock program: How can it not consistently deliver a compelling, consistent product on the field?

I am a professional critic, but I can say without fear of contradiction that the game day experience at Williams-Brice truly is second to none … starting with the most famous, most amazing, most spine-tingling introduction in all of college football.

Having attended South Carolina home games since I was in the womb, I am a bit spoiled when it comes to the Einleitung, oder Sonnenaufgang from Also sprach Zarathustra. For those of you who don’t know Nietzsche or Strauss (or don’t speak German), this is the famous tone poem used in Stanley Kubrick’s 1968 classic 2001: A Space Odyssey.

Gamecock fans know it simply as “2001,” and it has been played at the beginning of every home game at Williams-Brice since September 3, 1983.

Widely credited as the handiwork of former head coach Joe Morrison, the idea to use the Einlietung for South Carolina’s entrance into the stadium actually came from former Gamecock quarterback (and longtime radio announcer) Tommy Suggs – who had seen it employed to great effect by the late Elvis Presley as his pre-concert introduction.

Over the last decade, game day producers have added to the 2001 hype with new songs, videos and traditions.

Most prominently, the 1999 trance music instrumental “Sandstorm” by Finnish disc jockey Darude has become a pre-kickoff staple. Curiously, the introduction of “Sandstorm” into the South Carolina football canon came by accident – as the song was mistakenly played over the loudspeakers for the first time on September 24, 2009 during the waning moments of a 16-10 upset victory over then-No. 4 Ole Miss.

It stuck – and the song is now played multiple times during home games (including the highly charged moments leading up to the opening kickoff).

Also played prior to kickoff is a hype video featuring historical footage of the program (and the stadium) over the decades. Updated prior to each season, the hype clip – played on the stadium’s massive 36’ x 124’ Daktronics high definition video screen – includes footage from George Rogers’ 1980 Heisman Trophy season as well as the “Black Magic” years under Morrison from 1983-1989.

The contemporary Gamecocks are looking to bring back a little bit of that “Black Magic,” wearing retro jerseys similar to the ones donned decades ago by Gamecock greats Sterling Sharpe, Todd Ellis and Brad Edwards.

Is it working? Eh … South Carolina is 2-0 in its retro black threads, but fashion statements aren’t likely going to matter much when Top Ten opponents No. 2 Clemson and No. 8/10 Florida come calling later this season. Nor can Carolina take its black jerseys on the road against No. 3 Georgia or No. 21/25 Texas A&M.

As amazing as the Gamecocks’ game day has become, it takes more than hype (and nifty jerseys) to overcome what is clearly a growing talent differential between South Carolina and its top tier opponents.

Speaking of those opponents, Muschamp (above) needs to win at least one of the four remaining games against ranked opponents in order for his team to become bowl eligible (in addition to knocking off Tennessee in Knoxville and Vanderbilt and Appalachian State at home).

Can it be done? Yes. Is it likely? No. A 5-7 record appears to be the best-case scenario for this team – barring a miracle.

At least the game day crew is giving the program a polished shine, though …

Don’t get me wrong: The professional critic in me still found plenty to complain about after visiting Williams-Brice (a.k.a. Willy B, The Cockpit, The Upside Down Cockroach) for the second time this season. On-field inconsistency aside, the price of admission is not cheap. Tickets are ridiculously expensive – and the costs once you get inside the gate are obscene.

That is a 96.7 percent markup, people. And what the hell are “waffle chips?” If I’m shelling out $2.00 for a friggin’ side item it better damn well be waffle fries.

But on this particular Saturday evening in September, it was all worth it. The atmosphere was nothing short of electric. The fans showed up. The team played … okay. And won. People seemed genuinely happy, too, none more than a particularly obese gentleman who was captured several times on the large Daktronics screen gyrating to the strains of “Louie Louie,” the 1955 Richard Berry hit made famous in 1963 by The Kingsmen.

Incidentally, that song is making its return to the game day lineup after being banned in the 1980s because – get this – it made the stadium sway. The disconcerting motion was first noticed during the 1983 season during a blowout win over Southern Cal, prompting Morrison to famously state “if it ain’t swayin’, we ain’t playin.’”

Having seen the sway with my own eyes on several occasions, I can attest to the veracity of that statement …

“At that time, it was predominately students and young people sitting up there and they would all jump and sway at the same time with ‘Louie Louie’ and (the stadium) started swaying a little bit,” Suggs told Sports Illustrated several years ago. “It still moves a little on the press side when we get rockin’ and rollin’ with ‘Sandstorm.’ We need it to sway a little bit.”

Indeed … but even if Williams-Brice wasn’t swaying (and the Gamecocks still aren’t playing up to their potential), the University of South Carolina put on one helluva show Saturday night.

Will Folks is the founding editor of the website you are currently reading and a lifelong University of South Carolina fan.