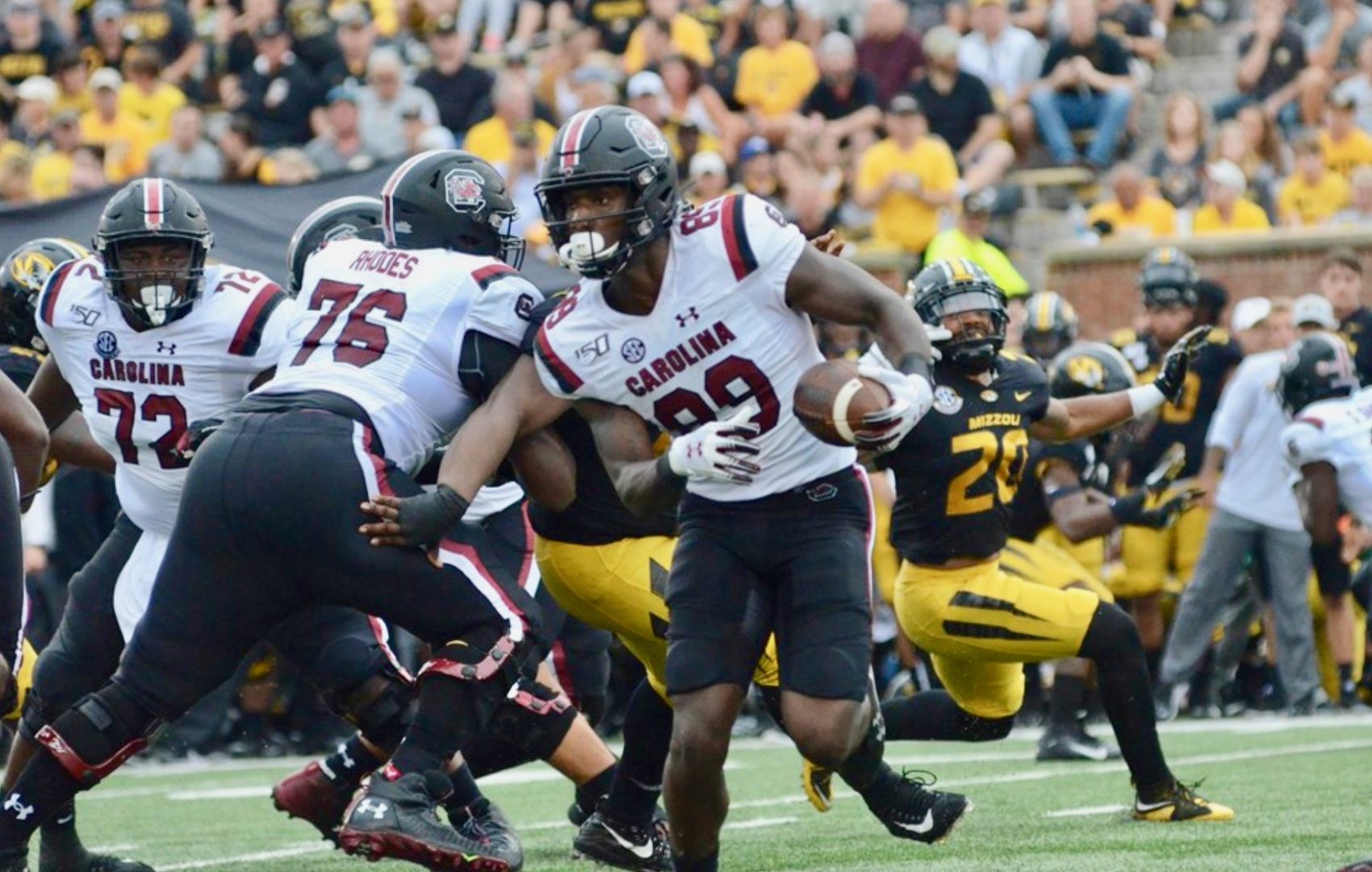 The University of South Carolina football program took another step backward on Saturday in Columbia, Missouri – dropping an ugly conference road game to the unranked Mizzou Tigers, a team that looked nearly as bad as the Gamecocks did.

Mizzou relied on a pair of defensive touchdowns and a sputtering South Carolina offense to notch the 34-14 win (and reclaim the Mayor’s Cup) – but it was by no means pretty for the home team.

The Tigers (3-1, 1-0 SEC) got a 100-yard interception return for a touchdown from senior safety Ronnell Perkins at a critical moment late in the third quarter – the second costly turnover committed by South Carolina’s true freshman quarterback Ryan Hilinski.

That full-field pick-six essentially clinched the win over the hapless Gamecocks (1-3, 0-2 SEC) – who couldn’t get out of their own way on an overcast Saturday at Memorial Stadium/ Faurot Field.

Midway through the first quarter, Hilinski surrendered another touchdown to the Mizzou defense on a bizarre fumble play. After a pass attempt was deflected by Tiger defense end Chris Turner, Hilinski caught the deflection and attempted to spike the ball on the ground.

He should have just let gravity do its thing …

“It’s hard to win on the road when you ain’t on the field two times and your offensive gives up fourteen points,” South Carolina head coach Will Muschamp said at his post-game press conference.

Those two defensive scores bailed out a Missouri offense that struggled under former Clemson quarterback Kelly Bryant. The graduate senior from Calhoun Falls, S.C. finished with 19 completions on 33 attempts for 227 yards with a pair of touchdowns and one interception. Bryant also ran 17 times for 77 yards.

His unexceptional stat line looked positively Brady-esque compared to Hilinski, though, who was clearly suffering from the ill effects of an elbow injury sustained during last week’s loss to second-ranked Alabama.

Hilinski looked terrible against the Tigers. In addition to the two turnovers that resulted in Missouri touchdowns, his delivery was “off” the entire afternoon/ evening.

Muschamp insisted after the game that Hilinski was not injured – that the Gamecocks simply failed to support him in the running game, which amassed an anemic 16 yards on 24 carries (a minuscule 0.7 yards-per-carry average).

“He had some soreness in his elbow this week,” Muschamp said. “Certainly he would not have played if he was hurt. He was not hurt.”

Hilinski finished his third career start completing 13 of 30 passes for 166 yards with one touchdown and one pick. Nearly half of his yardage came on a 75-yard touchdown pass to senior wide receiver Bryan Edwards – who did all the work on the play. Edwards actually caught Hilinski’s pass five yards behind the line of scrimmage and raced eighty yards through the entire Tiger defense.

The 6-foot-3, 215-pound wideout from Conway, S.C. punctuated the play with a four-yard dive into the end zone pylon – taking a wicked shot from defensive back Jarvis Ware as he extended the nose of the football across the plane for the score.

Saturday’s ugly loss turned up the heat on Muschamp, as Gamecock fans took to social media by the hundreds calling for him to be fired.

That is one of the highest buyouts in all of college football, people.

Muschamp is now 23-20 as the Gamecocks head coach, including a 12-14 record in conference play.