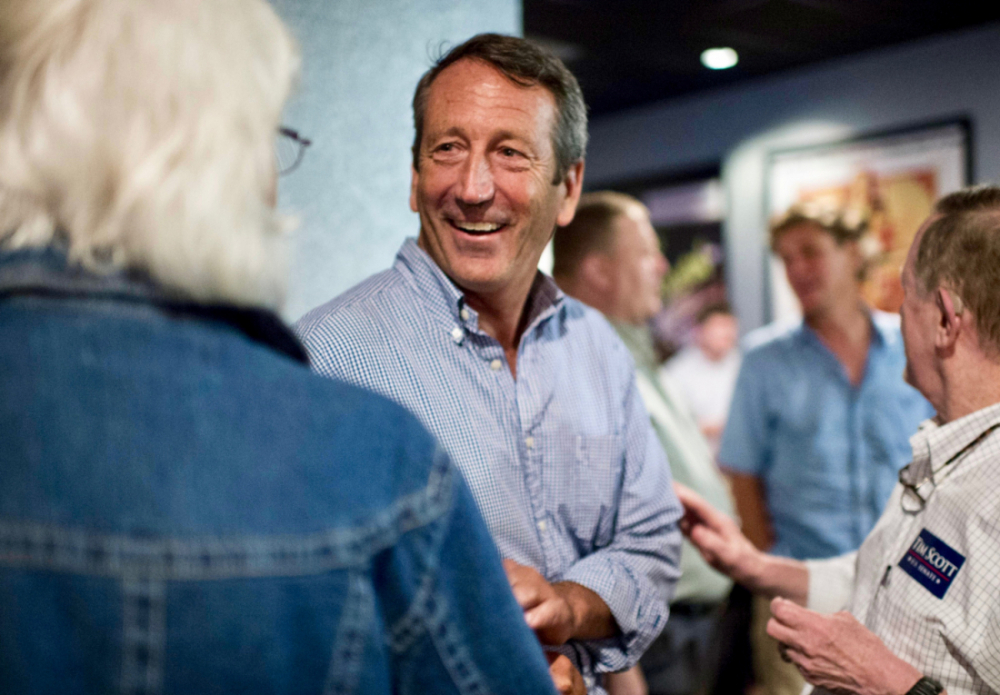 Finally, there is some clarity to all the speculation …

Former two-term South Carolina governor and two-time U.S. congressman Mark Sanford is considering a run for president … as a Republican.

“Sometimes in life you’ve got to say what you’ve got to say, whether there’s an audience or not for that message,” Sanford told reporter Caitlin Byrd of The (Charleston, S.C.) Post and Courier. “I feel convicted.”

Based on that conviction, Sanford told Byrd he will spend the next month “formulating” whether he should run against incumbent president Donald Trump in the GOP primary next year.

Readers will recall it was Sanford’s staunch opposition to Trump that cost him his seat in the U.S. congress last spring – his first-ever electoral defeat. They will also recall these presidential rumors began bubbling up shortly after that defeat.

Sanford – who has been making political moves for weeks – appears likely to frame his “formulating” candidacy around Trump’s failure to rein in deficit spending, which has been this news outlet’s primary criticism of the GOP incumbent.

Does that mean we support Sanford’s campaign against Trump?

Sanford is a definitional hypocrite on these issues, as this news outlet has meticulously documented over the years. Seriously … are we to take instruction on fiscal matters from a guy who voted for liberal former U.S. speaker John Boehner? And then insisted Jesus made him do it?

A guy who spent tax money to further an extramarital affair?

Make no mistake: The message Sanford intends to articulate against Trump (above) needs to be heard. Desperately. Unfortunately, the former “Luv Gov” is the absolute worst person imaginable to deliver that message.

Of course, with the national media establishment eagerly looking to anoint a credible GOP alternative to Trump, our guess is the deep and abiding flaws of this particular messenger won’t matter that much.

Sanford, 59, represented the Palmetto State’s first congressional district in the U.S. congress from 1995-2001 and again from 2013-2019. In between, he spent two terms as governor of South Carolina from 2003-2011 – a tenure highlighted by his memorable fall from grace in the aftermath of the aforementioned extramarital affair.

Prior to the affair – and his subsequent implosion – Sanford was viewed by many as a credible 2012 presidential contender.

Today? His “formulating” White House bid would be Quixotic, at best.

In fact, Sanford’s one potential advantage in a hypothetical race against Trump – South Carolina’s “First in the South” primary positioning – is likely to work against him considering the Palmetto State GOP establishment is firmly behind the incumbent president.

And has been done with Sanford for some time …

“The last time Mark Sanford had an idea this dumb, it killed his governorship,” SCGOP chairman Drew McKissick said in a statement. “This makes about as much sense as that trip up the Appalachian Trail.”

So much for political parties staying out of primary fights, huh?

Speculation surrounding Sanford’s future political plans has been brewing all summer. Palmetto State Democrats had hoped he might run as an independent in the U.S. Senate race between incumbent Republican Lindsey Graham and Democrat Jaime Harrison – potentially swinging the outcome of that race.

There had also been speculation that Sanford might seek a third stint in his old congressional seat as an independent candidate.

Finally, many believed Sanford might seek the presidency as an independent.

No one anticipated the career politician was going to stick with the GOP, a party he bailed on after losing last year’s congressional primary to former state representative Katie Arrington.

Stay tuned … we will keep a close eye on Sanford’s rumination over the coming weeks as the perpetual naval gazer assesses his prospects at the national level. So far only one Republican has filed to challenge Trump – former Massachusetts governor and 2016 Libertarian party vice presidential nominee Bill Weld.

Powerful SCDOT Commissioner Took Bribes – But Never Acted On Them?