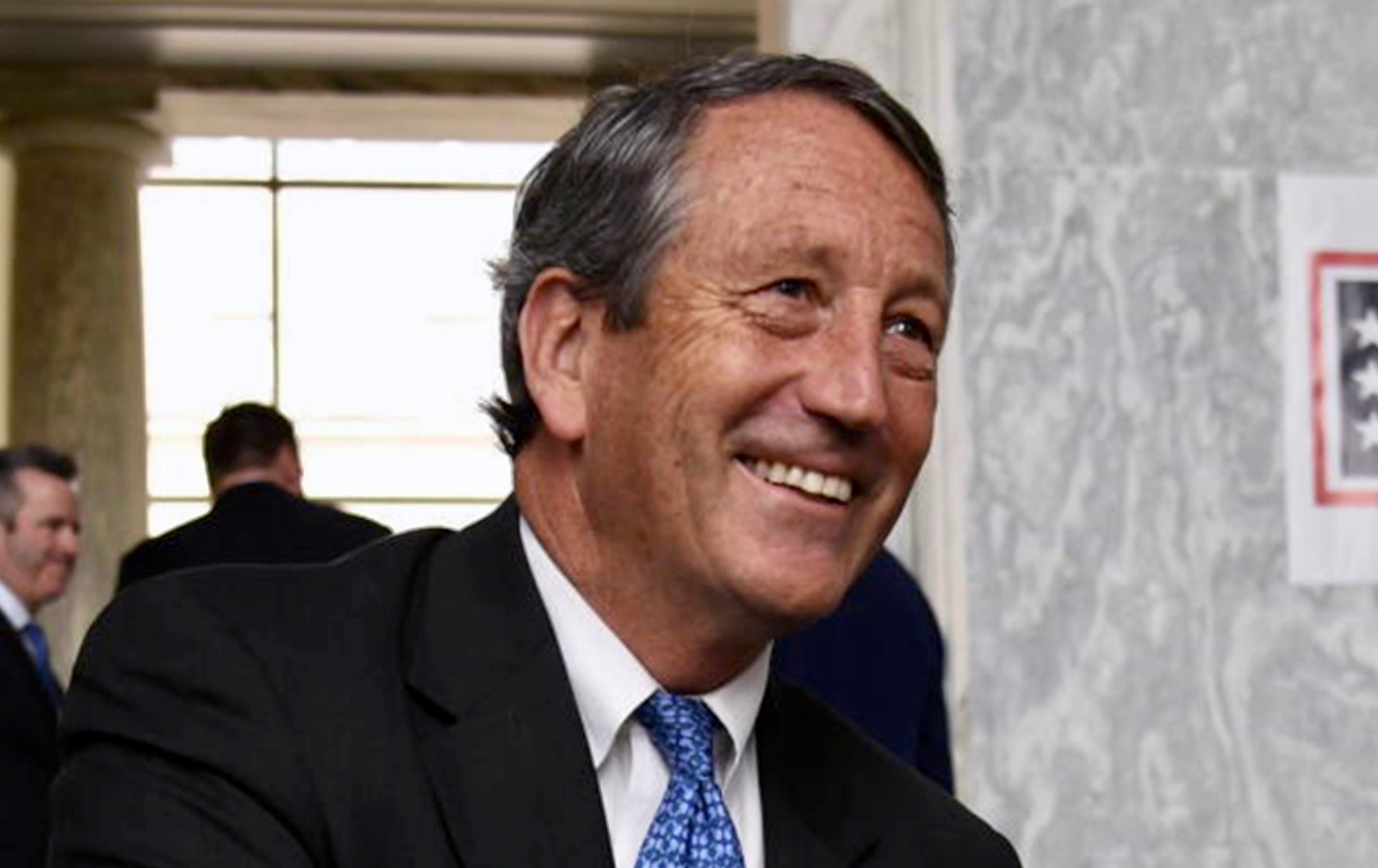 Former South Carolina governor and two-time U.S. congressman Mark Sanford is not going to run for the Palmetto State’s first congressional district again as a Republican.

After controversially choosing not to endorse GOP nominee Katie Arrington in 2018 – a move which helped throw this seat to Democrat Joe Cunningham last fall – the 59-year-old politician has lost most of his remaining Republican backing.

There are probably twenty percent of GOP voters in the first district who would support Sanford no matter what he said or did … but that’s not enough to get him elected.

Sanford has also lost the support of fiscal conservatives like us owing to his chronic hypocrisy on these issues.

So … assuming Sanford still had an itch to run for office (which we are reliably informed he does) how would he go about scratching it?

As an independent, obviously.

According to our sources, Sanford is currently mulling a third act to his political career – an independent candidacy that would (so the theory goes) provide voters with an alternative to Donald Trump’s brand of Republicanism and the increasingly leftward lurching of badly divided Democrats.

But what office would he seek?

While we would have expected Sanford to shoot for something bigger than a congressional seat, he is said to be considering a third party option as it relates to next year’s battle for the first district – which currently features three announced Republicans vying for the right to go up against Cunningham, the incumbent Democrat, next November.

Among the three GOP candidates, state representative Nancy Mace is currently the overwhelming favorite to win the nomination – however Mount Pleasant, S.C. town councilwoman Kathy Landing is retaining national fundraisers and vowing to give Mace a competitive race.

Whichever candidate emerges victorious, they will face quite the uphill slog against Cunningham – whose telegenic looks, moderate issues profile and slavish support from mainstream media outlets in the district ensure frontrunner status for him in the general election.

Obviously Cunningham remains a liberal in a GOP-dominated district, but if that message never gets out to voters … then he can be continue being whatever he says he is.

If Sanford were to enter this race as an independent, Republicans’ existing razor-thin margin for error would be completely obliterated. The first district election would become a virtual lock for Cunningham.

Ravenel couldn’t sustain his early momentum, though, finishing with less than four percent of the vote in that four-way race.

We think Sanford would fare far better as an independent than Ravenel ultimately did, but would he have a path to victory?

We don’t see it … but we (and others) have also learned never to count the guy out.

At the very least, if his rumored contemplations were to turn into a prospective or actual candidacy, it could end the GOP bid to recapture this seat before it even began.