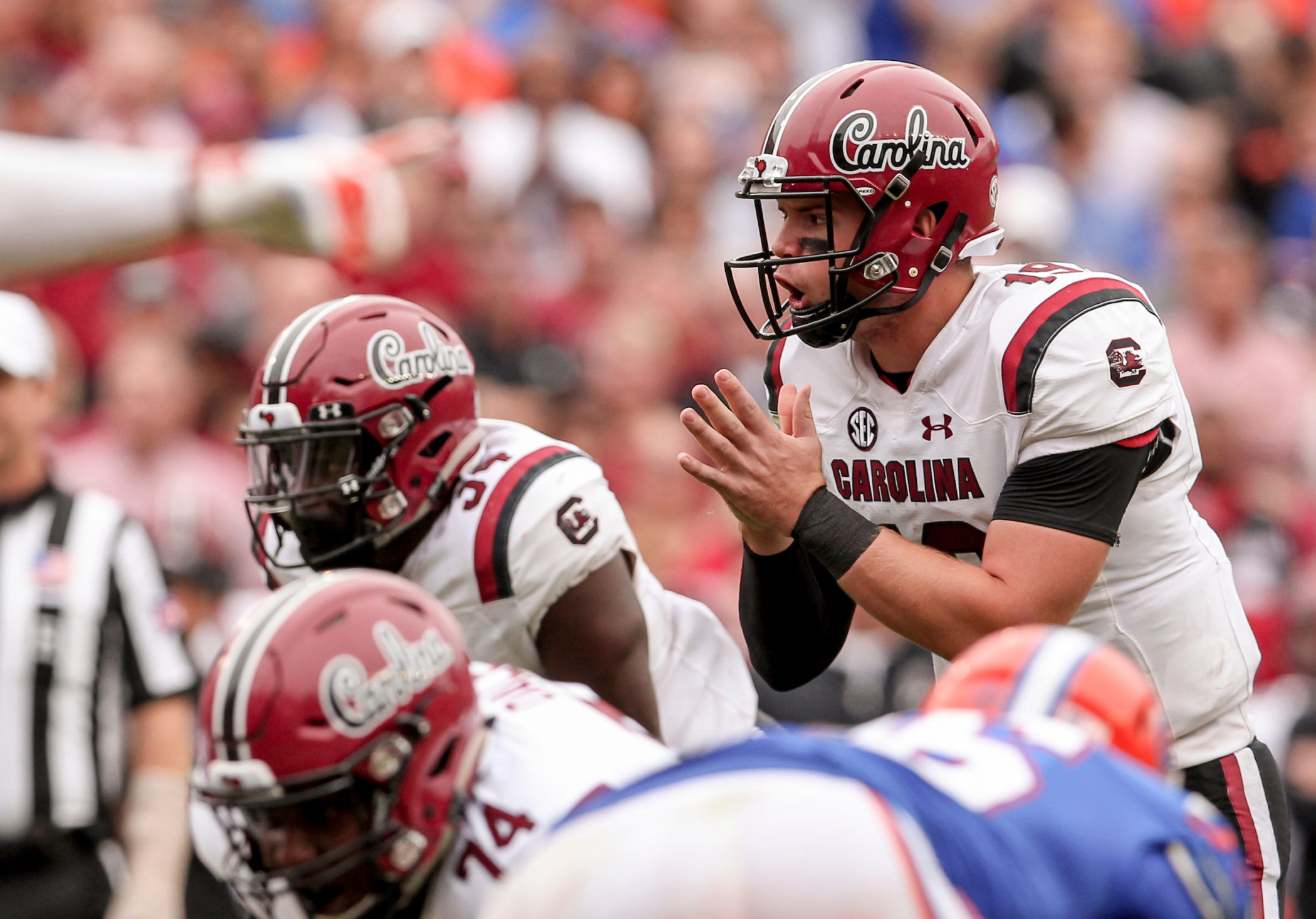 Clemson University and the University of South Carolina landed several star players on the first round of 2019 preseason watch list this week.

The Philadelphia-based Maxwell Football Club rolled out its annual watch list this week for both the Maxwell Award and the Bednarik Award.

Named in honor of Robert W. “Tiny” Maxwell, the Maxwell Award has been awarded annually since 1937 to America’s “college player of the year.” Its most recent winner was Alabama quarterback Tua Tagovailoa – who is on this year’s watch list.

Lawrence, a 6-foot-6, 215-pound native of Cartersville, Georgia, completed 259 of 397 passes (65.2 percent) for 3,280 yards and 30 touchdowns a year ago as a true freshman – despite not becoming Clemson’s starting quarterback until the fifth game of the season. He also ran for 177 yards and a touchdown.

Lawrence (above) threw only four interceptions on the season.

No Gamecock or Tiger has ever won this award.

The same is true of the Bednarik award, which was been presented annually since 1995 to America’s “college defensive player of the year.” Named in honor of former Philadelphia Eagles’ star Chuck Bednarik, the award was won most recently by former Kentucky linebacker Josh Allen.

Simmons, a 6-foot-4, 225-pound native of Olathe, Kansas, led the Tigers with 97 tackles (including 9.5 tackles for loss) during his sophomore season a year ago. He also had seven pass breakups, three forced fumbles, 1.5 sacks and one interception (which he returned for a touchdown). Thomas, a 6-foot-2, 260-pound Florence, S.C. native, recorded 43 tackles (including 10.5 tackles for loss) and 3.5 sacks as a true freshman.

Kinlaw was credited with 38 tackles (including ten tackles for loss) and a team-high 4.5 sacks during his junior season for South Carolina. The 6-foot-6, 300-pound defensive tackle from Charleston, S.C. also broke up five passes for coordinator Travaris Robinson’s defense.