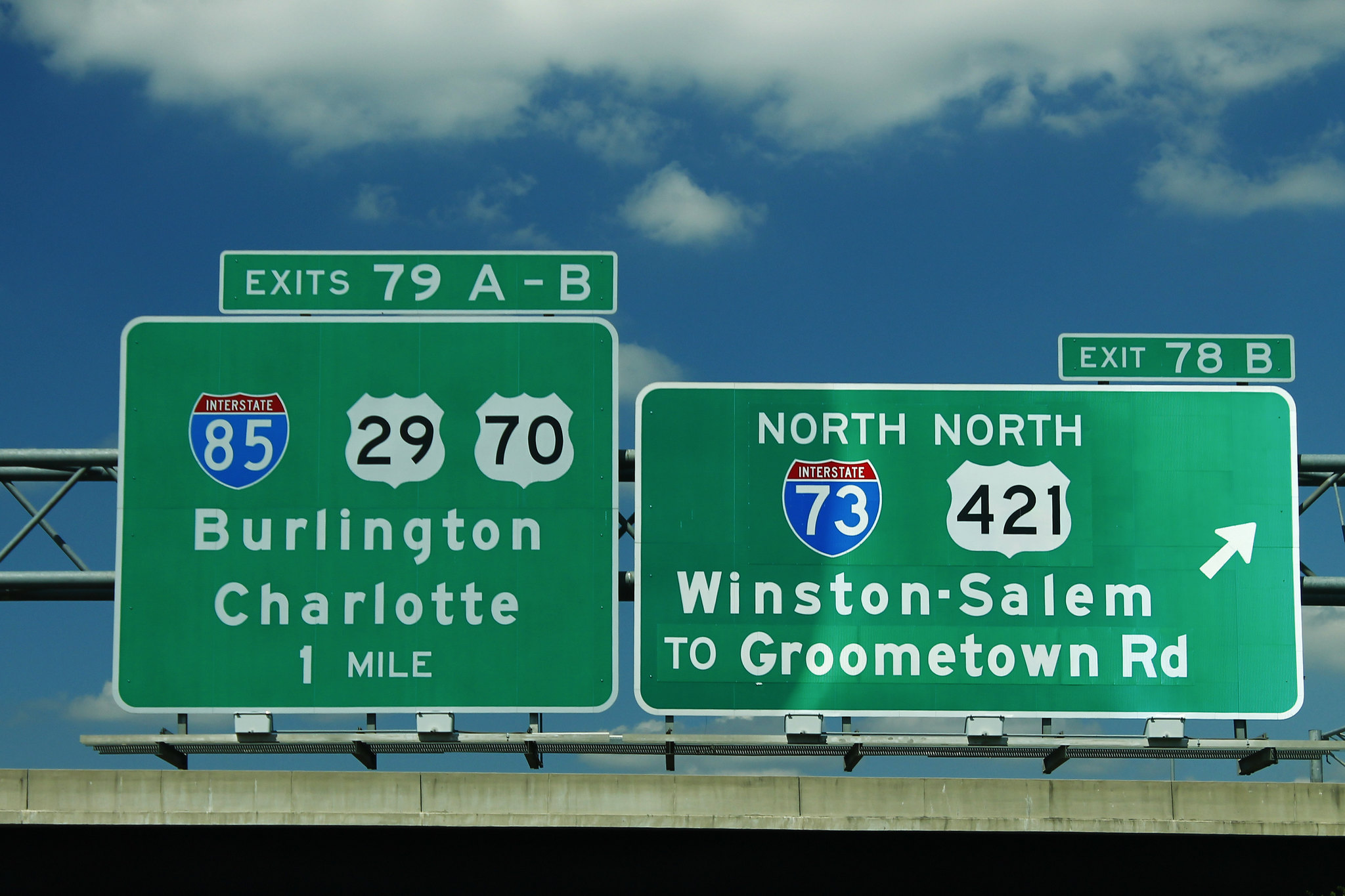 Such was the mantra of Gordon Gekko, the fictitious corporate raider from the 1987 movie Wall Street. Gekko’s argument was that the impulse – one of the seven deadly sins – was actually an essential component of the free market economy.

In South Carolina, greed could also be good … assuming it keeps warring local governments from collaborating on a boondoggle of unprecedented proportion.

Plans to extend this road into the Palmetto State date back to the 1980s, however they remain unrealized beyond the construction of a few interchanges erected in the hopes of forcing leaders to fund the $2 billion project.

You read that right, people … with glaring infrastructure deficiencies elsewhere in the state, our leaders have blown money on “aspirational interchanges.”

That is definitional negligence … and a perfect example of the sort of piss poor prioritization that leads to serious road and bridge problems across the Palmetto State.

Anyway, for years this website has meticulously debunked the political spin associated with this proposed road – which local, state and federal leaders have been trying to foist on taxpayers via all manner of dubious methods.

Like so many other unnecessary government projects in the Palmetto State, this road is simply not needed. And even if it were needed, South Carolina taxpayers could not afford it – even if it were opened as a toll road.

Nonetheless, politicians who are seeking office (or courting votes) in the Redneck Riviera must pay obeisance to this proposed thoroughfare or risk alienating the powerful tourism interests promoting it.

Where does the project stand now?

Key federal permitting was approved for Interstate 73 two years ago, but funding for the road remains elusive.

Now a funding battle between Horry County government and the city of Myrtle Beach, S.C. has further imperiled its construction.

At issue is a 1.5 percent hospitality tax collected by the county – the proceeds of which were supposed to be earmarked for its section of the road (projected to cost as much as $500 million).

Last November, a former iteration of Horry County council voted to give the scandal-scarred S.C. Department of Transportation (SCDOT) $25 million a year for Interstate 73 – money collected from a 1.5 percent hospitality tax.

This move was supposed to kickstart additional federal and state funding.

This week, however, county councilman Al Allen of Aynor, S.C. indicated the current crop of Horry leaders could vote as early as June 18 to terminate this agreement given that the funding stream in question is the focus of a series of legal challenges.

Earlier this year, the city of Myrtle Beach, S.C. filed a lawsuit against the county to block it from collecting this 1.5 percent tax – arguing it was never consulted as to its enactment years ago.

“Since the proposed funding source is the subject of litigation, we are unable to engage in negotiations under the terms prescribed in your letter,” Bethune wrote to Gardner, adding that his proposal would “essentially double tax city residents by collecting a service fee within our jurisdiction to pay for services that city property owners already support through their taxes.”

“Even if the fee were legal, we see no benefit to our constituents from that arrangement,” Bethune added.

Myrtle Beach isn’t the only municipality in Horry County seeking to block collection of this 1.5 percent tax on food, beverages, accommodations, amusements and attractions. North Myrtle Beach and Surfside Beach have also passed ordinances prohibiting the county from assessing the levy in their jurisdictions.

Enacted in 1996, the tax was supposed to sunset in 2017 but Horry County leaders voted to continue collecting it through 2022.

Our view? We do not have a dog in the fight between the county and these municipalities. When it comes to government corruption on the Grand Strand of South Carolina, “throw a rock in the air and you’ll hit someone guilty.”

We would, however, reiterate our point that excessive taxes (including one assessed by the city) create a chilling effect on tourism … which could be one reason why tourism growth in the Palmetto State is cooling. In that case, government greed is most assuredly not good – as it has the potential to help kill an industry already struggling to diversify.