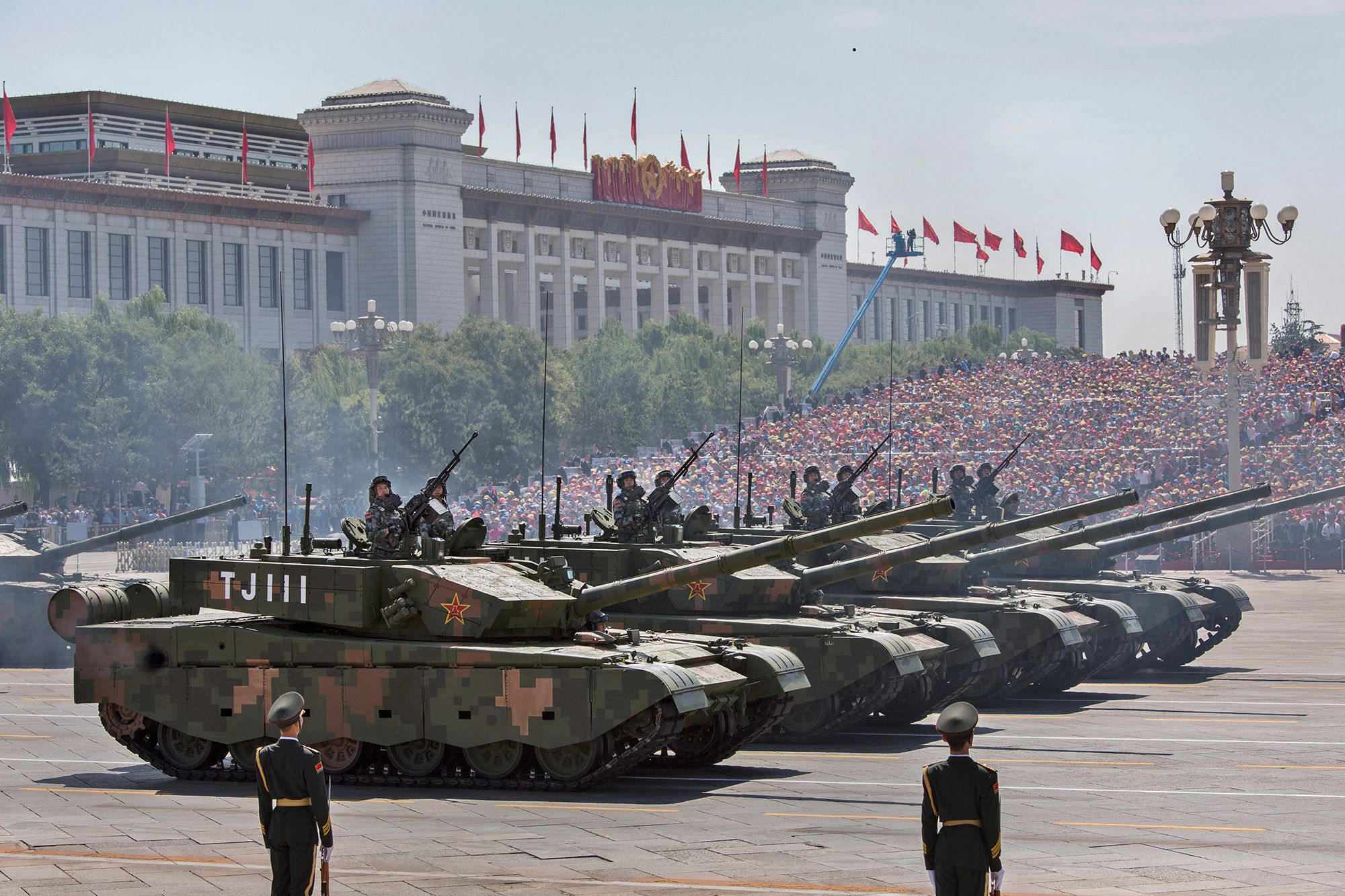 China isn’t just firing back at the United States as the ongoing trade war between the two nations escalates, it is setting its response to music.

Those are the lyrics to a song that recently went viral on WeChat – one the largest Chinese social media platforms.

The song goes on to say “if the perpetrator wants to fight, we will beat him out of his wits.”

In addition to this catchy jingle – set to the tune of a 1960s-era anti-Japanese song – state-owned media in China is also ramping up the anti-U.S. rhetoric.

“Facing the U.S. which is going against the trend of the times, China resolutely showed the sword,” Xinhua noted. “We are forced to take necessary measures and are prepared for a protracted war.”

Meanwhile, an editorial published in People’s Daily – another state-run outlet – warned that efforts to deprive “1.4 billion Chinese of their right to economic development and prevent China from becoming a superpower” were destined to fail, equating such measures with “a mantis trying to stop a car with its arms.”

“We are here at the starting point of the Long March to remember the time when the Red Army began its journey,” Xi said, referring to the Chinese civil war that led to the establishment of its current communist government. “We are now embarking on a new Long March, and we must start all over again!”

Xi also visited a rare earth minerals facility in Jiangxi province, highlighting a potential area of leverage for China. Rare earth minerals are a group of seventeen chemical elements in the periodic table that support a host of advanced military and technological applications – including computer hard drives, smart phone components, precision-guided munitions and other high-end electronics.

Decades ago America dominated this market, but today China produces approximately 90 percent of the world’s rare earth minerals – and Xi was clearly telegraphing his intention to

The saber-rattling came after Trump raised tariffs from 10 percent to 25 percent on more than $200 billion worth of imported Chinese goods. He further signaled that another $325 billion in currently untaxed Chinese imports would be slapped with a 25 percent levy “shortly.”

Why do we follow the trade war so closely? Because in addition to its impact on consumer prices, our home state of South Carolina is very much exposed to this ongoing battle – consistently ranking among the top five states in America when it comes to Chinese exports.

Beyond that, there is a growing concern that the ramped-up rhetoric could lead to more overt hostilities …