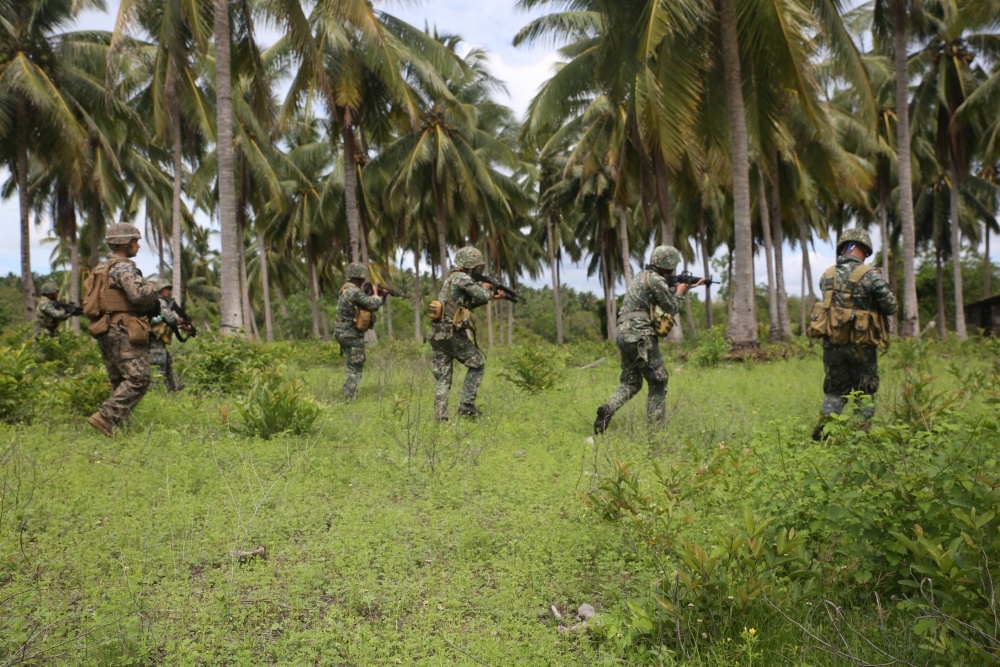 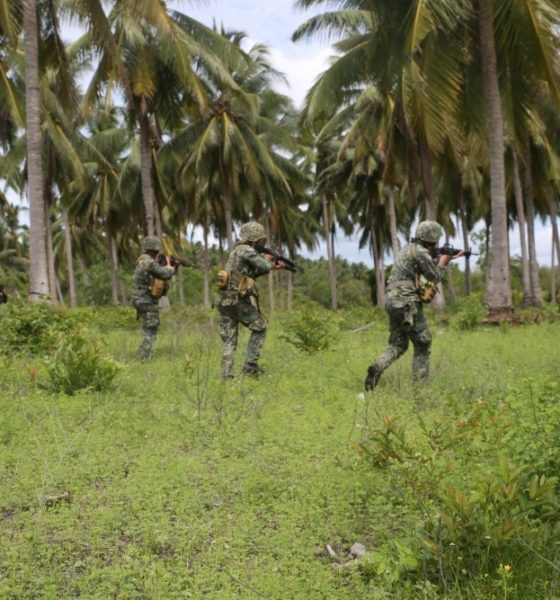 Tensions in the South China Sea got red hot a few years ago as the People’s Republic of China (PRC) pressed maritime claims involving a host of nations in the region – most notably The Philippines.

Now that a trade war with the United States is in full swing, things are heating up once again …

A hub of global commerce, the South China Sea sees an estimated $5 trillion worth of goods pass through its waters each year. And in addition to disputes over shipping lanes there are conflicting claims related to oil and gas reserves – as well as arguments over territorial fishing rights.

It is a cauldron of competing interests, in other words.

In an effort to send a message to China regarding America’s commitment to securing its interests in the region, the U.S. Marine Corps conducted a major training operation earlier this week. The exercise seized control of Ie Shima – a small Japanese Island – mounting a reconnaissance and surveillance operation followed by a “600-mile long-range raid.”

The mission simulated a modern-day version of the World War II-era “island hopping” strategy – only this time with China as the envisioned enemy.

And in case there was any confusion as American intentions, the commanding officer of the 31st MEU – colonel Robert Brodie – made things crystal clear.

“We are ready to rapidly seize ground and project lethal combat power,” Brodie said, according to a statement released by the Marine Corps.

Fightin’ words, people … fightin’ words. Although that’s what the Marines are there for, right?

While this exercise was underway, America’s top soldier was in Washington, D.C. making the case for an expanded U.S. presence in the South China Sea as a deterrent against possible Chinese aggression.

“It is critical for us to be able to project power in the context of China, and one of the traditional missions of the Marine Corps is seizing advanced bases,” U.S. chairman of the joint chiefs of staff Joseph Dunford told senators last week. “If you look at the island chains and so forth in the Pacific as platforms from which we can project power, that would be a historical mission for the Marine Corps and one that is very relevant in a China scenario.”

As we noted three years ago, America cannot afford to continue underwriting security in the South China Sea … especially not with money we are borrowing from China.

Oh, and that mountain of red ink has only gotten higher in the intervening years.

“America obviously has an obligation to protect its core national interests – but picking a fight with China in its backyard is … idiotic,” we wrote.

We feel the same way today …

It probably feels good for the warmongers in Washington, D.C. to rattle the saber, but they should probably remember who is paying for the saber they are rattling. Or rather who is extending them the line of credit they need to keep buying all those military assets.

War games undertaken with the intention of intimidating China lose a lot of their luster when you realize it is Chinese-held American debt that is subsidizing them.

Banner: The Marines
Related Topics:Donald TrumpFeaturedJoseph DunfordPeople's Republic of China
Up Next