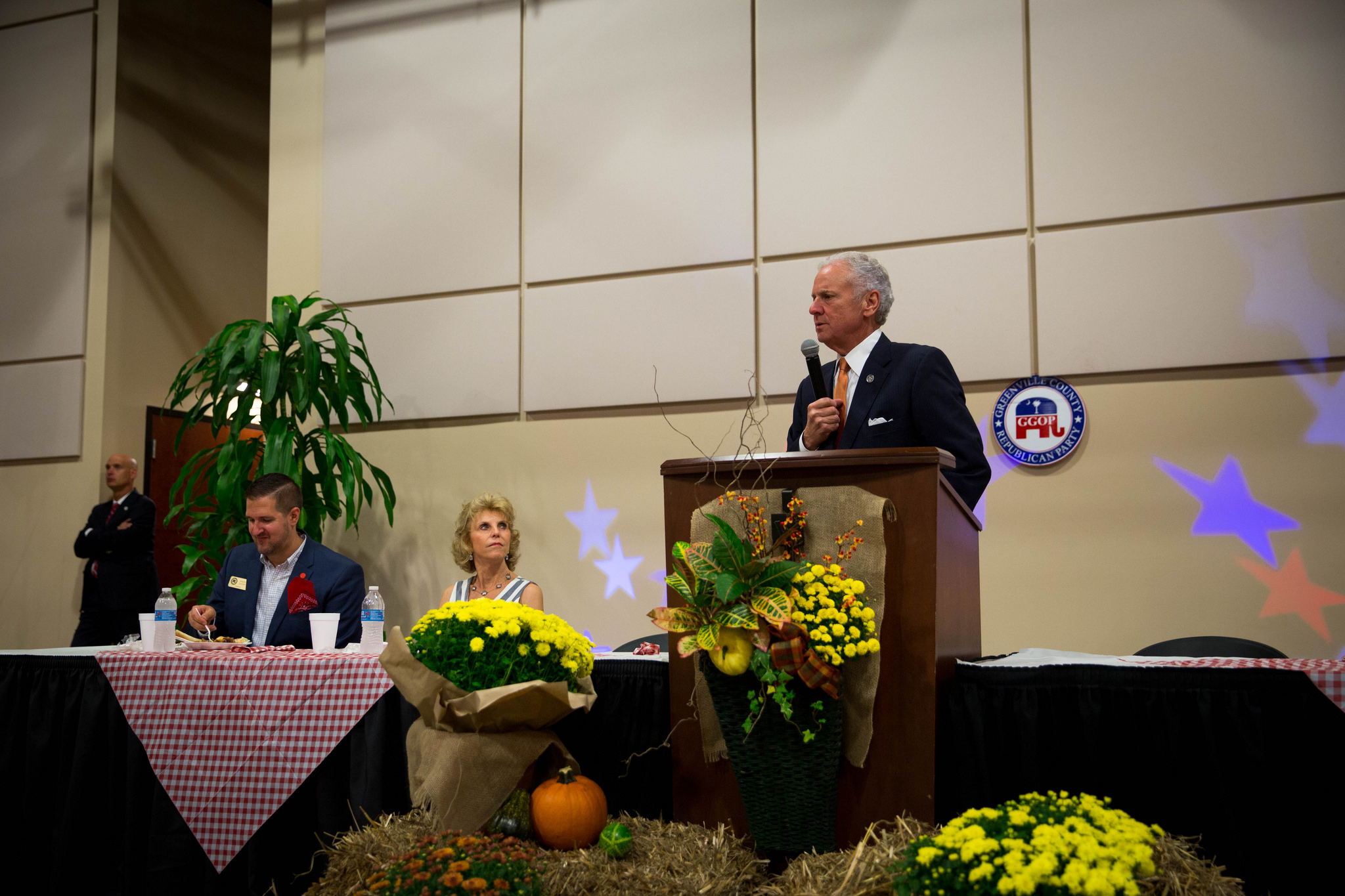 The incumbent Republican – who is about to begin his first full term in office – emerged victorious in a case before the S.C. supreme court challenging his right to appoint Charlie Condon, his longtime political crony, as the next board chairman of embattled government-run utility Santee Cooper.

Earlier this year, our news outlet exclusively reported on the failure of South Carolina Senate judiciary committee to approve (or even vote on) this controversial nomination.

McMaster’s response?  He bypassed the Senate and installed Condon as a “recess appointment.”

That move was challenged by a trio of influential Senate leaders – judiciary chairman Luke Rankin, president Hugh Leatherman and  majority leader Shane Massey.  Their argument?  That McMaster could not make a recess appointment to this post because he already submitted Condon nomination’s while lawmakers were in session.  According to them, the post remained vacant until a nominee is confirmed.

Not so, according to the court.

“We hold governor McMaster’s appointment of Condon during the 2018 recess was valid,” its five justices unanimously declared.  “Such authority does not violate the doctrine of separation of powers.”

McMaster’s victory is likely to be short-lived, though.

“Under our reading, the governor retains the recess appointment power granted in the statute and the Senate retains the power to reject the governor’s appointee during the next regular session,” the justices concluded.

In other words, this dance is just beginning …

Condon, 64, preceded McMaster as attorney general of South Carolina (serving from 1995 to 2003).  After leaving office, he ran unsuccessfully for governor of South Carolina and later for the U.S. Senate.  Both politicians were longtime members of “the Quinndom” – the political consulting empire of veteran GOP strategist Richard Quinn.  “The Quinndom” has been laid low by the multi-year #ProbeGate investigation into corruption in state government, but McMaster was able to avoid any legal entanglements related to that investigation.

This news outlet was not a fan of Condon’s selection, although we took a “wait-and-see” approach when McMaster selected him for this job.

“Assuming he survives his confirmation, we’re certainly willing to give Condon the benefit of the doubt,” we wrote, although we did refer to the appointment as a “tone-deaf” move on the part of the governor.

More importantly, whatever we think of McMaster – or his appointees – we believe in the authority of governors to appoint positions within the executive branch of government.  In other words, we would not have actively opposed Condon’s nomination (nor would we have criticized any senator who voted in support of it).

He would not have been our choice … but it was not our choice to make.

Whatever we think of the current governor, looking long-term South Carolina desperately needs an empowered executive branch and an independent judiciary – neither of which it has right now (although we appreciate the supreme court rebuking the lawmakers who appointed them in this particular case).

Most importantly?  It really doesn’t matter who is in charge of Santee Cooper at this point.

As we noted earlier this month, the state-owned utility’s financial outlook is beyond bleak.  Meanwhile, it is at the heart of major criminal investigation into the aftermath of #NukeGate, the state of South Carolina’s catastrophically botched intervention in the nuclear power industry.

Frankly, the utility deserves whatever is coming its way …

“Santee Cooper has been habitually dishonest with the public regarding the status of this project,” we wrote earlier this month in our most recent deep dive on the troubled utility and its #NukeGate exposure.

Specifically, we uncovered construction schedules and cost estimates buried in Santee Cooper bond documents that directly conflicted with the findings of a 2016 report on the status of the nuclear expansion project.  Santee Cooper also tried to raise rates on customers for its botched nuclear project just one week before pulling the plug on the multi-billion dollar failure.  Weeks later, it gave its disgraced former CEO a $16 million golden parachute.

Stay tuned … Santee Cooper’s future is very much up in the air right now as a massive battle over the future of energy provision in the Palmetto State begins to take shape.