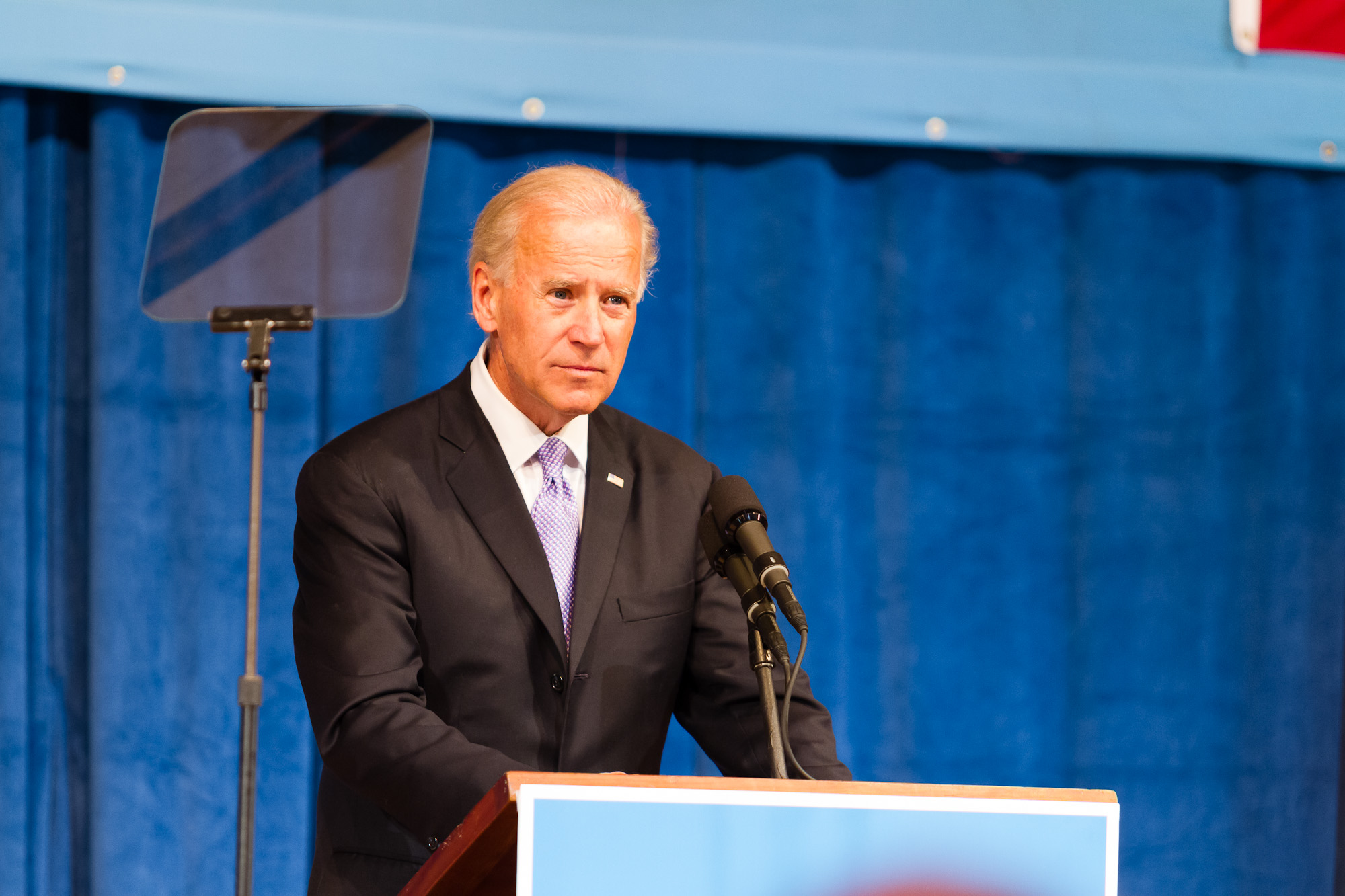 Biden enters the race as a clear frontrunner – especially in early-voting South Carolina – although his status as a career politician and a perceived moderate make him most unpalatable to broad swaths of the increasingly leftward-lurching Democratic electorate.

Nonetheless, he is outreaching …

Translation? “We are the United States of America – and together there is nothing we cannot do.”

Well, except balance our budget and grow our economy above three percent … or announce for president in the native tongue.

Shifting back to English, Biden took immediate aim at U.S. president Donald Trump – arguing the upcoming campaign would be a “battle for the soul of this nation.”

“If we give Donald Trump eight years in the White House, he will forever and fundamentally alter the character of this nation – who we are,” he said. “And I cannot stand by and watch that happen.”

Biden was vice-president from 2009-2017. Prior to that, the Scranton, Pennsylvania native spent 36 years in the United States Senate representing the state of Delaware.

To earn the right to face Trump, the 76-year-old politician will have to navigate his way though a field of nineteen other Democrats – not to mention a deeply divided party.

Most of his opponents are younger, more liberal and more diverse – all things deemed desirable by an evolving Democratic-Socialist electorate.

“Biden is in for a rude, rude awakening,” S.E. Cupp wrote for The New York Daily News. “This isn’t your grandfather’s – or Joe Biden’s – Democratic Party anymore. His record, which includes backing the now-controversial 1994 crime bill, boosting the credit card industry, and disrespecting and dismissing Anita Hill’s sexual harassment claims, puts him in a precarious place among progressives who view him through a distinctly 2019 prism.”

“But it’s also his bad luck of genetics and age that make him a target of the new left, who do not want an old white guy to be the next Democratic nominee,” Cupp added. “The incoming he’s already received, while not yet running, is just a small taste of what’s to come.”

“As much of a issue as they will hilariously pose, Biden’s age, whiteness, and sex are probably the least of his problems,” the outlet editorialized. “His far bigger problem is that he is not nearly hostile enough toward religion or bigoted enough toward believers for the (ironically) white, urban, progressive online base of social justice warriors that wields increasing power in the Democratic Party.”

“After this decade’s rapid shift to the left, the Democratic Party might just need Biden to save it from itself,” the editorial concluded.

For the moment, South Carolina is his to lose …

According to the latest survey conducted by California-based Change Research, Biden is supported by 32 percent of likely “First in the South” Democratic voters – well ahead of U.S. senator Bernie Sanders, who drew the support of 14 percent of the poll’s respondents.

Biden has seen his support dip from 36 percent in a February poll conducted by this same outlet, however.

Biden also enjoys early leads in early-voting Iowa, although the race there is tightening. Meanwhile, most polls out of early-voting New Hampshire show Sanders – who crushed eventual nominee Hillary Clinton in the Granite State primary in 2016 – enjoying a sizable lead.

Our view? Despite his embarrassing “touching” scandal – which included countless video internet memes of the former vice president sniffing women’s hair – Biden remains the Democrats most electable candidate by a mile.

Unfortunately for Democrats, that says a lot less about Biden’s viability and a lot more about the party’s rapid move out of the mainstream.

Bottom line? The current composition of – and conflict within – the Democratic electorate represents a best-case scenario for Trump, whose base is firmly behind him even though he has abandoned virtually all of his populist 2016 campaign agenda.

Dem Primary: Yet Another Candidate Joins The Field