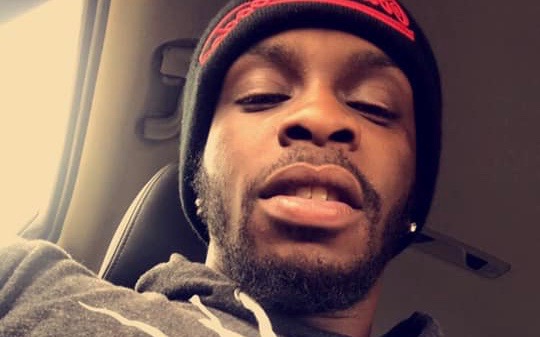 The suspect in a highly publicized South Carolina murder case was reportedly under the influence of marijuana at the time of his arrest, a development which is sure to inflame passions related to the ongoing debate at the S.C. State House over legalizing cannabis for medical purposes.

Josephson’s body was discovered on Friday afternoon by turkey hunters approximately forty feet off of Black Bottom Road near the town of New Zion – which is roughly an hour-and-a-half drive from downtown Columbia, S.C.

More significantly, Black Bottom Road is a stone’s throw from 1313 Renegade Trail – the home address listed for Rowland in connection with an October 2018 fraud charge filed against him in Richland County, S.C.

That case is still pending, incidentally …

Details from the crime scene in Clarendon County, S.C. continue to be closely held by police. In addition to being sensitive to what Josephson’s friends and family must be going through (her funeral was held today in New Jersey), investigators know this case will one day have to go to trial – and our guess is they are trying to avoid tainting the jury pool.

(You know … assuming you still believe there is justice in South Carolina for crimes like this).

In an interview with reporter Bryant Monteilh of WACH TV 57 (FOX – Columbia, S.C.), Rowland’s parents adamantly denied the charges against their son.

“He’s a good kid,” Henry Rowland told Monteilh. “Ain’t no way in the world he could do this. My heart goes out to the family that lost a life. I feel so bad, but my son didn’t do it. He did not do this thing.”

According to Rowland and his wife, Loretta Rowland, their son was “passed out at a party” when Josephson was abducted and murdered and that the “truth will come to light” about what transpired during those fateful hours early Friday morning.

Josephson was reported missing by her friends after disappearing at around 2:00 a.m. EDT on Friday. Surveillance video captured her standing outside of a bar in the Five Points region of downtown Columbia, S.C., waiting on an Uber driver to pick her up.

According to city of Columbia, S.C. police chief Skip Holbrook, Josephson entered a black Chevrolet Impala allegedly driven by Rowland shortly after 2:00 a.m. EDT thinking it was the Uber ride she had summoned.

Chilling surveillance video captured her entering the vehicle – the last time she was seen alive.

Rowland was apprehended approximately twenty-four hours later in a black Impala resembling the vehicle seen on surveillance footage. During his arrest, Columbia police officers observed a “large amount of liquid that we believed to be blood” inside the car. A warrant to search the Impala was obtained, and additional blood was reportedly discovered inside the vehicle (and inside its trunk).

“Analysis concluded the blood in the suspect vehicle was that of the victim,” Holbrook said.

Police also found pot inside the vehicle, and detected its aroma during their search.

In addition to facing murder and kidnapping charges, Rowland was also charged with refusing to stop for a police command and for first offense simple possession of marijuana. It is not clear whether urine, blood or DNA were taken from him in the aftermath of his arrest, but state lawmakers are already buzzing about this case and its potential impact on the medical cannabis debate.

“This feeds into what law enforcement has been saying to us,” one state lawmaker who is currently on the fence regarding medical cannabis told us this week. “It underscores the public safety angle.”

That is an unfortunately ill-advised conclusion, in our estimation. Not to mention a premature one given the criminal investigation into Josephson’s murder is less than a week old.

As we noted in our original coverage of Rowland’s arrest earlier this week, he is considered innocent until proven guilty by our criminal justice system, or until such time as he may wish to enter a plea in connection with the charges filed against him.

Obviously, there was sufficient evidence to arrest him for this crime (and to hold him without bond pending a preliminary hearing). And we have seen no credible evidence attesting to this alternative theory of his wherabouts.

Still, we are a long way away from conclusively establishing guilt – let alone discerning an alleged motive or contemplating the potentially “altered state” of the accused killer(s) at the time these crimes were committed.

Taking a savage, high-profile murder and equating it with marijuana use strikes us as definitionally disingenuous – to say nothing of callously opportunistic.

To their credit, we are told law enforcement advocates at the S.C. State House are not referencing the Josephson case in their conversations with state lawmakers about medical marijuana, which is smart.

In fact, we would be all over them if they were …

Obviously, there is a legitimate debate to be had about whether certain modified strains of marijuana are different (i.e. more potent and potentially more dangerous) than the marijuana smoked by Baby Boomers and members of Generation X.

And we are open to having that discussion … even though we maintain it has little to do with the present debate, which involves a tightly regulated, state-controlled medical cannabis marketplace.

Having said that, we believe there are far more pressing conversations required in the aftermath of the Josephson slaying.

Ultimately, opponents of medical cannabis don’t need much help defeating the issues this year seeing as they have a gubernatorial veto in their back pocket

Again, that is profoundly disappointing to us given our status as longtime supporters of legalizing marijuana and other drugs for both medical and recreational purposes.