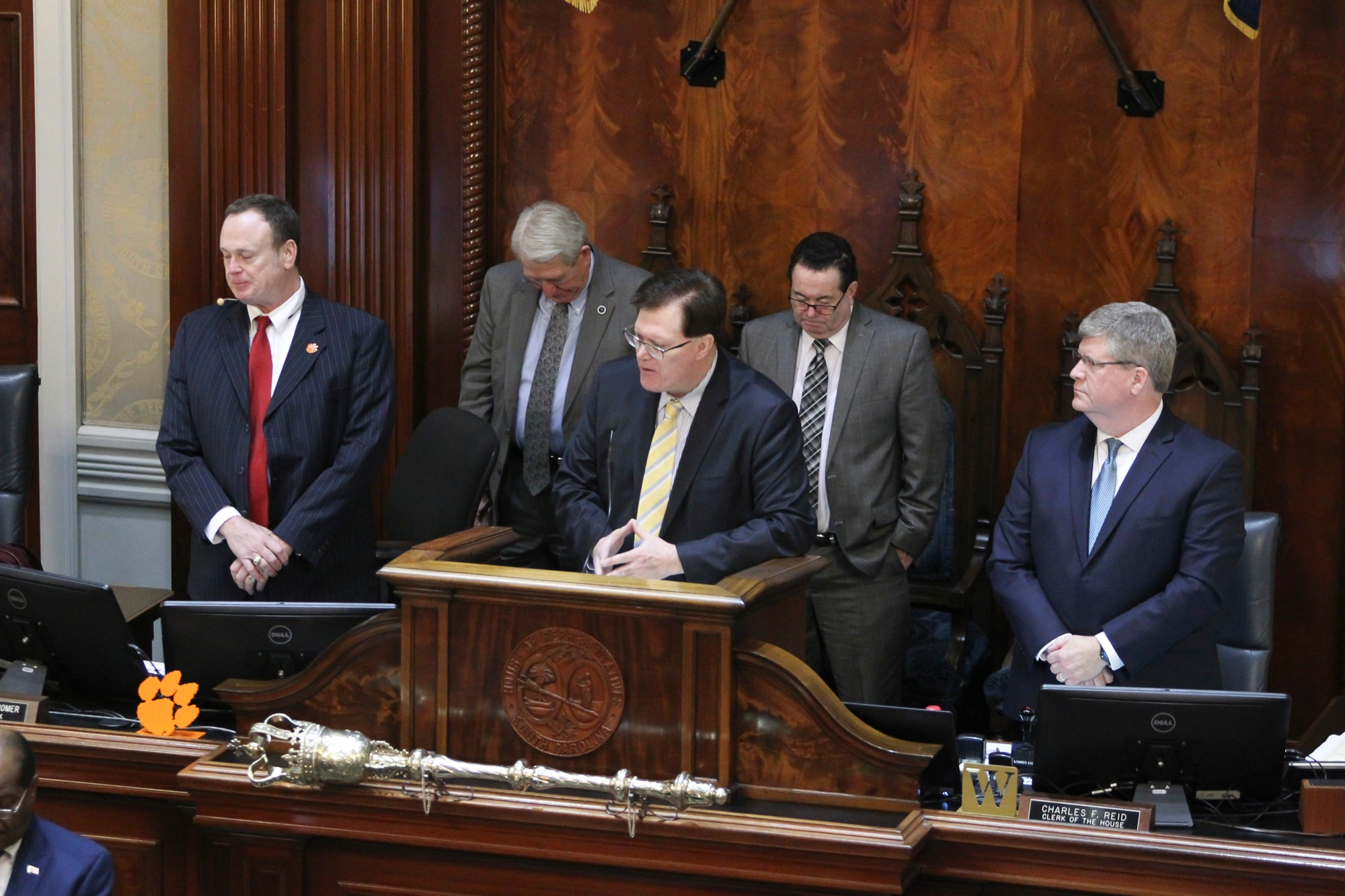 As we predicted they would, Republican leaders in the South Carolina House of Representatives introduced their own bill to sell embattled government-run state utility Santee Cooper on Thursday.

The big difference between the House bill and the proposal unveiled yesterday by Senate president Harvey Peeler?

Under Peeler’s legislation, S.C. governor Henry McMaster’s administration would solicit bids for the debt-addled, scandal-scarred utility and determine which offer was in the best interests of the state. Under the House proposal, introduced by speaker Jay Lucas, that responsibility would instead fall to a legislative panel.

Seeing as several key senators – including powerful finance chairman Hugh Leatherman – support keeping lawmakers in control of this process, our guess is Lucas’ bill will be the one that ultimately prevails.

He seems to think so, too.

“The House and governor spearheaded the effort to have real, attainable protection of ratepayers through the sale of Santee Cooper,” Lucas said. “Today, we have introduced a thoughtful, workable roadmap to pursue possible sale or other methods to protect ratepayers.”

That is a reference to alternative solutions for the utility – including a proposed “management agreement” submitted last fall by Virginia-based Dominion Energy, the company which recently purchased crony capitalist utility SCANA.

Ultimately, though, whoever is in charge of this decision will be bound by the numbers – and as we noted in our latest piece on this ongoing saga the numbers for Santee Cooper are not good.

To recap: In 2007, state leaders embarked on a catastrophically mismanaged bid to build a pair of next generation nuclear reactors using billions of dollars in government debt – while simultaneously socializing SCANA’s investment risk in the deal.

This investment risk socialization (nearly $2 billion) was accomplished via the now-notorious “Base Load Review Act,” a piece of special interest legislation approved by the state’s Republican-controlled legislature that provided for the project to be paid for in part by consumer rate hikes.

In the summer of 2017, Santee Cooper pulled the plug on the reactors – a bombshell announcement made just one week after its politically appointed board proposed fresh rate increases related to their construction. Shortly thereafter, the utility gave its former leader a multimillion-dollar, taxpayer-subsidized golden parachute – even though documents released in September 2017 showed he and others knew in 2016 (and perhaps earlier) that the Jenkinsville, S.C.-based project was doomed.

Incidentally, Santee Cooper has been paying for this former CEO’s massive legal bills as it stares down the business end of a criminal investigation.

Stay tuned … we have several forthcoming reports in the works on the status of these negotiations.

In the meantime, whichever one of these bills emerges as the vehicle to advance the sale of Santee Cooper supporters of such a move are at least four votes shy of where they need to be in the State Senate.

Everything Wrong With South Carolina’s Roads Is Tom Davis’ Fault?