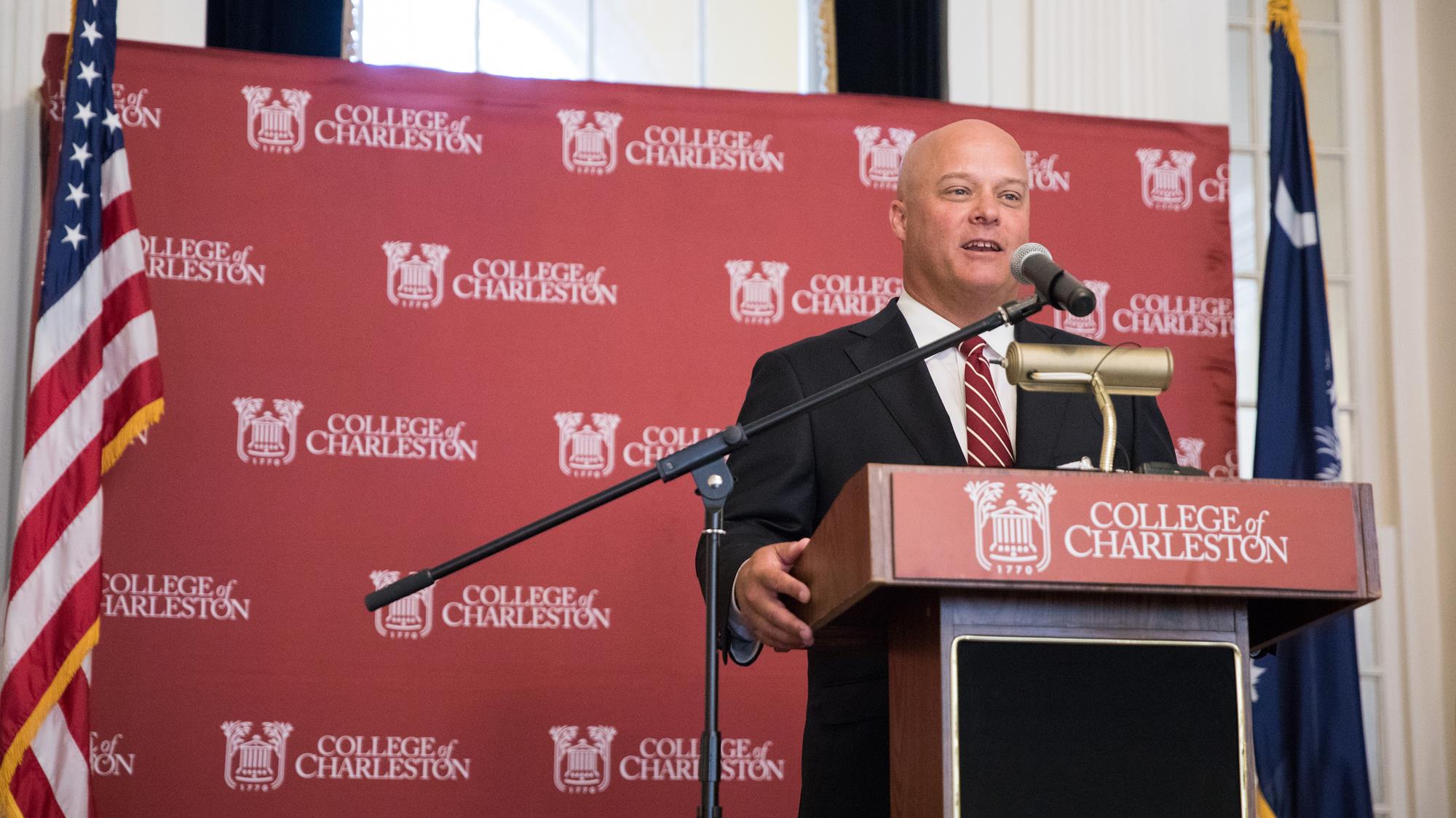 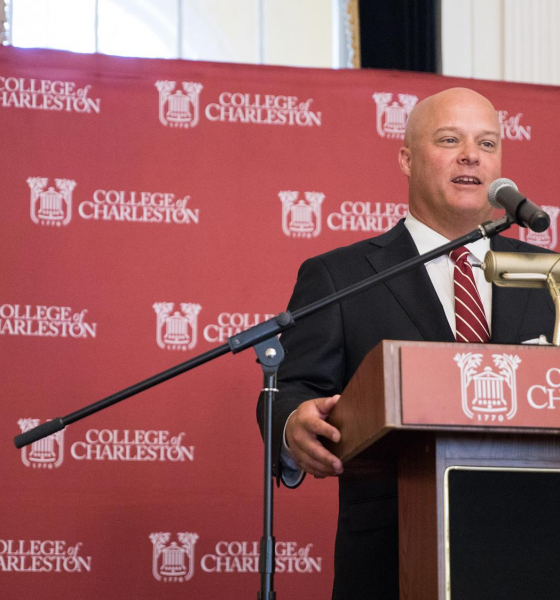 The baseball scandal that has rocked the state of South Carolina escalated again this week when attorneys for the College of Charleston, a government-funded school in heart of the Palmetto State’s Holy City, submitted their response to seismic allegations of perjury and destruction of evidence leveled against the university’s top athletics officials.

To recap: College of Charleston athletics director Matt Roberts and second-year baseball coach Chad Holbrook have been accused by attorneys for former Cougars’ baseball coach Matt Heath of destroying evidence and/or lying under oath in connection with Heath’s wrongful termination lawsuit against the school.

What were they trying to hide, allegedly?  Offline negotiations aimed at bringing Holbrook to Charleston as Heath’s replacement … negotiations which appear to have been conducted prior to Heath being forced out from his job (and Holbrook resigning from his position as the head coach at the University of South Carolina).

Holbrook spent five underwhelming seasons as South Carolina’s head coach from 2013-2017 – taking the Gamecock program from perennial national championship contender to a middle-of-the-road Southeastern Conference program.  His program fell off of a cliff in 2017, right around the time he was allegedly conspiring with Roberts to secure another job.

In other words, if the evidence submitted by Heath’s attorneys is to be believed, Holbrook was more focused on securing a new position than he was on saving his old job.

Holbrook resigned in June of 2017 with two years remaining on his contract at South Carolina.

Barely a month earlier, though, he appears to have been communicating with his father, Eddie Holbrook, about a job offer he received from Roberts to coach the Cougars’ baseball team.  These conversations took place during a period when Roberts claimed he had never spoken with Holbrook about taking the Charleston job.

In a message dated April 23, 2017, Holbrook told his dad “don’t say anything but Matt Roberts really want (sic) me to come be his baseball coach at the college of Charleston.”

Three days before Heath was fired at the College of Charleston (and five days after Holbrook’s own resignation from South Carolina), he sent another message to his father in which he appeared to allude to Roberts’ efforts on his behalf.

“Hope (M)att Roberts can pull it off,” Holbrook wrote.

Roberts did “pull it off,” naming Holbrook as the head coach at the College of Charleston on July 20, 2017.

Also incriminating?  The apparent lengths Roberts went to in an effort to erase evidence sought in conjunction with the lawsuit.  Specifically, data from a laptop computer was allegedly wiped clean the day after the College of Charleston received a discovery request from Heath’s attorneys related to the case (which is currently pending in federal court).

Roberts and Holbrook have also been accused of deleting messages from their cell phones in connection with the case.

This week, attorneys for the College of Charleston fired back – submitting a court filing in which they claimed Holbrook’s text messages to his father were improperly obtained by a forensic analyst and improperly disseminated to “various media outlets” in violation of a court-imposed confidentiality order.

Had that been the end of it, we might have been inclined to give the school’s filing (.pdf) some credence.

That was not the end of it, though …

In a sworn affidavit from Holbrook attached to the filing, the embattled coach offered up a curious defense for the messages he allegedly sent to his father in the spring of 2017 – as well as allegations that he was negotiating an exit strategy while still serving as South Carolina’s coach.

“I resigned under pressure as the coach of the USC baseball team on June 6, 2017,” Holbrook wrote in his affidavit.  “Up until that date , I was focused exclusively on doing everything in my power to keep that job.  After my resignation, for the rest of June and into early July my sole focus and attention was the consideration of an attractive coaching job offer in another state.”

Do we buy that explanation?  No … but it was Holbrook’s next assertion that took the cake, as far as we are concerned.

“I knew that my father – a former college basketball coach who was also forced to leave his position as the coach at Furman University – had suffered from two heart attacks and an additional atrial fibrillation and he was very concerned about my future,” Holbrook wrote in his affidavit (.pdf).  “I sent him the texts on April 17, 2017 and April 23, 2017 as a way to give him some assurance about my future, especially since he knew that Matt Roberts and I were friends.  These texts were simply made to my father to minimize any undue stress on his everyday life considering his health history.”

Holbrook went on to claim that his text alluding to Roberts hopefully being able to “pull it off” was also motivated by his concern for his father’s poor health.

“Again, my father was in athletics and he has had serious health issues from the stress of his profession both in and out of athletics,” Holbrook wrote.  “Any communication with him was my attempt to minimize stress and worry in his life regarding my personal future.”

Do we buy this explanation?

To be clear: We are not questioning whether Holbrook’s father is in poor health (or whether he was in poor health in the spring of 2017).  We have no idea if that is true or not, but we are certainly willing to take the coach’s word for it.  Still, this explanation holds little to no water in our estimation.  If anything, it strikes us as opportunistic and exploitative – seeking to pull a narrative out of available “facts” in an effort to deflect and distract from what really happened.

Truthful or not, the health of Holbrook’s father does not alter the substance of the messages sent by his son … which Heath’s attorneys have (correctly, in our estimation) said “paint a clear picture that Roberts and Holbrook communicated during the relevant time period about Holbrook coming to the College of Charleston.”

Which Roberts has denied doing under oath …

And now Holbrook, too.

Ultimately, that is the real issue here: Did Roberts and Holbrook lie under oath and destroy evidence related to a federal lawsuit?

We believe clear and compelling evidence exists indicating that they absolutely did, but we will wait for U.S. district judge Richard Gergel to sort it out.  In the meantime, we will continue to extend our microphone to everyone involved in this case who wishes to be heard – including Holbrook, Roberts or any attorneys acting on their behalf.