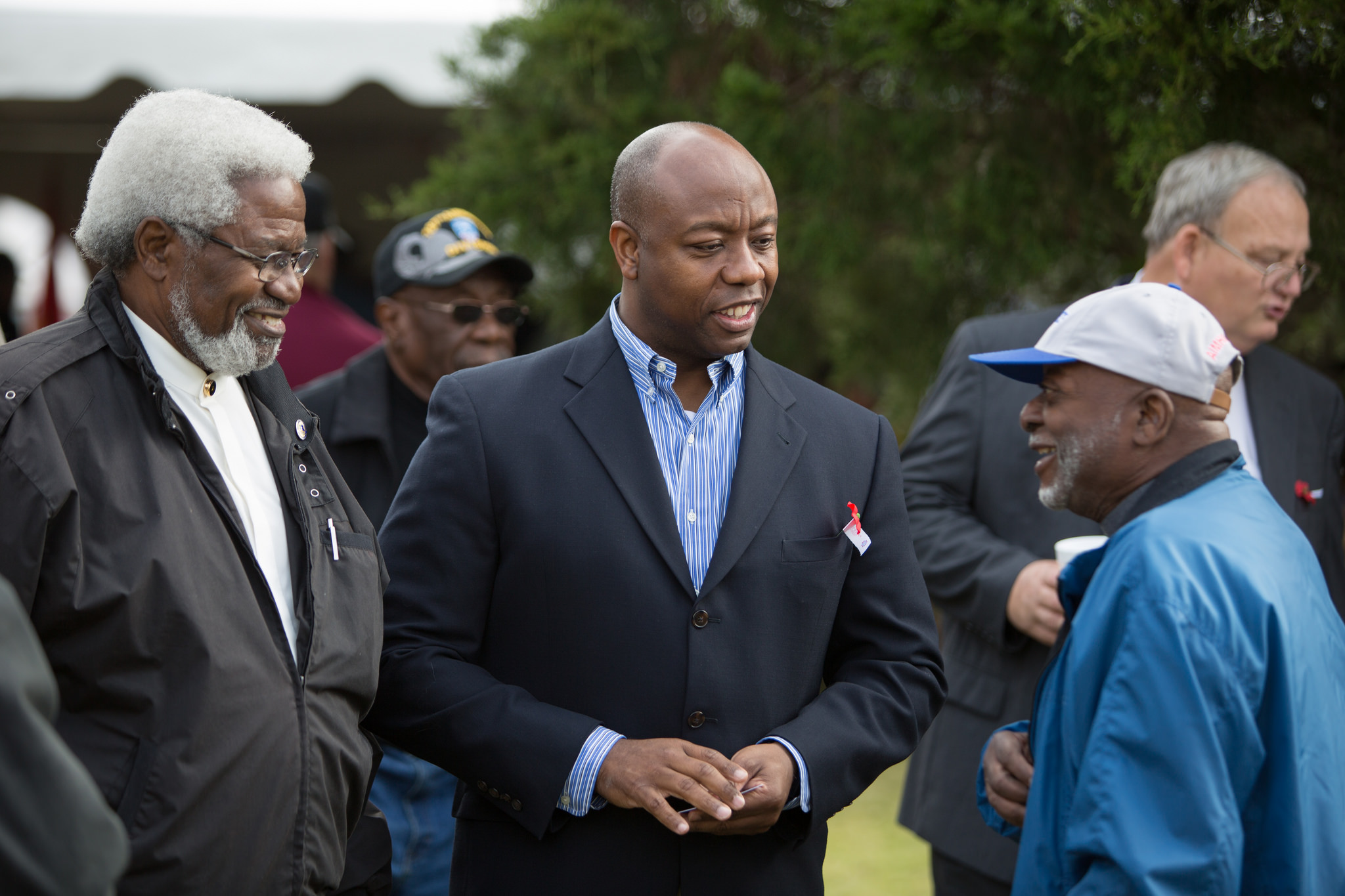 U.S. senator Tim Scott of South Carolina – who is already facing criticism from conservatives in our nation’s capital for single-handedly torpedoing two of U.S. president Donald Trump’s judicial nominees – is now getting an earful from conservatives in his Palmetto State backyard over his actions.

For the moment it is a polite earful, but depending on how Scott navigates this dust-up – his first real controversy with the South Carolina GOP base – frustrations could intensify.

Last year, Scott singlehandedly torpedoed two of Trump’s judicial nominees – Ryan Bounds (who was headed to the über-liberal ninth circuit court of appeals) and Thomas Farr (who was nominated for a district court judgeship in North Carolina).

As we noted in our previous coverage, Scott’s votes – and his handling of these nominations – angered national conservative activists and frustrated many of his colleagues in the U.S. Senate.

Earlier this week, we stumbled upon a video posted on Facebook by Adger Brown – a native of Easley, South Carolina.  The minute-and-a-half clip (below) is obviously low budget, but Brown – a mechanical engineer who says he doesn’t “normally post videos” – offers up some, thoughtful and salient points in expressing his frustration with Scott.

“We live in South Carolina where conservative values still matter and people expect their elected officials to take a strong stand for those values,” Brown said in the clip.  “I love what our president is doing, and nothing is more important than his appointment of conservative judges who will uphold the rule of law and faithfully follow the constitution in stopping some of the insanity of the left in wanting to change our values.”

Brown said he was “surprised” to learn that Scott voted against two of Trump’s nominees, “because I know senator Scott pledged to support the president’s judicial nominees.”

Furthermore, Brown alleged in the video that Scott “didn’t even look at the actual facts and research on these judges” and instead took the advice of Washington liberals like U.S. senator Charles Schumer – echoing concerns raised by national activists.

This “infuriated” Brown, according to the video.

“Senator Scott, these are not the guys to be taking advice from,” Brown noted in the clip, adding that he planned to stay on top of the issue “until Senator Scott gets on the right track and votes for conservative judges and South Carolina values.”

We reached out to Brown, a 60-year-old heating, ventilation and air conditioning (HVAC) mechanic, to get his thoughts on the video – which has already received several hundred views on social media.

“Things are just getting crazier and crazier in D.C.,” Brown told us.  “It’s hard to know who to believe with so many voices saying different things and so much misinformation being spread around.  It starts to get frustrating.”

“You have to dig down to find the full story,” Brown added.  “So much gets taken out of context with people.”

Brown told us he is worried Scott is not getting the “full story,” either.

“It seems like he is letting the wrong people have too much influence on him – not really investigating, not thinking things completely through and doing the right research,” he told us.

As noted in our prior coverage, we reached out to Scott’s press office in Washington, D.C. in the hopes of incorporating its perspective into our reporting, but so far we have not received any response.  In the event we do hear from Scott’s office, we will update our coverage accordingly.

Also, our microphone is available to Scott at any time he might wish to substantively address this – or any other issue.

Once again, we respect Scott’s right to vote his conscience even when we disagree with him … and we would love to incorporate his perspectives into the marketplace of ideas on this particular subject.

In the meantime, it appears as though South Carolina conservatives are beginning to put their perspectives on Scott’s votes out into marketplace …

Got something you’d like to say in response to one of our stories? Please feel free to submit your own guest column or letter to the editor via-email HERE. Got a tip for us? CLICK HERE. Got a technical question or a glitch to report? CLICK HERE. Want to support what we’re doing? SUBSCRIBE HERE.
Banner: North Charleston, S.C.

SC: Another Year Of Tax Gimmicks