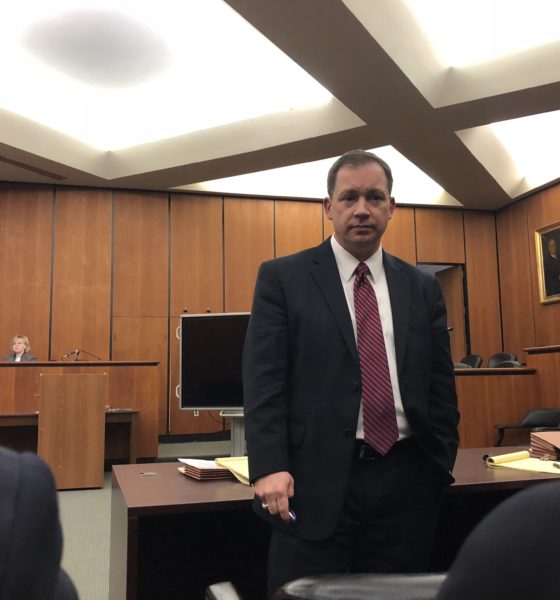 “There is simply nothing of merit to appeal …”

South Carolina first circuit solicitor David Pascoe has already won guilty verdicts in the trial of former state representative Jim Harrison – part of the sprawling #ProbeGate investigation into corruption in state government.  And Harrison has already been sentenced to eighteen months in prison on the misconduct in office and perjury charges of which he was found guilty by a jury of his peers.

Whether Harrison actually winds up behind bars …

Days before the former legislative leader (and ex-code commissioner) is scheduled to begin his sentence, his attorneys are pushing for him to receive an “appeal bond.”  This would allow him to remain free pending the appeal of his convictions all the way up to the S.C. supreme court – a process which could take several years.

News of this effort was exclusively reported earlier this week by John Monk of The (Columbia, S.C.) State newspaper.

In a response filing submitted by Pascoe to S.C. circuit court judge Carmen Mullen – who will ultimately decide Harrison’s fate – it was noted that “appeal bonds are rarely granted in state court, and there is no reason to treat (Harrison) differently from other convicted felons.”

“There is simply nothing of merit to appeal with respect to the conviction for perjury,” Pascoe further noted in the filing.

Harrison, 67, represented S.C. House District 75 (map) in Richland County from 1989 until his resignation following the 2012 elections.  When he stepped down, he was chairman of the powerful House judiciary committee – which handles most of the legislation that makes its way through the Republican-controlled chamber.  In December 2012, he was selected by his former colleagues to serve as code commissioner and director of the S.C. Legislative Council, a thirty-person office which is responsible for researching and drafting bills for members of the S.C. General Assembly.

During his tenure in the legislature, Harrison received more than $900,000 in undisclosed income from the political consulting firm of Richard Quinn – claiming after-the-fact that this money was for “political work.”  No such work could be uncovered, though, and as Pascoe repeatedly pointed out Harrison “sponsored, co-sponsored and voted on legislation that favored clients of (Quinn)” while he was receiving his “secret salary.”

Not only that, emails unearthed during last month’s trial revealed that when some of these corporate accounts dried up – Harrison was forced to take a reduction in pay.

To be clear: We have always liked Harrison on a personal level.  We think he is a nice guy.  And we feel terrible for his family in all of this.  Most importantly, we believe there is a disturbingly unfair disconnect between his fate and the fate of others targeted by this investigation.

Unfortunately for Harrison, he rolled the dice at trial … and lost.  Which means he now must turn to face the music.

Prior to Harrison, #ProbeGate had already led to the indictment and resignation from office of four influential elected officials (former majority leader Rick Quinn, former House speaker Bobby Harrell, former Senate president John Courson and former House majority leader Jimmy Merrill).  With the exception of Harrell, all of these lawmakers were part of the Quinn “family.”  And with the exception of Harrison, all of them took plea deals and avoided prison time – although one of these probationary sentences is currently under appeal.

It gives us no pleasure to see Harrison in this situation … but this is the definitional “end of the line.”  There is simply no other way, especially not after so many targets of this investigation were allowed to get off so easily.  Furthermore, granting him an “appeal bond” in this situation would set a terrible precedent.

For these reasons, we believe Mullen should reject Harrison’s bid for leniency and compel him to report to prison at the appointed hour to begin serving his sentence.

“We derive no joy from watching the suffering of others … even if it is of their own making,” we wrote last month in assessing the Harrison sentence. “It is necessary justice, not a cause for celebration.”

Indeed … and the time has come for justice to be carried out.