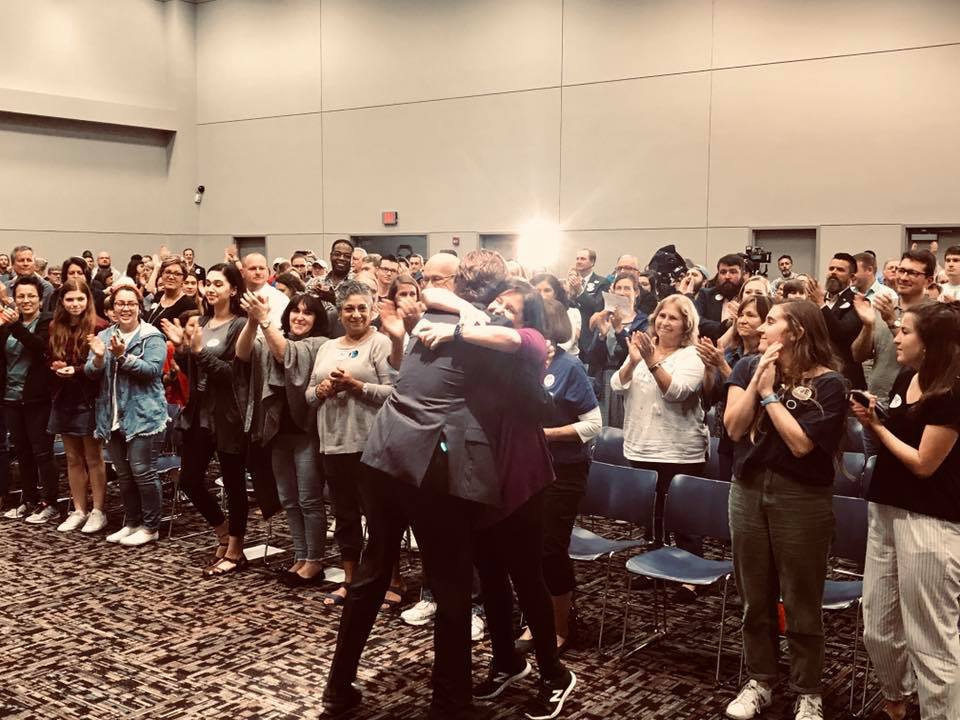 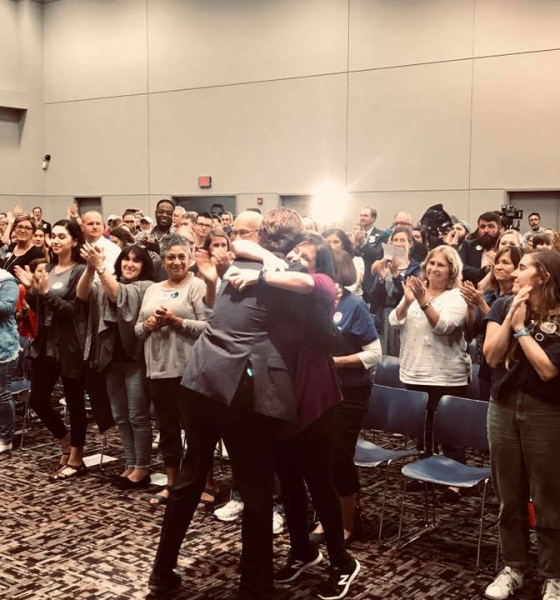 Democrat Joe Cunningham may not be an ocean engineer … but he is about to become a U.S. congressman.

Buoyed by millions of dollars from national Democrats, Cunningham upset Republican Katie Arrington in the race for South Carolina’s first congressional district (map) on Tuesday … with the Associated Press declaring him the winner of this fiercely contested seat shortly after 2:00 a.m. EST on Wednesday.

With 100 percent of precincts reporting, Cunningham drew 135,810 votes – or 50.7 percent of all ballots cast.  Arrington received 132,301 votes – or 49.3 percent of ballots cast.  That’s a 1.4 percent spread, which means unless there is a late shift in vote totals there will be no mandatory recount (state law requires recounts in the event candidates in an election are separated by a percentage point or less).

Cunningham will become the first Democrat to hold this seat since the late Mendel Jackson Davis, who occupied it from 1971-1981.  He will replace Mark Sanford, a former two-term governor of South Carolina who represented the district from 1995-2001 and again beginning in May of 2013.

Sanford was defeated by Arrington in the June GOP primary for this seat and refused to endorse her in the general election, one of many Republicans who did not lend the party’s nominee their full support.  Clearly dissension with Republican ranks aided Cunningham, who was able to unify Democrats under his banner of opposition to offshore drilling.

This news outlet lent its full-throated support to Arrington from the moment she announced her candidacy, so naturally her defeat is disappointing to us.  It is even more disappointing given everything Arrington had to overcome just to make it to election day – including a car crash shortly after the primary that nearly killed her.

Democrats made this congressional seat their top takeover target in South Carolina following the implosion of Archie Parnell, a Sumter, S.C. tax analyst who was initially viewed as an even money bet to defeat incumbent GOP congressman Ralph Norman in the state’s fifth congressional district.  Unfortunately for Parnell, a decades-old domestic violence incident involving his first wife became national news just prior to the June primary elections – prompting Democrats to abandon his candidacy in droves.

Norman went on to thrash Parnell by a wide margin, preserving the GOP’s hold on a seat it first flipped back in 2010.

Parnell’s problems were a godsend to Cunningham, who benefited from national resources he never would have received otherwise.

Cunningham has a hard row to hoe, though.  He vowed on the campaign trail that he would cast his first vote in the U.S. congress against Nancy Pelosi – the odds-on favorite to become the next speaker of the House.

Will he make good on that promise?

Cunningham also becomes the top takeover target for South Carolina Republicans in 2020, with several big names – including Arrington – likely to take a run at him in two years time.