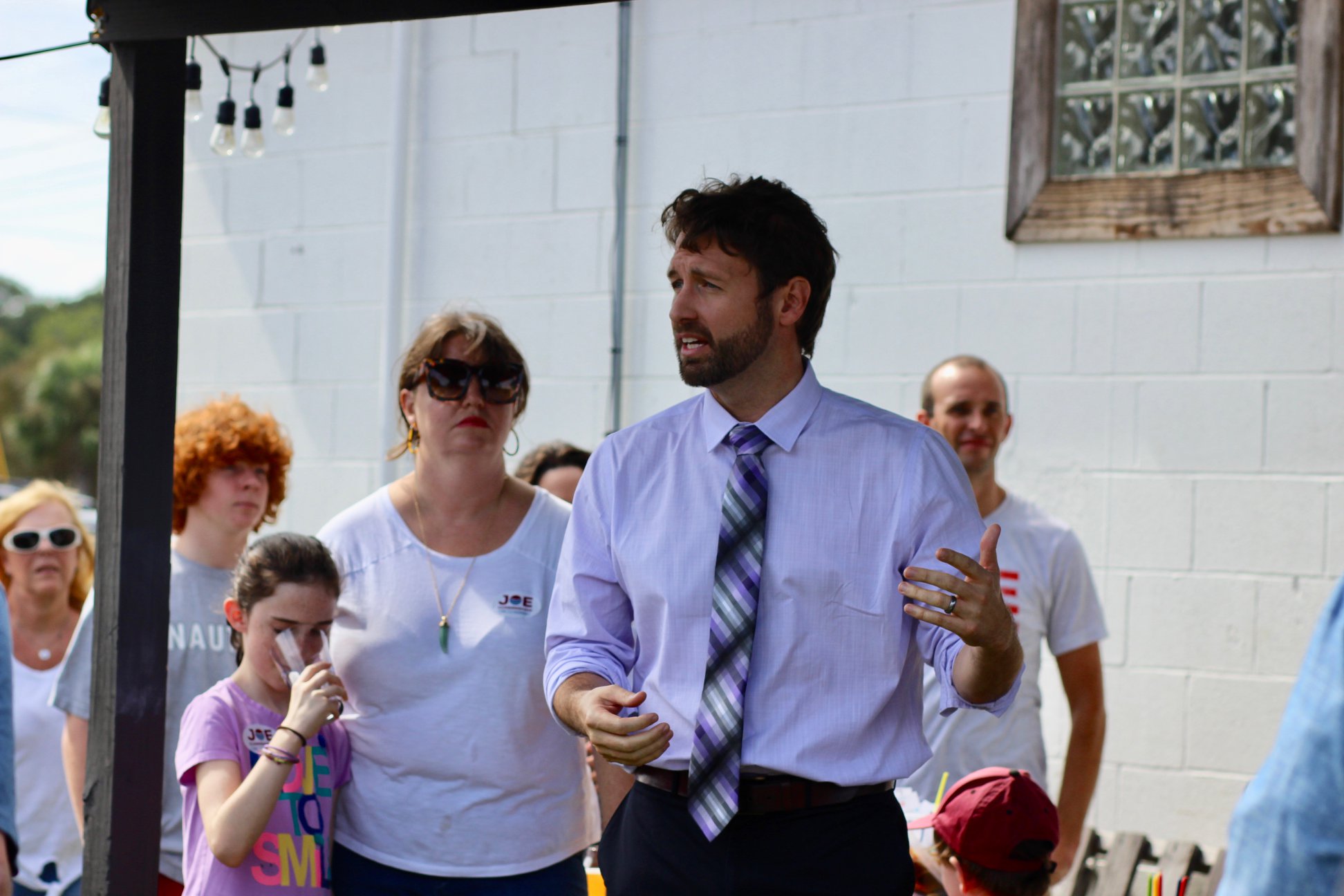 South Carolina congressional candidate Joe Cunningham refers to himself as an “ocean engineer” in one of his television ads.  The only problem?  He isn’t.

A complaint filed against the Democratic nominee for the Palmetto State’s first congressional district (map) claims he is lying about his title – which would be illegal.  The complaint – submitted by a Lowcountry engineer to the S.C. Department of Labor, Licensing and Regulation (SCLLR) – was first reported last week by The (Charleston, S.C.) Post and Courier.

“I’m proud to have a degree in ocean engineering and even more proud of the work I did as an ocean engineer for several years,” Cunningham told the paper by way of response.

However, reporter Caitlin Byrd noted in her coverage that “Cunningham does not have an engineering license in South Carolina.”  He was previously licensed as an engineering intern in Florida, but “never obtained his professional engineer license” in the Sunshine State, either.

Why does this matter?  State law forbids anyone who isn’t licensed as an engineer to refer to themselves as one.

Here is a look at Cunningham’s spot …

Cunningham’s “ocean engineer” commercial is intended to highlight his opposition to offshore drilling – which, ironically, is a position shared by Katie Arrington, the Republican nominee who is running against him in next month’s congressional race.

Two weeks ago, she voiced her offshore drilling objections during a meeting with U.S. vice president Mike Pence.

We believe both candidates are wrong on the offshore drilling issue, but as we noted in a piece last week “we understand their desire to advance a view held by the majority of their constituents in the first district.”

Democrats have made this congressional seat their top takeover target in South Carolina following the implosion of Archie Parnell, a Sumter, S.C. tax analyst who until recently was viewed as an even money bet to defeat incumbent GOP congressman Ralph Norman in the state’s fifth congressional district.  Unfortunately for Parnell, a decades-old domestic violence incident involving his first wife became national news just prior to the June primary elections – prompting Democrats to abandon his candidacy in droves.

Cunningham backers are hoping they can use the national support originally earmarked for Parnell to “flip the first.”  Unfortunately for them, the district remains solidly in the “lean Republican” column according to the latest Cook Political Report – with the GOP enjoying a 10-percentage point advantage according to the report’s Partisan Voting Index (PVI).

Of course several sources close to the Cunningham campaign have been whispering about an alleged fabrication they have uncovered in one of Arrington’s television spots – a lie they insist is far worse than the one Cunningham got caught telling.

Stay tuned … we will be sure to let our readers know what those rumors are all about when we get more information.