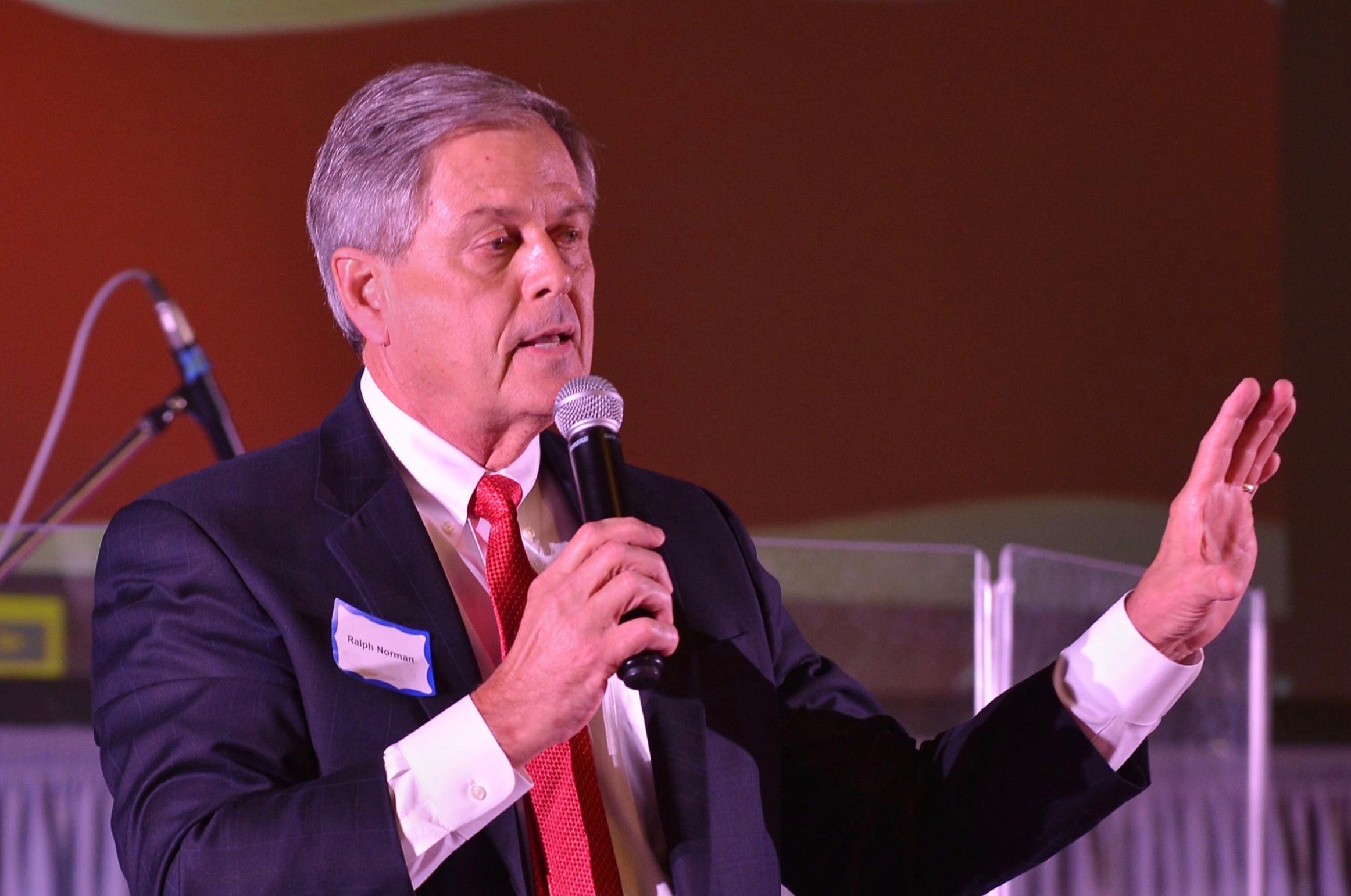 We knew U.S. congressman Ralph Norman of South Carolina was a gunslinger (literally), but we didn’t know he was also an aspiring comedian …

“Did y’all hear this latest late-breaking news on the Kavanaugh hearings?” Norman asked attendees at a Kiwanis Club gathering in Rock Hill, S.C..

For those of you doing your level best to tune out all the noise coming from Washington, D.C., that’s a reference to the contentious U.S. Supreme Court confirmation hearings for judge Brett Kavanaugh, president Donald Trump’s pick to replace outgoing senior associate justice Anthony Kennedy.

Wait for the punch line …

Ginsburg, 85, is the longest-serving liberal on the court.  Appointed by former president Bill Clinton, she took her seat back in 1993.

Norman made the joke during a debate with Archie Parnell, a once-viable Democrat whose candidacy imploded earlier this year when a decades-old domestic violence incident involving his first wife became national news.

Parnell wasted little time in trying to claw back some momentum, though.

“My opponent apparently thinks sexual assault is a joke,” he tweeted.  “It is not. But I guess that’s the best we can expect from someone who pulled a loaded gun on his own constituents.”

“Perhaps we should have a debate about your own abuse and harassment of women, Parnell,” he replied.

The Ginsberg-Lincoln joke had been making its way through GOP circles in early-voting South Carolina ever since the sexual assault allegations against Kavanaugh first made news, but we were honestly a bit surprised to hear Norman roll it out during his debate with Parnell.

Does that mean we view the joke as offensive?  No, not really …

Norman was making a quip about Ginsburg being old, people.  And while we think he erred in offering up this particular attempt at humor, we agree with his post-joke contention that people need to “lighten up.”

Sexual assault is obviously nothing to joke about, but this quasi-humorous hypothetical wasn’t really about sexual assault … it was a joke about Ginsburg’s age.  Or at least that is how we interpreted it.

Were this a close race, Norman probably would have done some damage to himself with this failed comedy audition (and the gun incident back in April). Given Parnell’s implosion, though, he remains a lock to win this seat in November.

Which makes this a definitional non-troversy …

Got something you’d like to say in response to one of our stories? Please feel free to submit your own guest column or letter to the editor via-email HERE. Got a tip for us? CLICK HERE. Got a technical question or a glitch to report? CLICK HERE. Want to support what we’re doing? SUBSCRIBE HERE.
Banner: Norman for Congress