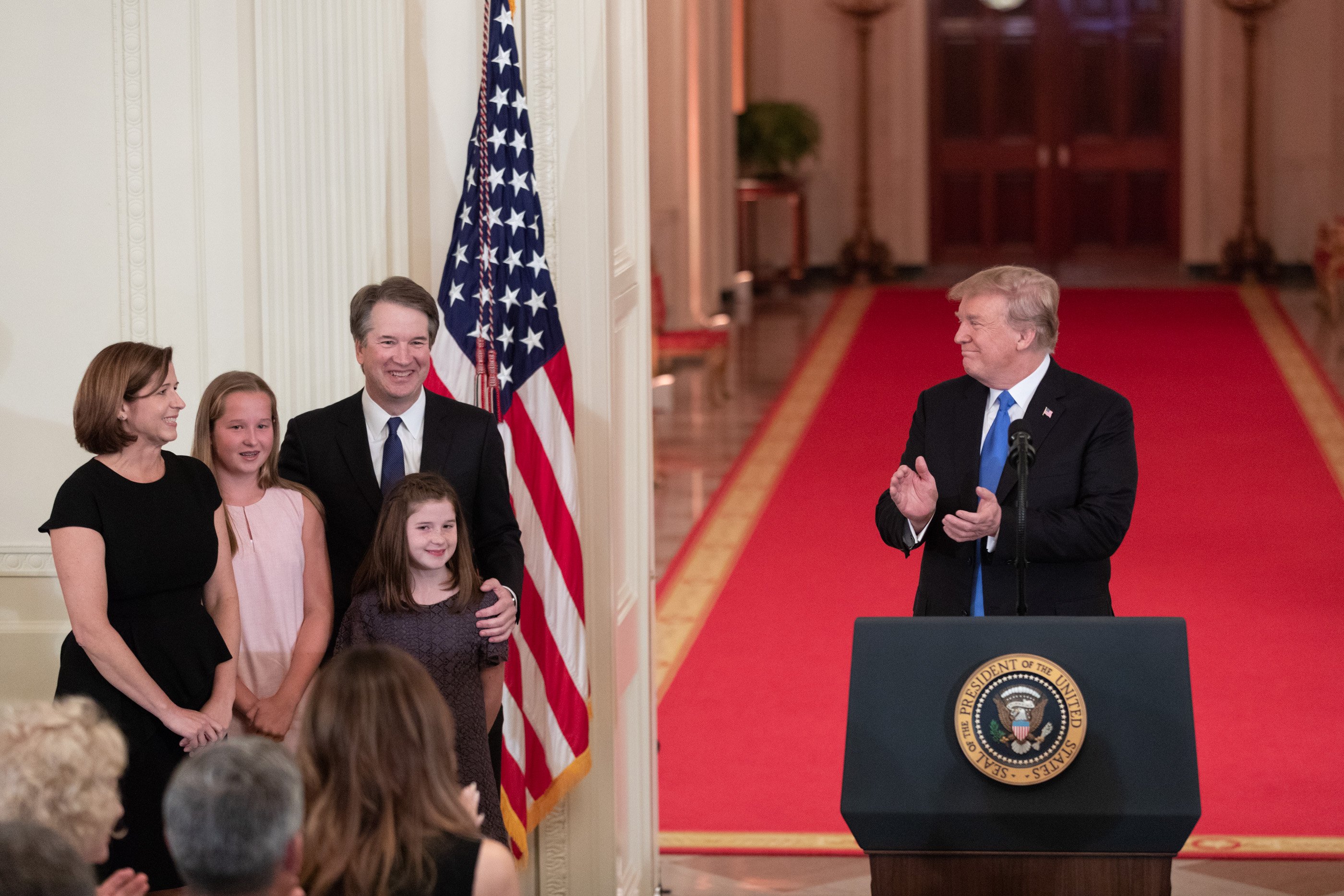 This news outlet was unimpressed by U.S. president Donald Trump’s second choice to fill a vacancy on the U.S. Supreme Court.   Prior to the pick, we urged Trump to make the most of his opportunity to replace outgoing senior associate justice Anthony Kennedy – a swing vote on the court.  Frankly, he failed to do that with his selection of centrist judge Brett Kavanaugh.

Trump vowed to appoint justices who would overturn Roe v. Wade – the controversial 1973 decision that legalized abortion on demand in America.  Yet during his confirmation hearing for the D.C. circuit seat in 2006, Kavanaugh vowed to “faithfully and fully” apply Roe v. Wade because it was the “binding precedent of the court.”  The 53-year-old jurist also pioneered the legal argument employed by centrist chief justice John Roberts in the court’s 5-4 majority opinion upholding Obamacare in 2012.

So … the fact that Kavanaugh’s nomination has now been imperiled at the eleventh hour by a decades-old allegation of sexual assault doesn’t get us quite as exercised as some people.  We never supported his nomination in the first place, and if it goes up in flames as a result of the charge … so be it.

Will that happen in this case?  Don’t be silly.  From the moment the allegation against Kavanaugh broke into wide circulation, the battle lines were already drawn.  And depending on their views of Kavanaugh, the Beltway’s warring factions went “all in.”

To those who oppose Kavanaugh, the allegation is a nomination-killer.  His accuser – California professor Christine Blasey Ford – is credible.  She passed a lie detector test.  She referenced the assault years ago in meetings with her therapist – long-before Kavanaugh was seen as a Supreme Court prospect.  Also, Ford communicated her version of events to her lawmaker prior to Trump naming Kavanaugh as his choice for Kennedy’s seat – information that eventually made its way to U.S. senator Diane Feinstein.  Finally, Ford has signaled her willingness to testify publicly under oath about what allegedly happened to her back in 1982, when she and Kavanaugh were high school students in Maryland.

“I thought he might inadvertently kill me,” Ford said of the alleged assault. “He was trying to attack me and remove my clothing.”

Ford was 15 years old at the time of the alleged assault, Kavanaugh was 17 years old.

The only witness to the alleged attack, a friend of Kavanaugh’s, has said he doesn’t remember the future judge assaulting Ford.  And Kavanaugh has flatly denied the allegation.

“I categorically and unequivocally deny this allegation,” Kavanaugh said in a statement issued by the White House.  “I did not do this back in high school or at any time.”

To those who support Kavanaugh’s nomination, Ford’s allegation is a last-minute dirty trick – the revelation of which was deliberately delayed so as to “prevent any vetting of the allegation,” according to Robert Romano of Americans for Limited Government (GetLiberty.org).

“It is telling that Feinstein never shared the letter she received in July with her Senate judiciary committee colleagues … nor did she bring the allegations forward during Kavanaugh’s confirmation hearing when he would have had an opportunity to respond directly,” Romano wrote.  “Instead, she waited until after the confirmation hearing as the committee is now preparing to vote, in what can only be described as a desperate, last-ditch effort to derail the nomination with an uncorroborated rumor.”

That is a fair argument …

An even fairer argument?  Properly assigning the burden of proof in this case.

As much as we disapprove of Trump’s selection of Kavanaugh – and as much as we would love to see his nomination scuttled in favor of a more conservative selection – we need more than just an allegation to support such a drastic outcome.

There must be proof …

We don’t like Trump’s pick, but at the end of the day it is Trump’s pick.  And unless there is incontrovertible evidence of this allegation against Kavanaugh, we do not see why the allegation should impede a presumed party-line vote in favor of his confirmation.