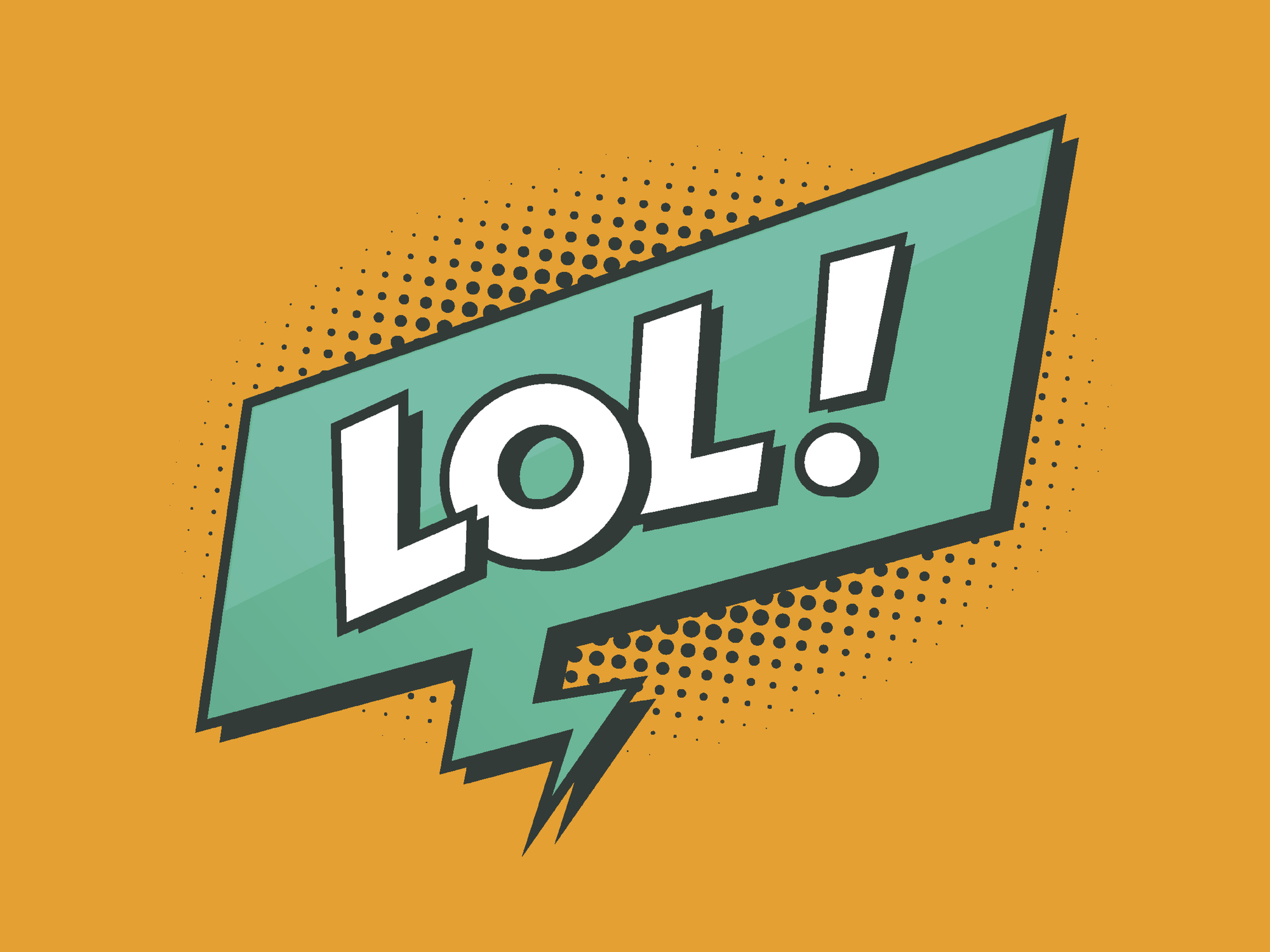 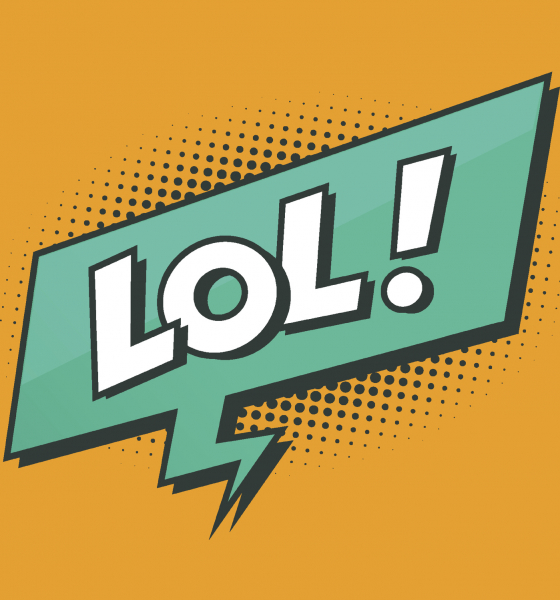 Tip your bartenders and waitresses …

It looks like U.S. congressman Ralph Norman isn’t the only elected official in South Carolina looking to launch a comedy career …

According to reporter Briana Rivas of WPDE TV 15 (ABC – Myrtle Beach/ Florence, S.C.), Horry County school board member Sherrie Todd is being asked to give up her seat after re-posting a Facebook joke similar to the one Norman told this week during a debate in the Palmetto State’s fifth congressional district.

Ginsburg, 85, is the longest-serving liberal on the court.  Appointed by former president Bill Clinton, she took her seat back in 1993.

As we noted in our original treatment, the Ginsburg joke (which we view as harmless) had been making its way through GOP circles in early-voting South Carolina ever since the sexual assault allegations against Kavanaugh first made news.

Earlier this week, she reposted a Facebook joke made by a friend which read as follows: “I’ve already decided that whoever wins the Democrat Nomination in 2020 sexually assaulted me 40 years ago.” 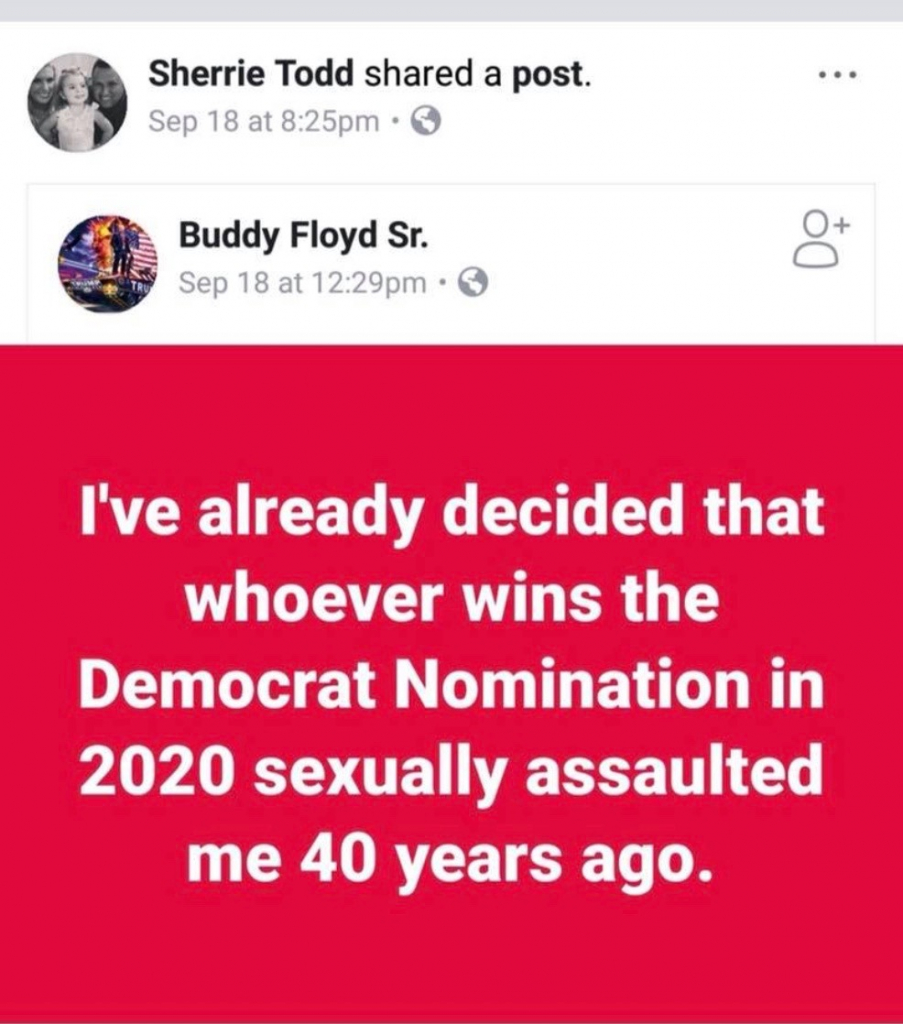 A left-leaning advocacy group – Horry County Alliance for Educational Justice (HCAEJ) – described Todd’s post (re-post) as “completely offensive, inappropriate, insensitive and beneath someone who has the responsibility of caring for the most vulnerable citizens of Horry County.”

After the councilwoman offered a “half-hearted apology,” the group called for her resignation.

Do we support those calls?  No …

Todd is no Miriam Maisel, clearly, and as we wrote in response to the Norman matter, “sexual assault is obviously nothing to joke about.”

Unfortunately, the politicization of sexual assault we are seeing in the Kavanaugh case has made a mockery of the issue in the minds of many.  And many of them are now mocking back.

This news outlet did not support Kavanaugh’s nomination for a host of policy-related reasons (including his willingness to uphold abortion on demand and his embrace of Obamacare’s insidious individual mandate).  Accordingly, we don’t care if the scandal currently engulfing him winds up costing him his spot on the bench (although it is looking increasingly as though that isn’t going to happen).

Our bottom line?  Like him or not, the guy is innocent until proven guilty … and in this case, we have seen nothing to suggest proof of guilt is forthcoming.

As for all the jokes being made in relation to these allegations?  We probably wouldn’t make them if we were in elected office, but we really don’t see the harm … at least in these two cases.