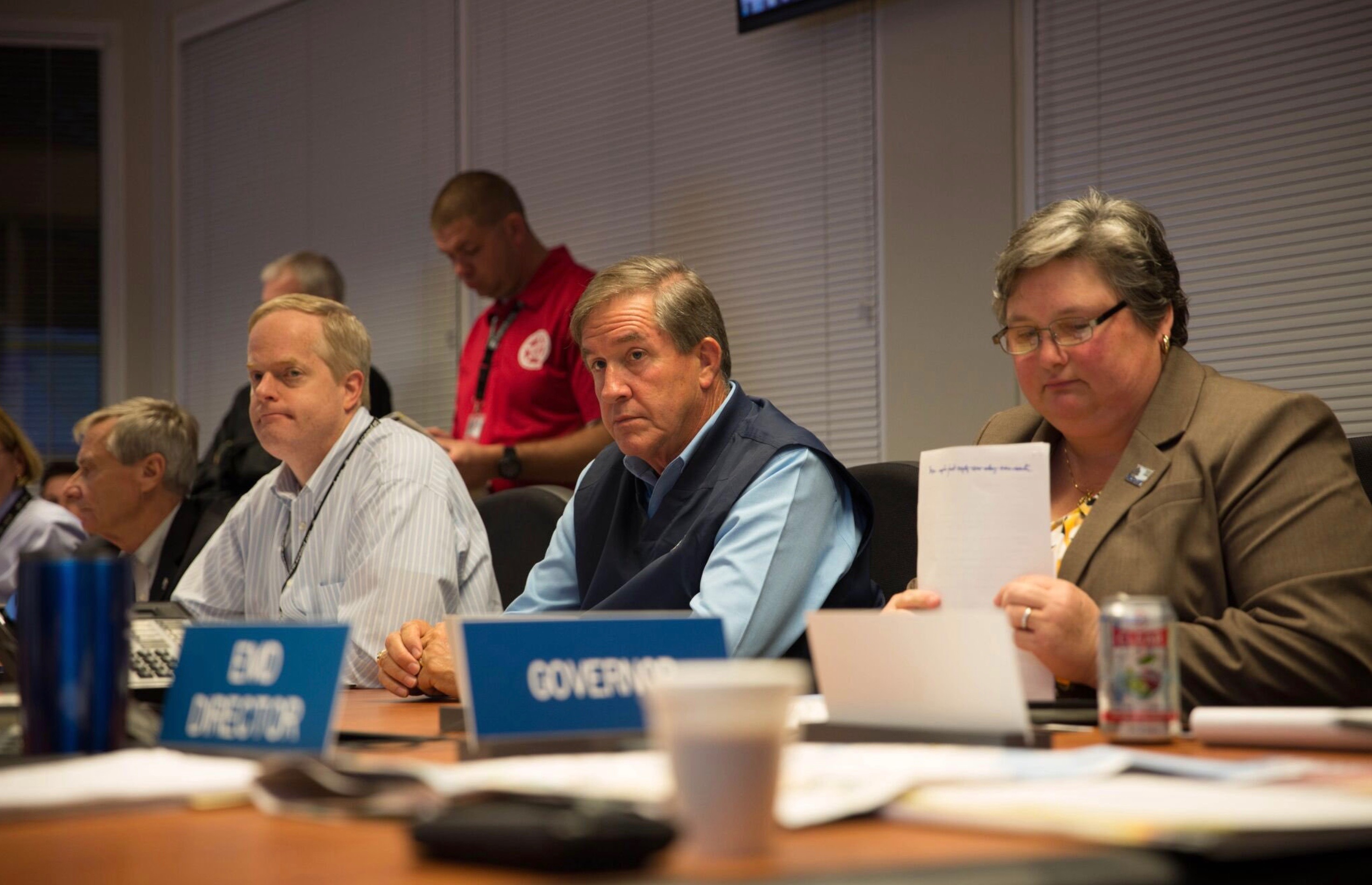 This news outlet reported yesterday on some curious hurricane-related politicking tied to #NukeGate, South Carolina’s spectacularly failed government intervention in the energy industry.  Well, it now looks like S.C. Senate majority leader Shane Massey wasn’t the only Palmetto politician using monster storm Hurricane Florence to score some political points on an issue near and dear to his heart …

In an interview on Thursday with Yahoo! Finance, S.C. agriculture commissioner Hugh Weathers went after U.S. president Donald Trump over the latter’s trade policies – arguing the alleged damage Trump’s tariffs are causing to Palmetto State farmers will be exacerbated by the slow-moving tropical system.

Weathers – who has held his office since 2004 – doesn’t know how much crop-related damage Florence will cause, but he is keeping tabs on the tariffs.

“We estimate the impact of tariffs on our markets to date at is $70 million,” Weathers told the news outlet.  “Do we add the loss that may come from the hurricane on top of that? Really, they’ll kind of coincide.”

According to Weathers, “U.S. farm net income in the last three years has decreased to an amount that was half of what it was in 2013.”

“So the cycle that agriculture’s going through has only been exacerbated,” he said. “This down cycle is only made worse by these tariff discussions.”

Weathers did praise Trump for offering a $12 billion relief package to farmers back in July – a deal that included $4.7 billion in direct payments and $1.2 billion worth of government purchases.  A second round of aid is expected to be announced in December by the administration.

Do we agree with Weathers on this issue?  No …

While we have been deeply disappointed with Trump’s sellout on tax policy and his lax approach to reining in spending in Washington, D.C., we have never opposed his hard line on trade – even if it has the potential to disproportionately hurt the Palmetto State in the near term.  On this issue, we believe Trump is working to reset the global economic balance in America’s favor – which will accrue to the benefit of all of our consumers.

Also, the last time we checked Trump’s tariffs were working.

As for Weathers, we have never been a big fan … especially when it comes to his agency’s costly, taxpayer-funded marketing scams.

Bigger picture, though, we have repeatedly railed against the intervention of government in the agriculture industry – especially when the current method of doling out farm subsidies allows corporate-run farming conglomerates to squeeze out their smaller competitors.

According to Joe Carter of the Acton Institute – a socially conservative, pro-free market think tank – the billions of dollars in farm welfare doled out by the government primarily benefits “big agricultural companies.”

“Because the government is giving some farmers money to produce more corn than people want, the price of corn seed is artificially inflated for all farmers,” Carter wrote.  “The result is that it cost small farmers much more to produce the crop but they can’t charge more to make up for the additional cost.  Over time, small farmers – even those who get subsidies themselves – are pushed out of the market altogether.”