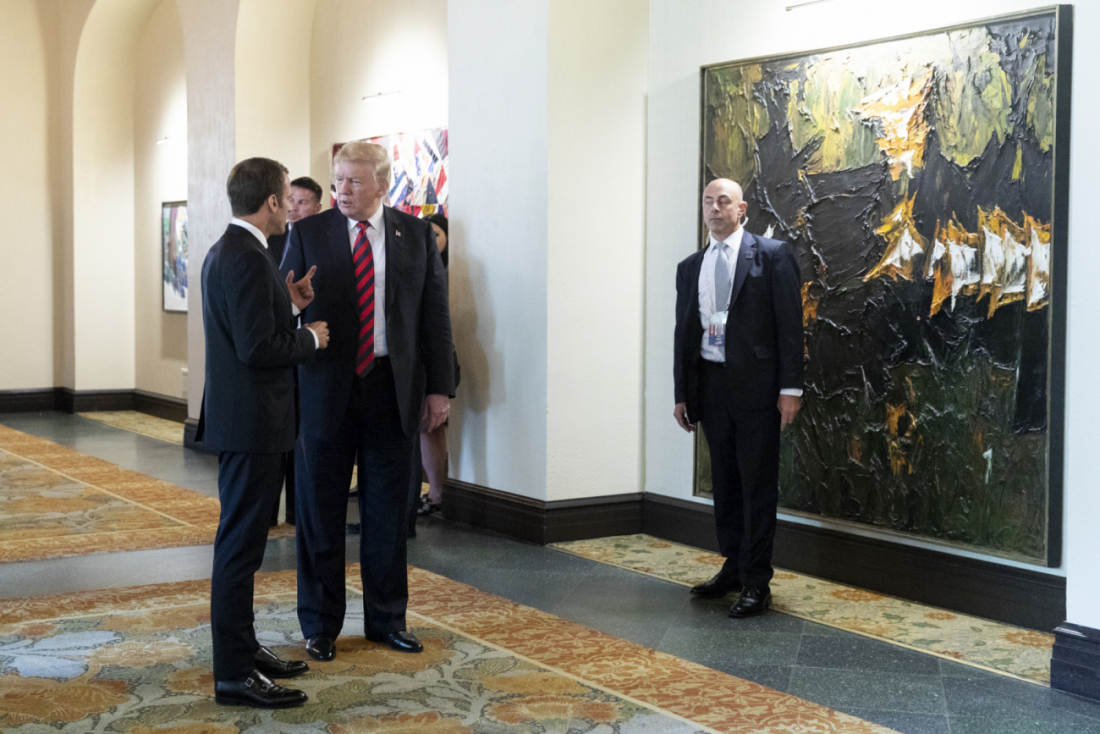 Trump’s tariffs – which have become an issue in early-voting South Carolina – are intended to restore some semblance of balance to the global economy.

“Either a country which has treated the United States unfairly on trade negotiates a fair deal, or it gets hit with tariffs,” Trump’s tweet added.  “It’s as simple as that.”

Worried about the impact of this trade war?  Don’t be, Trump insisted.

“All will be great,” he tweeted.

“Countries that have treated us unfairly on trade for years are all coming to Washington to negotiate,” Trump added in another tweet.  “This should have taken place many years ago but, as the saying goes, better late than never!”

While we have been deeply disappointed with Trump’s sellout on the tax plan and his lax approach to reining in spending in Washington, D.C. (here and here), we have never opposed his hard line on trade – even if it has the potential to disproportionately hurt the Palmetto State in the near term.

An old expression about eggs and omelettes comes to mind …

Also, the last time we checked South Carolina was doing a magnificent job shooting itself in the foot economically all by itself.

More fundamentally, we have always staunchly opposed so-called “free trade” – which we exposed in the run-up to the 2016 presidential election as nothing but a government-rigged game.  That’s why we supported Trump’s decision to pull America out of the crony capitalist Trans-Pacific Partnership (TPP) trade deal.

Nonetheless, economists in South Carolina are worried – especially as it relates to the trade war’s potential impact on BMW, the German-based automotive giant which has run a manufacturing facility in the Palmetto Upstate for the past three decades.

“A disruption to the automotive industry would have a disproportionately large effect effect that could result in job losses that number in the thousands – affecting both the manufacturers and the large automotive supply chain that extends statewide,” University of South Carolina economist Joey Von Nessen told The (Spartanburg, S.C.) Herald-Journal over the weekend.

Is he right?  Probably.  But there is a bigger picture to consider.

The bargain behind “free trade” was supposed to be as follows: America would lose some jobs in the short term, but the disposable income freed up by lower consumer prices would stimulate additional investment in the consumer economy – eventually creating more than enough jobs to make up the difference.

The juice from this command economic calculation simply wasn’t worth the squeeze.

Because clearly the era of obscenely big government has been disastrous for our nation (and our state).

As for Trump’s tariffs?  Hailing from the Palmetto State we wouldn’t necessarily call them “great,” but we do not oppose his attempts to reset the global balance in America’s favor.  We simply wish he was similarly uncompromising on taxes and spending.

#SwampWatch: George Will Does Not Have His Finger On America’s Pulse