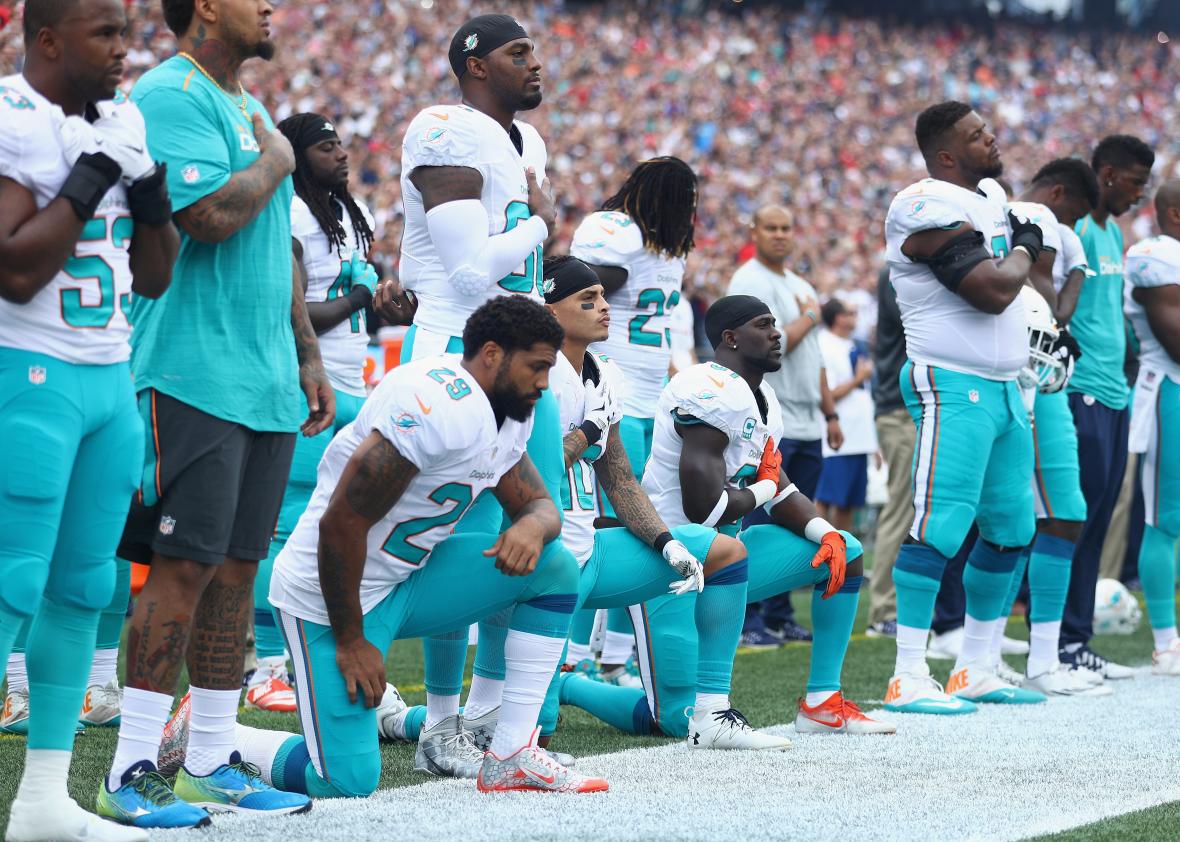 Rasmussen is taking some heat at the moment for its latest polling on U.S. president Donald Trump, although the firm was one of the only major pollsters to correctly call his victory in the 2016 presidential election.

So maybe its surveyors know something the others don’t …

Anyway, you don’t need a poll to know that things are looking bleak for the National Football League (NFL) – which has found itself embroiled in a culture war related to ongoing player protests of America’s national anthem.  These protests – and the NFL’s failure to address them in a coherent manner – have cost the league broad swaths of its audience.

NFL viewership plunged 9.7 percent during the regular season according to Nielsen. An estimated 14.9 million people tuned in to the typical NFL game during the 2017 regular season – compared to 16.5 million who did so in 2016.

And let’s not forget 2016 saw an 8 percent decline in viewership from the previous year.

Obviously the NFL remains the king of television during the fall months – but the controversy is clearing having an impact.  According to Rasmussen, 2018 could bring additional declines in viewership.

“Nearly one-in-four regular watchers of the National Football League say the threat of continuing on-the-field protests may make them turn off pro football this year,” the pollsters announced this week.

And remember … we were already dealing with a smaller overall audience after the 2016 and 2017 viewer exoduses.

This news site has consistently supported the right of players to express themselves as they see fit during the national anthem.  We don’t believe them to be credible protests of alleged social injustices, but whatever.  That’s open to interpretation.

“We’re libertarians, people,” we wrote earlier this year.  ” We would never object to anyone exercising their First Amendment freedom in a way that doesn’t impose upon the liberty of others.”

Of course, we similarly support those who decide to boycott the league as a result of these protests – or for any other reason they choose.  And given that the NFL and its franchises are private businesses, we support the right of its administration (and the rights of team owners) to fine, suspend or otherwise discipline players who refuse to comply with league policy on the national anthem.

Which begs the question … what is the league’s policy on the national anthem?

No one seems to know …

Back in May, owners implemented a new rule giving individual franchises the authority to discipline players who refuse to stand for the national anthem.  However, players were allowed the option of remaining in the locker room during the anthem if they did not wish to stand.  This policy was placed on hold in July, though, and as of this writing nothing concrete has replaced it.

Meanwhile, the networks that televise the league are looking to avoid the issue altogether.

“We generally have not broadcasted the anthem and I don’t think that will change this year,” ESPN president Jimmy Pitaro said earlier this month. “It’s not our job to cover politics, purely, but we’ll cover the intersection of sports and politics.”

Will you watch the NFL this season?